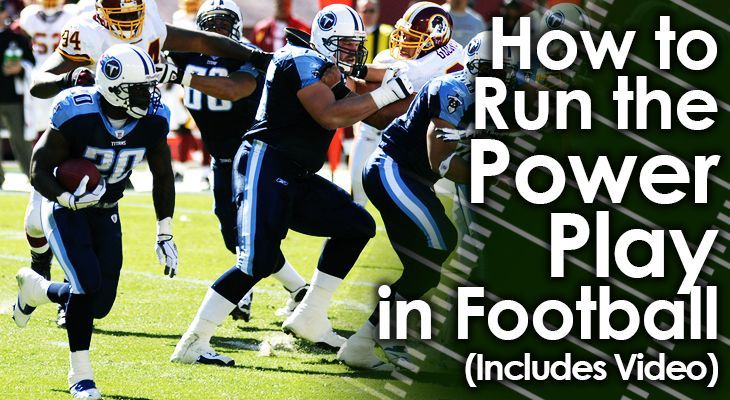 The Power Play is among the most used offensive plays in football today, with many teams running it out of multiple offensive formations.

This adds versatility, as even teams that like to spread the field with multiple wide receivers will sometimes need plays to gain just a few yards every once in a while.

Though ideal for short yard gains, teams can also use the Power Play at just about any point in the game, and from any spot on the field.

In fact, it's often called to get a huge gain via the running game.

The Power Play takes advantage of gap blocking by the offensive line, as well as a pulling guard that will serve as a quasi-lead blocker for the running back.

Below, we'll describe what the Power Play in football is as well as how teams run out it of two different offensive personnel groupings.

How to Run the Power Play in Football

The Power Play is a very popular running play in today's game.

It backs off the zone of gap blocking scheme that many offenses use, and also integrates a pulling guard to cause extra confusion for the defense.

In bigger offensive sets such as 21 personnel, the offense will have plenty of extra blockers along the line of scrimmage -- with a tight end at the line and a fullback in front of the running back.

Even in spread-like formations such as the 11 personnel, offenses can gain a significant man-to-man blocking edge with the H-back lining up as a wing back to add extra bodies to block.

While the Power Play may seem like it would fit only in short-yardage situations, many teams make use of it throughout an entire game.

Offenses can gain such a great blocking advantage with this play that it can break off huge runs for running backs. 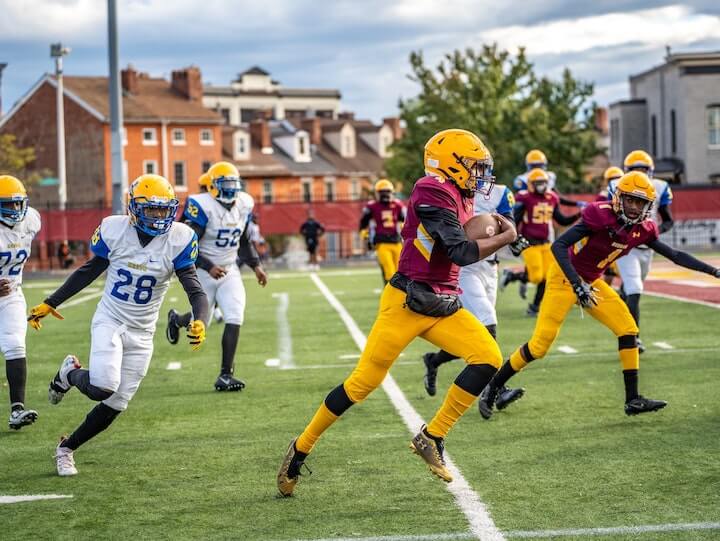 The Blocking Scheme for the Power Play

No matter what formation the offense runs it out from, the Power Play will feature the same blocking scheme.

It's all based on the rules of gap scheme blocking.

For this particular play, all offensive linemen, including the tight end, will block the player lined up in their gap away from the play side.

In other words, if the run is going to the right, then every offensive lineman will pick up the defender in the gap to their left.

Basically, their job is to block their defender to the other side of the field from where the run is going.

The only exception to this rule is the offensive guard lined up on the opposite side of the field where the play is being run.

That guard will pull behind the line and toward the play side, turning up field in the gap where the run is going. He'll serve as a lead blocker of sorts to pick up an outside linebacker.

For example, if the run is designed to go to the right side of the field, the left guard will be the one who is pulling to the right.

Since the Power Play is almost always run toward the outside of the line, the pulling guard will aim to turn upfield through the C Gap, which is between the offensive tackle and tight end.

Power Play Out of 21 Personnel 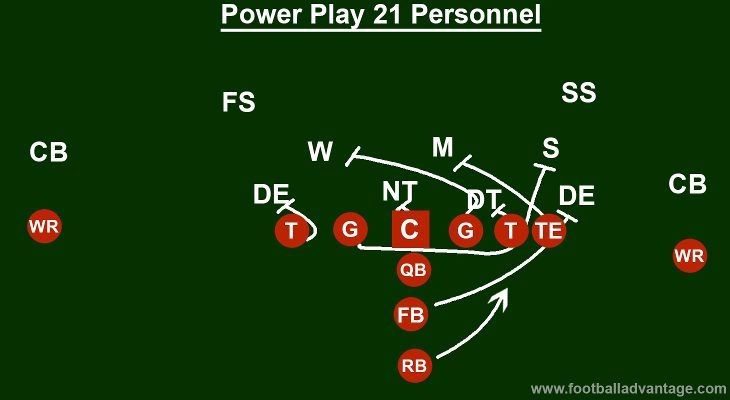 In 21 Personnel, there will be a tight end and fullback on the field, along with a running back and two wide receivers.

The wide receivers will be spread out wide to draw defenders away from the play. It's even possible that both receivers could start by lining up on the same side of the field -- away from where the play is going.

In this example, the offense will be in the I-Formation, with the fullback and running back lining up in a straight line behind the quarterback, who is under center.

At the snap of the ball, every offensive lineman will block down to the left.

The left guard will pull to the right, turning upfield through the C Gap.

His job is to pick up the outside linebacker.

The fullback's job is to kick out the right defensive end toward the right sideline, opening up the C Gap for the running back to go through.

Power Play Out of 11 Personnel 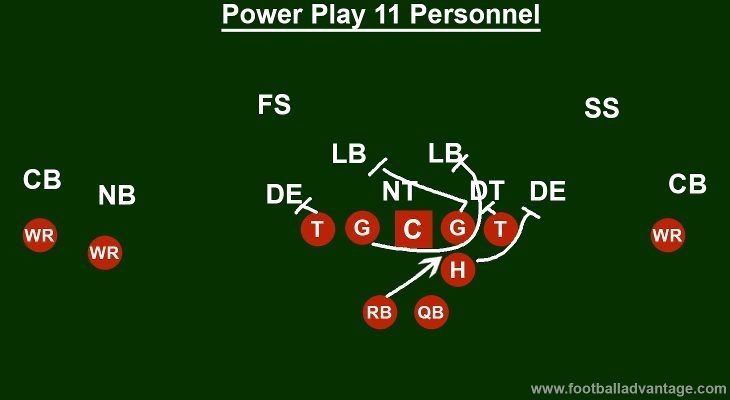 In 11 Personnel, the tight end is subbed for a H-back.

There's only one running back in the backfield, with the quarterback in shotgun.

There are three wide receivers on the field, and they'll be spread out wide away from the play to draw defenders outside.

Out of this formation, the blocking assignments will be the same.

The main difference is that since there is no tight end on the field, the play will go through the B Gap to the right instead of the C Gap.

The H-Back will have the same blocking assignment as the fullback in the 21 Personnel, kicking out the right defensive end. 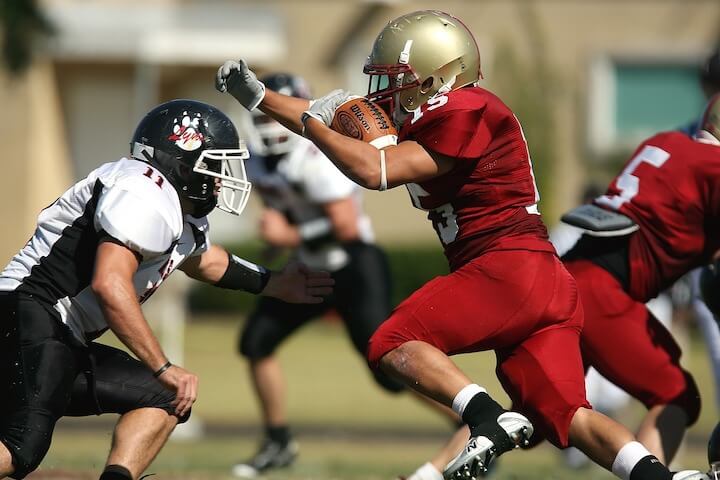 The Power Play is one of the most effective running plays, with teams increasingly running it out of multiple offensive formations.

The concept of the play stems from the zone gap blocking scheme, and it gives offenses a huge blocking advantage when matching up man to man along the line.

This running play isn't just used for short-yardage and goal-line situations, either.

It can be very successful at any point in the game, from any point on the field, to create huge running lanes and big plays for the offense.