What is an H-Back in Football? (Role and Responsibilities Explained) 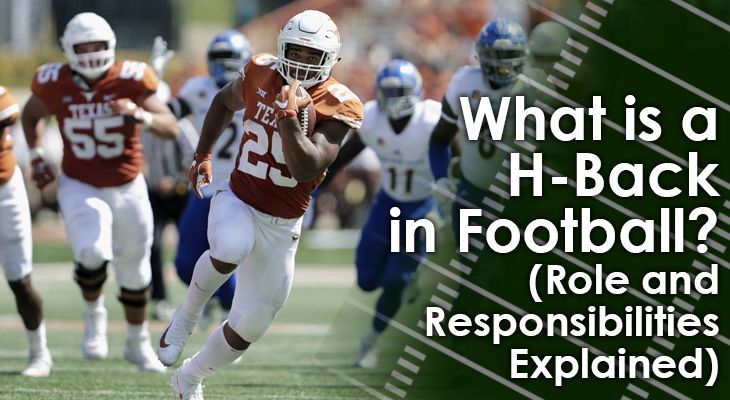 The H-Back was once a popular position in football that has seen a bit of a resurgence in recent years.

The position was first introduced by Joe Gibbs, a legendary head coach for the then-Washington Redskins of the NFL (now temporarily renamed the Washington Football Team).

It was later on renamed as the F-Back, but most coaches will still call it the H-Back. It's a sort of a hybrid between a tight end and a fullback.

The H-Back is mostly used to block but can also used catch passes and even carry the ball from time to time.

The player who plays the position should have a nice mix of skills between a tight end and a fullback.

The position can be integrated into an offense in any number of ways, and deployed in various ways to keep the defense guessing.

Let's take a closer look at what an H-Back is, and the position's main roles and responsibilities.

Where an H-Back Lines Up:

For formation purposes, the H-Back will serve as an additional tight end on the field.

They will line up to the outside of the offensive linemen, as tight ends do.

The one big difference is they will line up a few steps off the line of scrimmage, serving as one of the four players starting in the backfield.

An H-Back can almost be thought of as a wing back in Double Wing formations.

The big difference, though, is that there is only one H-Back on the field at any given time.

This player will also move around a lot more than a wing back would, and will carry the ball a lot less often.

The H-Back should be athletic, maybe even more so than typical tight ends.

They'll be moving around a lot in the backfield before plays, and all over the field after the snap of the ball.

However, because they serve as a lead blocker a lot, they'll need to be big and strong like tight ends are, too.

This is the part of the hybrid position that's much more like a traditional fullback.

On some plays, coaches can have the H-Back line up out wide and then go in motion toward the middle of the field.

The ending alignment for the H-Back could be directly between the quarterback and running back, setting up a power I-Formation.

On almost every play though, the H-Back will line up on diagonal from the running back and toward the last offensive lineman on one side of the field.

That doesn't mean they'll stay there, though.

Offenses using H-Backs will often have them go in motion before the snap to keep the defense guessing. 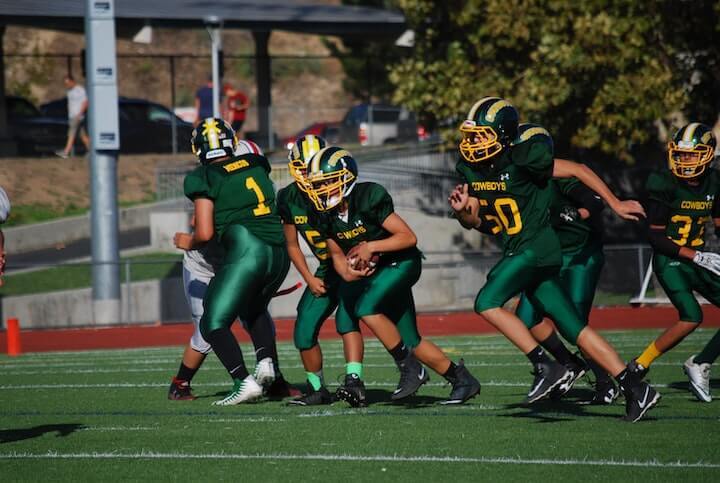 The H-Back as a Blocker

From his position in the backfield, H-Backs serve as the lead blocker on a number of plays.

Again, this will be where they serve more as a fullback.

Just because he'll be blocking, though, doesn't mean he'll line up directly in the middle of the field.

Offensive coaches also need to be cognizant of not tipping their hand too much as well.

They can't just always run the ball where the H-Back lines up, otherwise the defense could pick up on that trend.

On running plays, the H-Back could start outside, then curl inside to serve as the lead blocker through either the A Gap or B Gap.

They can also start inside, then curl to the outside to serve as lead blockers on sweep plays or outside runs.

Or, H-backs could do the opposite and stay within his lane, per se.

On these running plays, H-Backs pick up the first defender they come across as they get to the line of scrimmage.

They'll need to react quickly and see where the defender is coming from, since they aren't assigned a specific defender to block.

Their main responsibility here is to prevent this defender from getting by him and tackling the running back.

The H-Back as a Receiver

Sometimes H-Backs can also be asked to run passing routes.

This is where they serve more as a tight end.

Because they line up in the backfield, it's quite easier to hide the H-Back from defenders.

This gives them a slight advantage as they begin to run their route.

Smart offensive coaches take advantage of this and choose passing routes that keep the H-Backs hidden for as long as possible.

H-Backs usually run shorter routes such as Flat routes, In and Out routes, and an occasional Slant route.

Coaches can get very creative in the passing game with an H-Back.

The H-Back could run up the middle through one of the interior gaps before running his Out route, for example.

This is different from typical tight ends who run their routes from the outside of the line of scrimmage.

The position's main roles here are to run crisp routes and catch the football as it's thrown to them.

The H-Back needs to be sure-handed -- making solid catches and hanging onto the ball.

It's more important to avoid fumbling the ball rather than gaining tons of yardage.

The H-Back is making a comeback in today's game of football, and for good reason.

It's a versatile football position that allows offenses to deploy different tactics to keep defenses guessing.

This is why players who want to become H-Backs need to develop a hybrid set of skills.