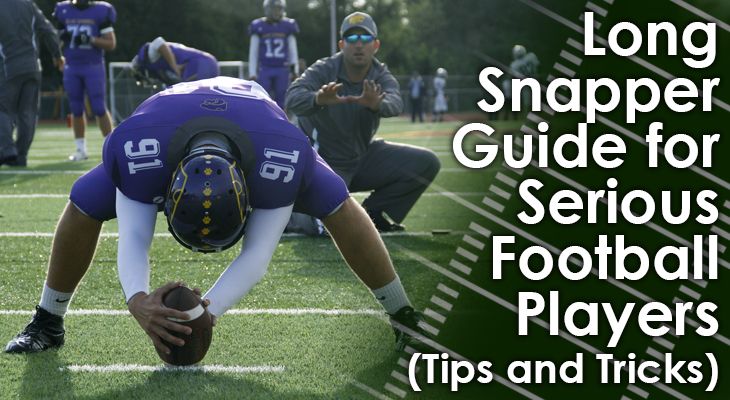 Long snappers don't get a lot of attention, but they have a significant role in special teams.

In fact, when no one notices a long snapper, it means they're doing a good job.

It's only when they messes up that they start getting noticed.

While it may not be a popular position with many youth football players, it's a great position that holds immense value for football teams.

There are specific traits, roles, and responsibilities that long snappers need to have to be great and effective.

Let's take a look at all the aspects of what makes a great long snapper.

Traits of a Great Long Snapper

Balance is one of the biggest traits that long snappers must have.

They start every play in a bent-over position then must look back between their legs at their target.

Then they have to snap the ball back with force then quickly get back up to block rushing defenders.

If a long snapper doesn't have great balance, they won't be able to accomplish all this while staying on their feet.

Long snappers have to maintain great posture and positioning so they can use their strength to their advantage.

The main duty of a long snapper is right in the position's name -- they use their arms to throw, or "snap," the ball to their target.

Because their target is at least seven yards behind them, it's considered a long snap.

They basically throw a football upside down, behind them, and through their legs.

It takes a lot of arm and upper body strength to be able to throw the football this way and with enough force.

Being able to snap the ball with power is one thing, but if the snap isn't accurate, it could cause catastrophe.

So, not only must long snappers be able to throw with power, they must be able to do so with pinpoint accuracy, too.

Long snappers must try to put the ball exactly where the punter or holder is.

You don't want the target to have to move around too much to gather the ball.

A snap that hits ground, flies high into the air or goes too much to either side, may cause a blocked kick attempt.

In the worst-case, an inaccurate snap could even result in a huge turnover for the team.

A long snapper has a few roles and responsibilities:

This is the primary duty of a long snapper.

The ball should reach the target quickly and accurately for the team to have a better chance at a successful kick attempt.

Whether it's a punt, extra point, or field goal try.

Unlike other positions in football, their main responsibility matters so much more than every other one for a long snapper.

If the snap isn't delivered properly, then nothing else really matters.

After delivering the snap, long snappers must get up and hold their ground.

Like any other offensive lineman, they're tasked with blocking oncoming rushers trying to get into the backfield.

The big challenge for long snappers are that defenses often try to clog up the middle of the line with multiple rushers on kick attempts.

This is because defenses try to take advantage of the time it takes for the long snapper to throw the ball before getting back up to block.

This makes the long snapper's blocking duties even more challenging.

Though we mentioned the need for a strong arm, being a long snapper also requires a lot of lower body strength.

Their lower body will be the anchor point as they bend (to deliver the snap) then quickly get up to hold their ground.

If you want to be a great long snapper, start first with building up your lower-body strength.

This may go without saying, but snapping isn't a natural motion.

It's not natural for people to throw a football, bent over and through their legs.

Because of this, it takes a lot of practice to get the motion right.

You may have all the other traits, skills and talents down to a T, but if you can't snap the ball with power and accuracy, you can't really be a good long snapper.

So, if you want to give it a try, work first on actually snapping the ball. 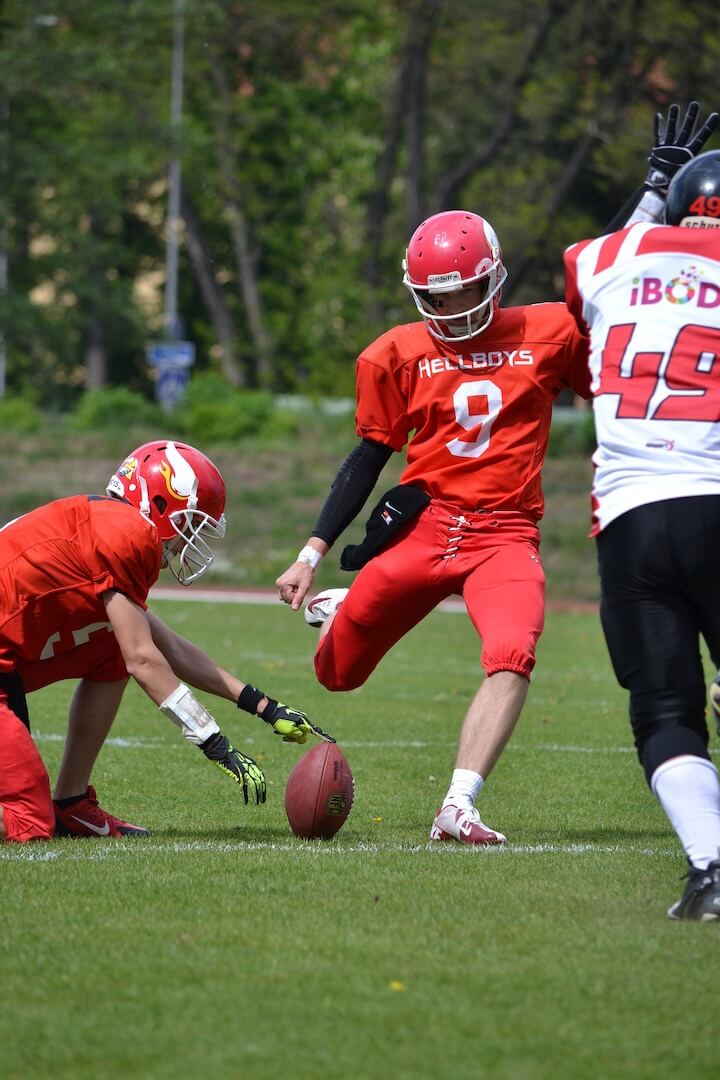 Long snapper isn't the position most players aspire to become when they grow up.

That is usually left for quarterbacks, running backs, wide receivers, and other defensive positions.

Still, the long snapper is an extremely important position for a football team.

When long snappers do their job properly, all things work out smoothly.

When they don't, there can be catastrophe that can occur on the field.

That's why great long snappers are hardly ever noticed -- and that's a good thing.