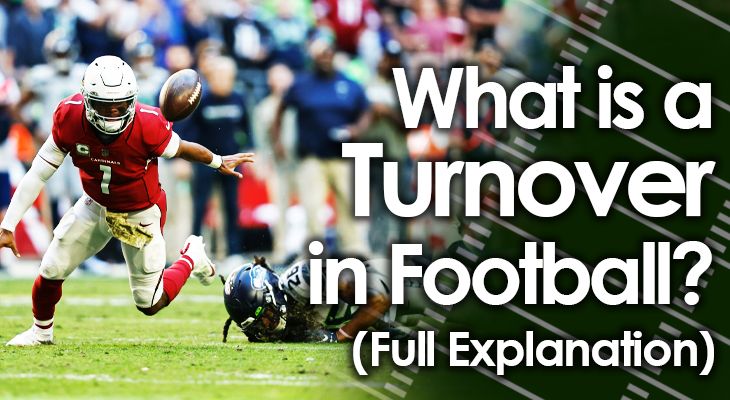 Each offensive drive will end one of three ways:

Below, we'll describe what a turnover in football is, how impactful it can be, as well as the three different types of turnovers.

What is a Turnover in Football?

A turnover in football occurs whenever the offense loses possession of the ball.

On every possession, the defense attempts to force the offense to commit a turnover. When successful, it's called a turnover.

(Offenses will obviously do everything in their power to avoid committing turnovers.)

Turnovers are extremely impactful plays in a football game, as they result in an immediate change in possession.

They can cause the field to "turn around," as the saying goes, because the other team's offense will take over at the spot where the defense caused the turnover.

In addition, it's even possible for the defense to score points directly after they've caused a turnover.

Let's look at the three different types of turnovers in football, how they occur and what happens afterward. 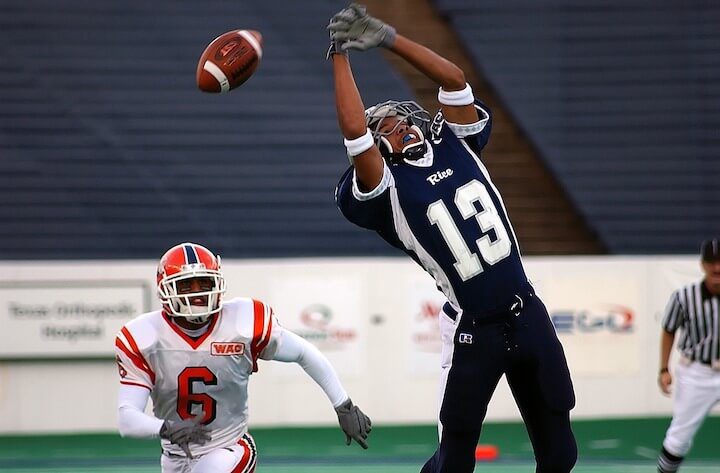 One type of turnover is the interception, and can happen any time the offense passes the ball.

An interception is basically a reception recorded by the defense rather than the offense.

As receivers run passing routes, the quarterback will try to throw them the ball to gain yardage.

But if a defender ends up catching the ball instead of the target receiver, it's considered an interception.

The same rules apply for a successful interception as they do for a reception...

The defensive player must catch the ball in the air before it hits the ground, control it with full possession, and then come down with two feet inbounds.

Once a defender records an interception, the play will continue, giving him the chance to advance the ball as far downfield as he can.

When he either gets tackled or forced out of bounds, the play will stop.

His team's offense will then take over at that spot, and have a first-and-10 from there.

If the defender ends up returning the interception all the way into the end zone, he will score a touchdown and his team gets rewarded 6 points -- just as if the offense scored. 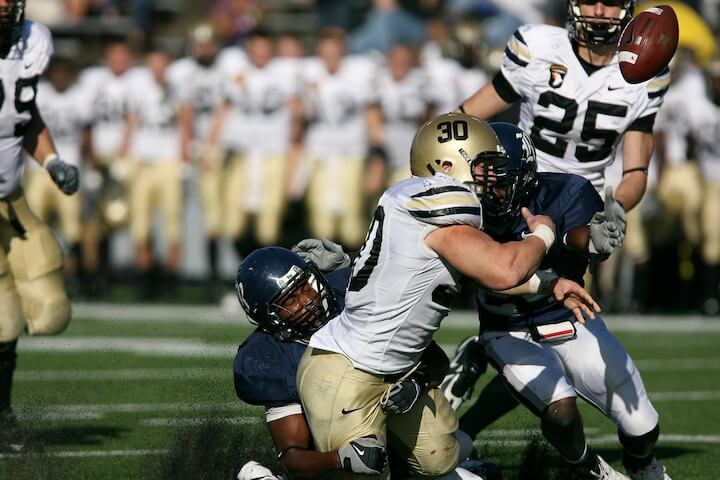 A fumble is a type of turnover that can happen on either passing plays or running plays.

It happens when an offensive player has full control of the football and then loses it subsequently -- either when he's hit, while he's getting tackled, or completely on his own.

First, the offensive player must have full possession of the ball.

It can also happen after a receiver makes a successful catch.

Second, the offensive player will then lose control of the football.

The football can pop out of his hands and hit the ground, and the play will continue since it wasn't an attempted pass.

At this point, the ball is basically up for grabs...

Any player on the field can pick it up, whether he's on offense or defense.

If a defender gains possession of the ball this way, it's called a fumble recovery.

The defender can either fall down on the ball to secure it or pick it up and try to run with it, just like a defender would do after an interception.

A successful fumble recovery means the defensive player must gain full possession of the ball before it goes out of bounds -- including having two feet inside the field of play.

The final type of turnover is what's known as turnover on downs.

This happens any time the offense isn't able to convert a first down on their four downs.

In football, the offense won't always punt the football on fourth down, even if they are outside the range where they could attempt a field goal.

In these cases, if the offense isn't able to convert the first down -- or score a touchdown -- then their drive will end and the defense will take over possession at that spot on the field.

This is referred to as a turnover on downs. 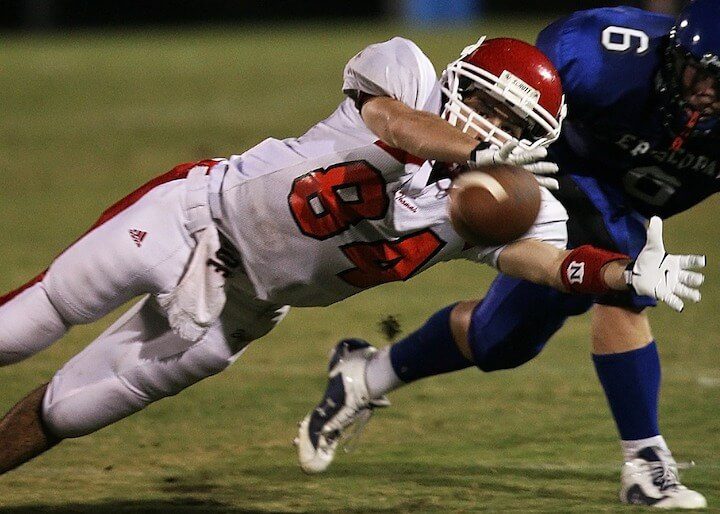 Turnovers are some of the most impactful plays that can happen in football.

They result in a complete change of possession right away, immediately halting an offense's drive.

In rare cases, defenses are able to score points on a turnover, when they record an interception or fumble and then return it for a touchdown.

Offenses naturally work hard to reduce their turnovers, while defensive players are always trying to record them.