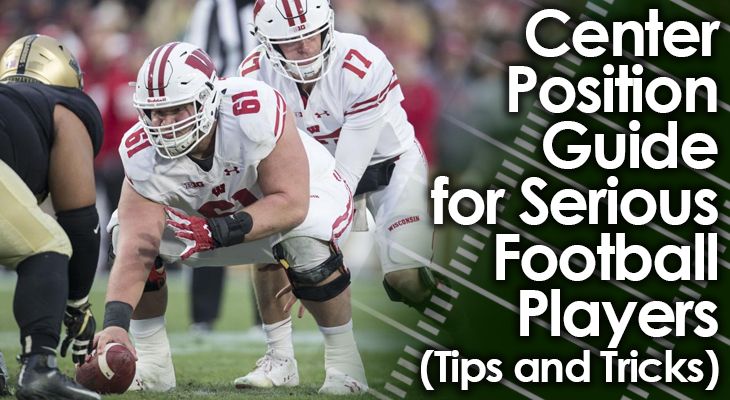 Centers don't get a lot of credit or attention along the offensive line.

But a center does much more than just snap the football to the team's quarterback.

They're the unofficial captain of the offensive line, helping identify blitz packages and certain defenders to pick up.

They're even responsible for calling out certain adjustments and assignments to the rest of the offensive line.

Let's take a look at all the aspects of what makes a great center.

5 Traits of a Great Center

As the quarterback of the offensive line, centers have a lot to analyze before they even snap the ball.

They must identify who (if anyone) will be blitzing from the defense. They also must recognize extra defenders who might approach the line of scrimmage so the line can pick up the blocking assignments.

In order to do this and call out the right blocking responsibilities to the other linemen, centers have to know how to read defenses.

This isn't something that is innate or that happens overnight.

It takes a lot of studying, a lot of hard work, and then applying that work in the film room to what they see in front of them on the field.

Players who are hesitant to speak up (or yell up, really) during a game will not likely be a good fit as a center.

Centers are very vocal, and they're confident and assertive in every call that they make.

This is an extremely essential part of a center's game.

He must be confident in the defensive reads he's seeing in front of him and then call out the proper blocking assignments to the rest of the line.

If he isn't confident in this, it can lead to missed blocking assignments -- and potentially an injury for a quarterback or ball carrier.

The center must also be loud enough that everyone on the line can hear him, even over the quarterback yelling out calls and defensive players doing the same.

The first thing a center will do on every play is snap the football to the quarterback.

Whether it's with the quarterback "under center" or in a shotgun formation, the snap is an often-forgotten play in football.

A snap that's off even a little bit can be disastrous for the offense.

If centers aren't precise with their snaps, they can ruin an offense's momentum in just a few seconds.

So while a lot of attention gets put on other aspects of a center's game, it all starts with that vital snap.

There are some specific traits that make up offensive tackles and offensive guards.

Tackles are typically much bigger, longer, and stronger. This is necessary as they take on defensive ends who are rushing from the outside.

Offensive guards are a little leaner and more mobile, but still strong enough to take on big defensive tackles and linebackers.

Centers are a mix of all of this.

They're big, but not too big. They're mobile, but not only mobile.

In other words, centers have to do a little bit of everything, which is why it's so important that they're versatile.

The words "athlete" and "offensive linemen" aren't often spoken together.

But in reality, all offensive linemen are very athletic.

Centers, though, are the most athletic of all the offensive line positions.

Centers must be able to quickly snap the ball and still get off and block big defenders, while other offensive linemen just have to explode out of their stance without having to worry about a snap at all.

Centers are often asked to pull on run plays to the outside, or get to the second level to block linebackers in zone-blocking schemes.

At the same time, they must be able to move their feet quickly to pick up blitzing middle linebackers on passing plays, and take on huge nose tackles without getting put flat on their backs.

Without extreme athleticism, none of this would really be possible. 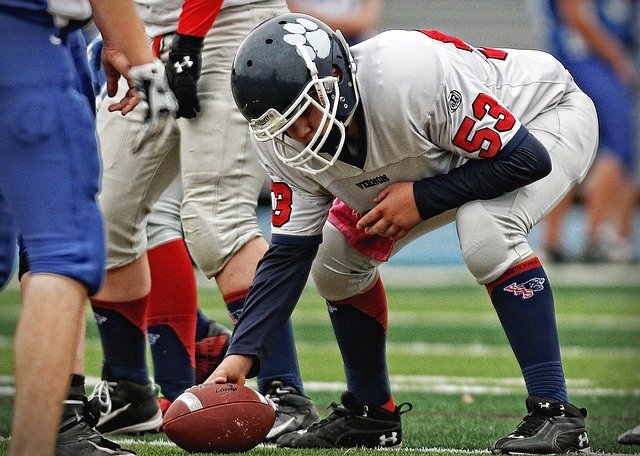 Before the snap even happens, the center must scan the defensive alignment and identify the proper blocking assignments for the rest of the line.

In upper levels of football, this is a primary responsibility of the center.

What the center is looking for is the main middle linebacker (known as the Mike), as well as any other players who may be approaching the line of scrimmage to serve as an extra rusher.

He will call out the defensive keys that he sees, and point at certain players on the defensive side of the ball -- letting the other offensive linemen know what he sees.

Again, a center's primary responsibility is to snap the ball effectively on every play.

If he isn't able to do this responsibility well, then everything else that they do is really a moot point.

It's in the middle of a long snap, and must travel about 5-7 yards in the air, on a line. And he must do this all through his legs, while bending down and looking backward through his legs.

Centers can be at a major disadvantage when the defense lines a nose guard right over top of them before the play starts.

This forces the center to snap the ball and then immediately block a massive defender.

Even when a nose guard isn't lined up right over him, the center must gain proper leverage on defenders -- both at the line of scrimmage and at the second level of the defense.

When blocking both nose tackles and linebackers, it's essential the center gain significant leverage.

They can do this by staying low the whole time and being strong on their feet. They need to explode out of their stance and then explode whenever they are initiating contact with a defender.

Much of the focus of pass protection along the line is focused on the offensive tackles.

That's because the defense's best pass rushers are often the defensive ends, who are lined up on the outside of the line.

That's also where a lot of blitzes from safeties, linebackers, and cornerbacks come from.

But, it also starts in the middle of the line, with the center.

On passing plays, centers must set the pocket. If they aren't able to hold up the middle of the field, every other part of the pass protection will fall apart quickly.

The shortest path to the quarterback is straight up the middle for the defense.

That's why it's so important that the center picks up the pass rush immediately to give the quarterback enough time to find an open receiver before he's flushed out of the pocket.

3 Tips for a Football Center

If you want to be a good center, you're going to have to be able to understand not just how to play your particular position, but how offenses and defenses in general are run.

You need to learn the basic principles of offensive plays and what defenses often do to counter them.

The only way to really do this is to study the game.

Centers should spend a lot of time in the film room, often with quarterbacks who are doing the same thing. Learning to read defenses takes a lot of studying.

To snap a ball powerful and effectively, a center must have really strong wrists and forearms.

He won't be throwing the ball with their full arm like a quarterback, but rather just using mostly their forearms and wrists to generate the power.

Because initial contact after the snap for a center often comes right away, it's also important that centers have strong wrists and forearms to immediately gain leverage on defenders.

They'll need to deliver a powerful and effective punch to gain body control over defenders, and it takes strong wrists to do that.

Centers need to be really agile.

That characteristic is necessary for bending their bodies properly to snap a football and then get into the proper blocking position.

Centers can build agility by doing a lot of footwork drills.

They also can build agility through standard pre-practice warm-ups such as shuffles, backpedals, and high knees.

A center in football is often an undervalued position, but there may be no important position along the offensive line.

If you want to be a great center, you'll need to have unique traits that help you accomplish your roles and responsibilities on every play.