What Is a Blitz in Football? (Explained) 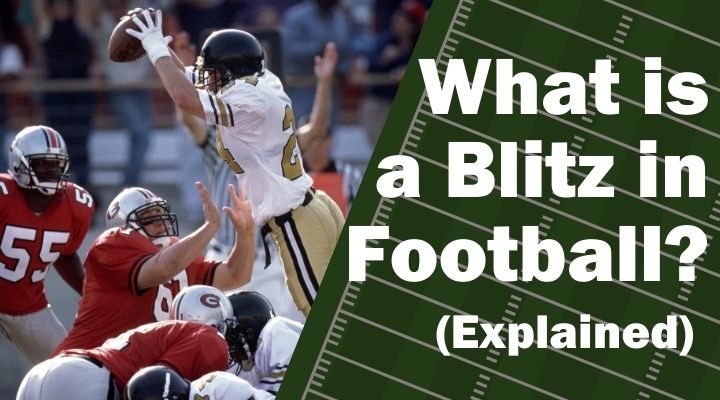 A blitz in football is easy to define.

Simply put, it's a play call by a defense that's designed to rush the quarterback with more defenders than there are blockers.

For example, if there are 5 blockers on an offensive play (the 5 offensive linemen), then a blitz would be a play that has 6 players rushing the quarterback.

Pretty easy to define, isn’t it?

But just because a blitz is an easy concept to understand doesn't mean that it's easy to execute properly.

A good defensive coach will know the best time to call a blitz and what particular blitz to call in that situation.

When a defense calls a blitz, it's a risk they’re taking.

With a blitz, the defense is sacrificing conservative play for the opportunity to put extra pressure on the offense at the line of scrimmage.

Let's take a closer look at why you’d want to run a blitz and what type of blitzes you can run. 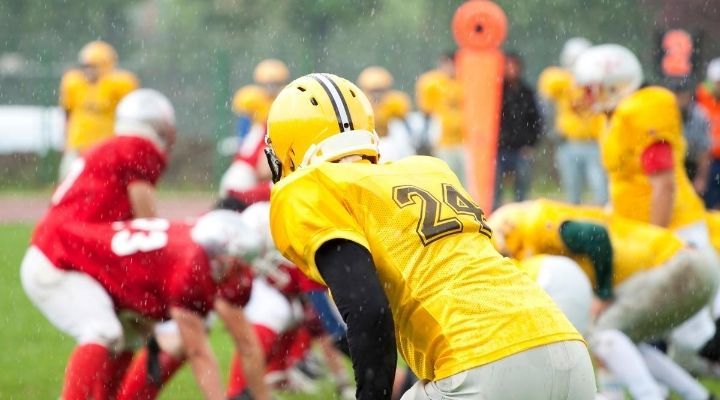 The Goal of a Blitz

You might think that a defense would blitz just to put pressure on a quarterback, but there are other reasons to run a blitz as well.

There are 4 main reasons why a defense might run a blitz.

A blitz can be called on first down to create an incomplete pass or a lost-yardage situation so it's hard for the offense to move the ball.

A blitz can be called on third down to force a sack or an errant pass so the offense has to punt. 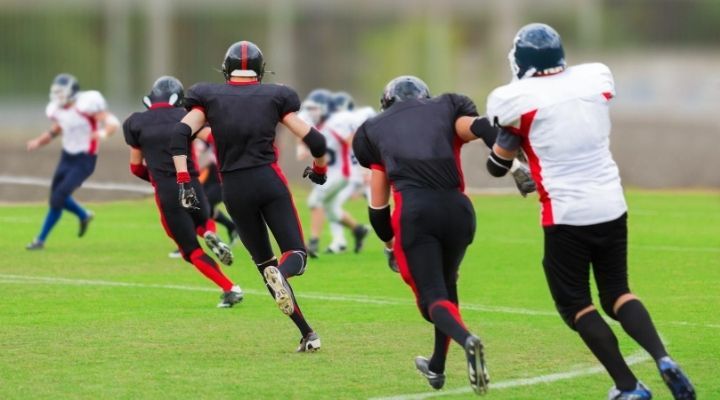 Blitzes can be run out of both zone defenses and man-to-man defenses.

Man-to-man is exactly the opposite.

The defenders behind the rushing players will be responsible for covering a specific offensive player if the play called is a pass.

They’ll have no extra help and must cover that player no matter where he goes on the field.

For all the different blitz packages we'll discuss here, we'll assume the defense is running a base 4-3 formation.

That means there’ll be 4 defensive linemen (2 defensive tackles and 2 defensive ends), 3 linebackers (a Mike, Sam, and Will) and 4 defensive backs (2 cornerbacks, a free safety, and a strong safety).

In this blitz, the extra pressure will come right up the middle.

The Mike linebacker will blitz through one of the A gaps, between the center and one of the offensive guards.

To create the extra pressure, either the Sam or Will linebacker will blitz through the other A gap.

This puts a ton of pressure straight up the middle of the offensive line.

Along with the defensive tackles, the 2 linebackers blitzing creates a 4-on-3 situation with the 2 offensive guards and the center.

This blitz scheme will seek to attack the offense on the outside edge of the line.

The Mike linebacker will rush the quarterback on this play, too.

This time, though, he’ll attack through the B gap on one side of the field, between the offensive guard and offensive tackle.

Then, the linebacker on that same side of the field will blitz the C gap to the outside of the offensive tackle.

This will put all the pressure on the outside edge of the offensive protection scheme.

The offensive guard and offensive tackle on that side of the field will need to account for 3 or even 4 rushing defenders in the defensive tackle, defensive end, Mike, and either Sam or Will.

One quick variation on the outside blitz would be to have both outside linebackers rush the quarterback while having the Mike drop back into pass coverage.

This would put extra pressure on the offensive tackles on both sides of the field.

Some NFL defenses will even drop a defensive tackle or defensive end back into pass coverage with these blitzes, asking them to serve as quasi-linebackers

That may be a little too complicated for youth football teams, though.

The final common blitz scheme involves rushing one of the members of the secondary.

If the defense decides to blitz a cornerback, then the idea is to create extra pressure on the quarterback to force a quick and errant throw.

Since cornerbacks often don't tackle well, their job when they blitz is to simply push the quarterback out of his comfort zone.

If the defense decides to blitz a safety, then the goal may be to create a sack or stop a running play in its tracks.

Safeties are better tacklers, so a defense can aim to do more than just move the quarterback out of the pocket when they blitz these players. 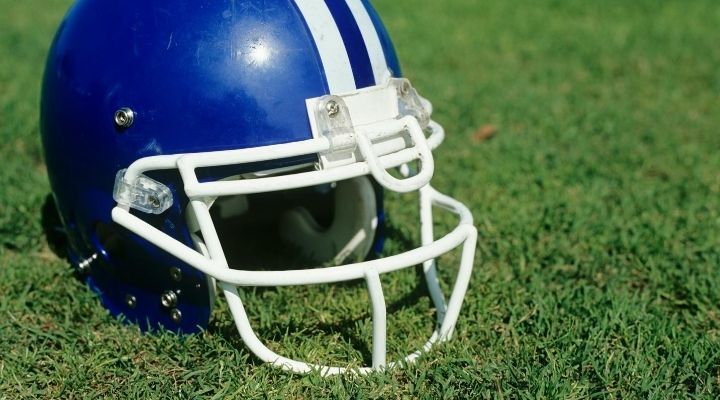 A blitz in football is a scheme that defensive coaches will use to create extra pressure on the offense.

This can be done for passing plays and running plays, though. Blitzes aren't all about sacking the quarterback.

Defensive coaches can call different types of blitzes, too, by bringing the extra pressure on the inside or outside of the offense -- and by asking different players to blitz.