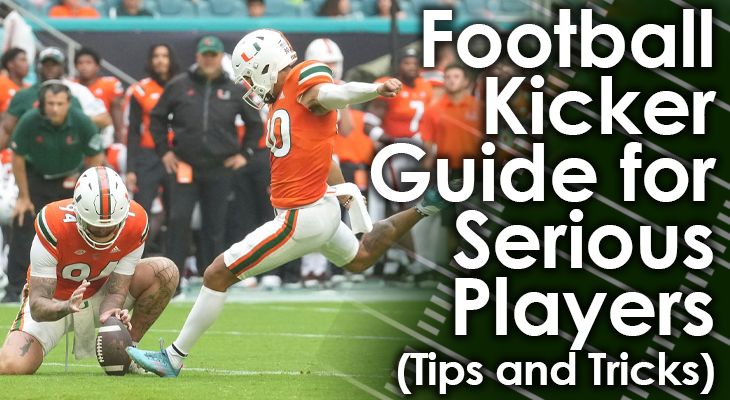 Kickers in football don't get a lot of attention and notoriety -- until they make a mistake or win a game with their leg.

This doesn't mean they're not important, though...

Quite the opposite, in fact.

Kickers are so important to the game of football that one simple mistake on their part can turn a game around in the wrong direction.

On the flip side, one great kick they make can turn the game around in the positive direction, or even win a game outright.

If you want to become a great football kicker, there are some things you should know about the position and what skills and traits you'll need.

Let's take a look at all the aspects of what makes a great football kicker.

Traits of a Great Kicker

This one might be obvious, but kickers need to have strong legs, as they use them to kick the ball far and with a lot of power.

But, it's not just their kicking legs that must be strong... They must have a lot of lower-body strength overall to help them pivot, plant, and push off.

Kickers use their strong legs to boot the ball far downfield.

At the same time, they need to be very flexible because the motion their bodies take in order to do so isn't very natural.

They will essentially "swing" their lower bodies around in order to get the proper power behind their kicks.

In many ways, this is very similar to how baseball pitchers must move and twist their bodies in order to throw a ball fast.

Kickers aren't called on to actually play in a big percentage of a football game.

When called on, though, their job is extremely important.

As mentioned earlier, a lot rests on the legs of football kickers.

Whether it's a punter, a place kicker or a kickoff specialist, these players have very important jobs, and a game can turn one way or the other based off the few plays they're involved in.

Not only do the need to perform in high-pressure situations where they're singled out from all other players, they need to stay focused while sitting for most of a game.

They can't let their mind wander or lose focus just because they haven't been on the field for a while. 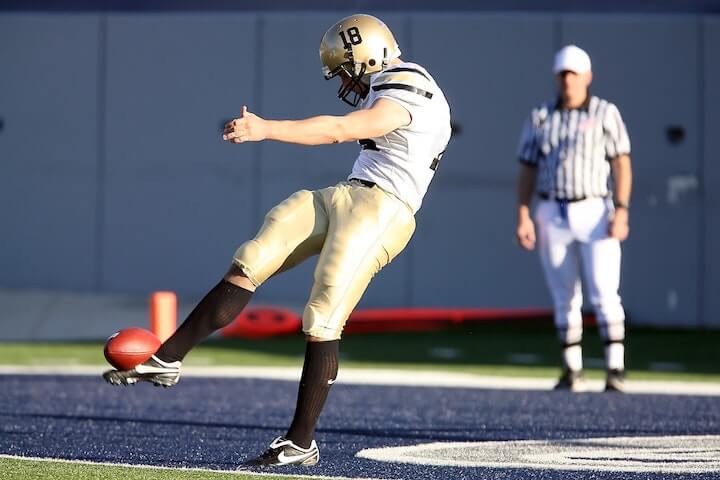 The main responsibility of the position is to be able to kick consistently.

They have to consistently perform their main duties "up to par."

What separates great kickers from ordinary ones is the ability to repeat their solid performance on a consistent basis.

Those who are erratic in their performance aren't able to make far very often.

For punters, this means they need to use the right punting technique to consistently boot the ball far or put it in a specific place when needed.

For place kickers, this means they need to convert extra point and field goal attempts on a consistent basis.

This isn't necessarily a role or responsibility...

...but rather an indication that a football kicker is doing a good job.

One of the famous sayings about referees in sports are that the best ones go almost completely unnoticed.

If referees become a focal point of a game, it most likely means that they've missed a call or aren't having a great game.

The same goes for football kickers.

When they're doing their job well, they're hardly ever noticed. The game just keeps going, and most of the attention goes to other players.

When they do get noticed, more times than not, it's because they've failed to perform well. Either they missed an easy field goal or extra point attempt, or a punter shanked a punt.

The one obvious and more than acceptable exception is when a kicker becomes the focal point of a game because he nailed a high-pressure winning field goal, for example.

Tips for a Football Kicker

A lot of football kickers on TV look very small, at least compared to most of the other players on the team.

And that's true... they are often smaller compared to other football players.

But that doesn't mean they aren't strong.

If you want to be a great football kicker you need to hit the weight room and dedicate your training to building strength.

One of the nice things about being a kicker is that you can focus a majority of your off-field work to building strength.

You don't have to worry as much about building stamina, for example.

As mentioned, it's very important to build flexibility.

And a great way to do this is to stretch a lot.

Create a comprehensive stretching program and stick to it consistently.

Get a partner or a coach to help you get an extra stretch in so that your body can contort in ways that you wouldn't be able to do on your own.

This will help you be able to swing your body in the motion that's needed to complete a successful kicking motion -- whether you're a place kicker, punter or kickoff specialist. 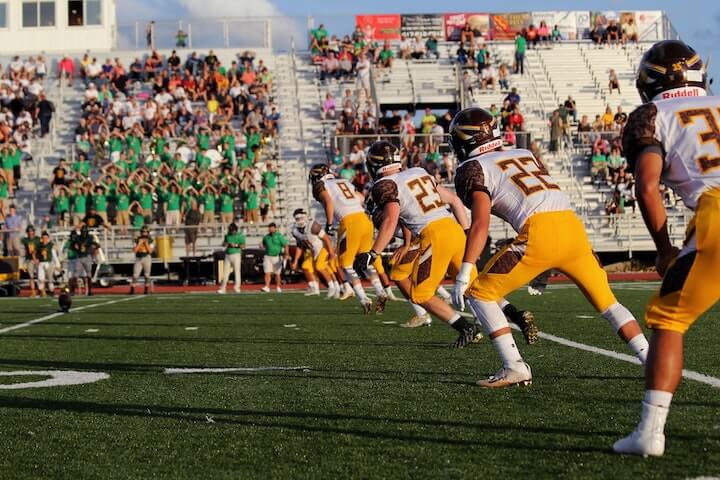 Kicker is one of the least glorious positions in all of football.

It can be a thankless position, as they are often chided when they make mistakes.

While there certainly isn't a lot of room for error, it's an extremely important position to the game.

So, if you want to be a great football kicker, follow the advice above.