What is a PAT in Football? (Explained) 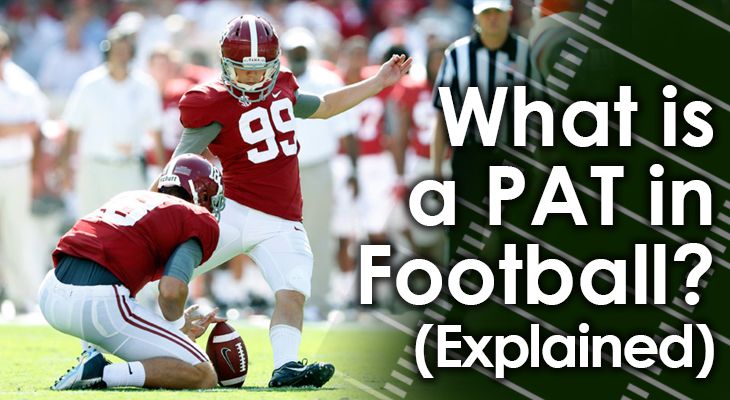 If you watch an NFL game, you might think that all touchdowns are worth 7 points.

That's because in most cases when a team scores a touchdown, you'll see their score increase by 7 points.

But if you're new to the game of football, what you might not realize is that there are two parts to every touchdown.

When a player crosses the goal line with the ball in his hand, his team scores 6 points.

Then, that team has the opportunity to score one additional point through what's known as a PAT -- or a Point After Touchdown.

If the attempt is successful -- which it often is in the NFL -- the team will get one additional point -- scoring a total of seven points.

The way leagues score and handle touchdowns is the same at every level of football.

Let's take a closer look at how it all works so you can see what a PAT in football really is.

A Choice for a PAT

After a team scores a touchdown, they will have a choice for their PAT.

This wasn't always the case in the NFL, but the professional league changed its rules to match what other leagues allowed. 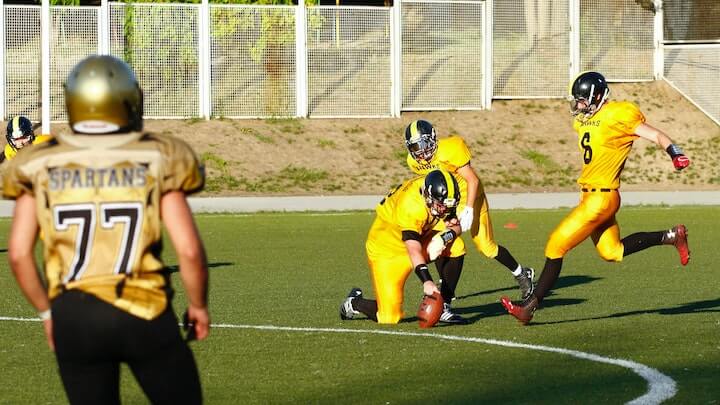 The first option is to attempt a kicking PAT.

This involves a place kicker trying to kick the ball through the uprights, just as he would for a field goal attempt.

If he is successful in doing so, the team will gets one additional point.

There are slightly different rules for PATs at each level of the game of football, which we'll go into more detail in a bit.

The second option is to attempt a 2-point conversion.

As you might deduce, if the team is successful at converting this attempt, they get two additional points instead of one.

This means their touchdown would result in a total of eight points, rather than seven.

Again, there are different rules at each level for a 2-point conversion.

The basic rules for a PAT are the same at every level of football.

After scoring a touchdown, a place kicker has the opportunity to convert a kick through the uprights.

The team will line up in a normal place kick formation. The long snapper will snap the ball to a holder, who will place the ball down on the field on one of its tips. The place kicker will then attempt to kick the ball between the two uprights on the goal post.

If it goes through, it's successful -- if not, then it's unsuccessful and the team scores a total of only six points.

These rules are exactly the same for ALL levels of football.

Where the PAT is Attempted From:

Where teams take their PAT from is what differs from one level of football to the next.

In high school, college and youth football, teams attempt their PATs from the 3-yard line.

PATs in the NFL, on the other hand, now start from the 15-yard line.

They used to be attempted from the 2-yard line, but the league decided to change the rule in 2015 to add a bit more difficulty to the PAT.

How Far is the Kick?

Where the PAT is attempted from is where the ball is lined up for the play.

In other words, that is where the line of scrimmage will be.

Typically, the kicker will actually kick the ball from about 7 yards behind that spot.

In addition, the goal posts are located in the back of the end zone, or 10 yards beyond the goal line.

So, for youth, high school and college football, this means the PAT will be the equivalent of a 20-yard field goal.

This gets broken down as follows:

In the NFL, the PAT is the equivalent of a 32-yard field goal, using that same math with the different spot of the ball. 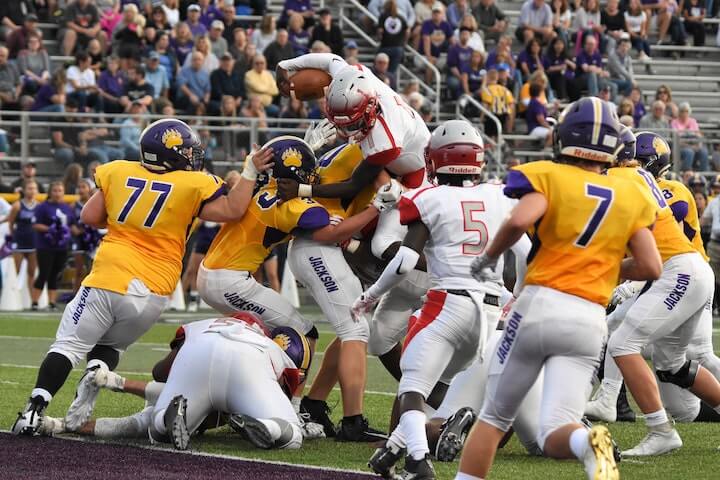 The 2-point conversion has been around in youth, high school, and college football for quite some time.

It was originally offered in college football in 1958.

The first 2-point conversion wasn't attempted in the NFL until 1994, though, and it was used only rarely until recent seasons (once the PAT rule was changed).

The rules for this are basically the same as the PAT rules.

In youth, high school, and college football, teams going for a 2-point conversion will get one untimed play from the opponent's 3-yard line.

They will get to run an offensive play to try to cross the goal line with the ball.

If they do, they'll get 2 points -- zero points if they're unsuccessful.

2-Point Conversion in the NFL

In the NFL, the rules are exactly the same.

The only difference is that teams attempt 2-point conversions from the opponent's 2-yard line. This is a little closer in, as you can see.

At all leagues, the attempting team will get to choose whether they want the ball lined up in the middle of the field or at either hash mark.

Every touchdown scored at every level of football is worth 6 points.

After each touchdown, teams will have the opportunity to attempt a PAT.

If they choose this option for a place kick, they will be awarded an extra point, for a total of seven (7) points.

Teams may also opt to attempt a 2-point conversion.

If they convert their offensive play successfully, they will be awarded an extra two (2) points, for a total of eight (8) points.