What is a Will Linebacker in Football? (Full Explanation)  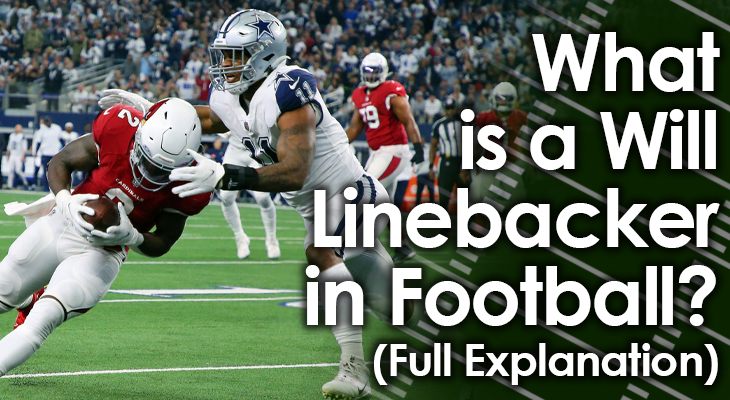 In a 4-3 base defensive system, the Will linebacker is one of the three traditional linebackers in a football defense.

Coaches gave it a name to make it easier to signify where the player should line up and their main responsibilities.

The Will linebacker refers to the linebacker who lines up on the weak side of the defense before the snap. This is mainly based on where the offense's tight end lines up, as we'll dive into more in a bit.

As mentioned, the name doesn't simply tell the player where to align pre-snap.

A Will linebacker has different roles and responsibilities than the other linebackers.

As such, he'll also need different skills and traits to perform well in the position.

Let's take a more in-depth look into what the Will linebacker is in football.

What is a Will Linebacker?

The Will linebacker lines up to the weak side of the offensive formation pre-snap, which is determined by where the tight end lines up.

Where he lines up is what's known as the strong side, while the opposite side is the weak side.

If there's more than one tight end on the field -- or no tight end at all -- then designating the weak side is a little more challenging.

In instances where there are two tight ends, the side where a fullback is shaded is the strong side -- meaning the opposite side is the weak side.

If the field is symmetrical -- with either two tight ends and no fullback, or no tight ends -- then the left side is typically considered the weak side.

This is due to the offensive tackles.

The left offensive tackle is usually considered the better pass blocker, while the right covers is better suited as a run blocker.

Once the defense determines the weak side of the offense, the Will can align himself properly.

On most plays, he will be about five yards off the line of scrimmage, slightly outside of the defensive end on his side of the field.

In some situations - like when rushing the quarterback - he may approach the line of scrimmage more.

Or, in a 3-4 defensive front, he may slide a little more to the inside in combination with other linebackers. 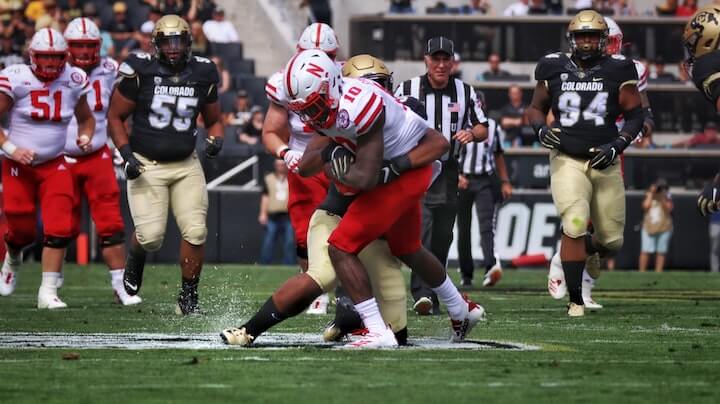 What the Will's Role Is

The Will has a freelance-type role in the defense.

The job of the other two linebackers -- the Mike and the Sam -- is to clog up blockers and shield the Will from offensive players.

If they do this properly, the Will will have more freedom to roam from one sideline to the next. This is necessary, as most defensive systems will ask their Will to be the playmaking linebacker.

While he may not necessarily lead the team in tackles, he'll be a high-impact player.

A great Will can break up passes, deliver big hits, and disrupt the offense.

Considered the ball-hawk among the linebackers, the Will is typically the best pass rusher among this group.

They may even be the best pass rusher on the team.

In fact, many modern defenses employ what they call an Edge rusher -- and that player is a Will in many instances.

On passing plays, the Will rushes the quarterback a lot and causes disruptions to the passing attack.

In man-to-man coverage, he'll typically match up against second or third receivers or running backs.

In zone coverage, he'll drop back into the mid-range zone.

The Will Linebacker's Responsibilities

As mentioned earlier, the Will linebacker is much like a playmaker on defense.

That's a rather broad explanation about his responsibilities, but it's almost on purpose.

The Will should be free to roam around the field and not be locked into certain responsibilities or zones.

In essence, doing that would keep him "caged in" when the goal is to let him run loose and cause havoc.

Against the pass, he's often asked to blitz the quarterback, which means he won't have as many coverage responsibilities as the Sam and Mike linebackers do.

Against the run, he's tasked with hunting down the ball carrier and getting to him as quick as possible. 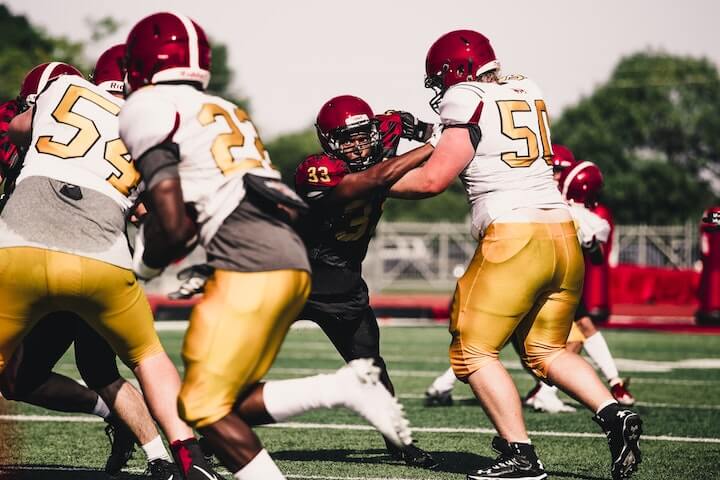 What Traits the Will Needs

The main trait that a Will needs to be successful is athleticism.

He needs to be powerful, of course, but most Will linebacker's will be faster than they are strong.

With that, it's not straight speed that they need the most; it's the ability to be quick and disruptive by avoiding blocks more so than taking them on.

To do this, he needs to have pass-rushing moves and great vision to identify holes in the defense so that he can burst through them.

Vision is critical on running plays, too, as the Will needs to be able to look through a mess of bodies in front of him to find the ball carrier and track him down.

The Will linebacker is one of the most disruptive players on defense, no matter what type of alignment your team is employing.

Those who become Will linebackers need to be fast, quick, and very athletic.

They also need great vision to identify ball carriers and holes in the defense as they pursue whoever has the ball in their hands.