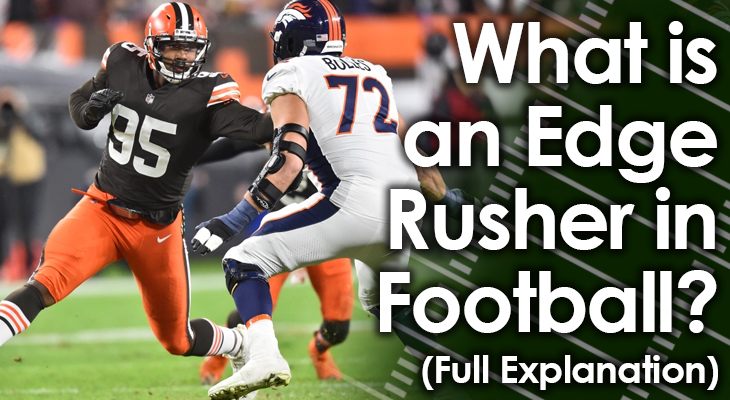 An Edge Rusher is a type of player team used more and more in football today, especially at higher levels of the game such as the NFL and NCAA.

While not an official position, it's become an extremely important part of defenses looking to attack the quarterback in new and innovative ways.

An Edge Rusher is simply the player who lines up on the outside edge of the offensive formation.

This is how the player gets his name.

The name doesn't define a specific position, and multiple players with different skill sets can be called upon to be an Edge Rusher for a defense.

Let's take a closer look at what an Edge Rusher is, what he does, and what players typically line up as one.

What is an Edge Rusher in Football?

The most basic definition of an Edge Rusher is the player who lines up the furthest outside of the offensive formation.

Wide receivers, running backs, or tight ends split out wide are not considered.

So, in other words, the Edge Rusher is the defensive player lined up to the outside of the last offensive player at the line of scrimmage.

Typically, this player was the Defensive End.

In many cases, he's still called that, because Edge Rushers have slightly different responsibilities in passing plays and running plays. 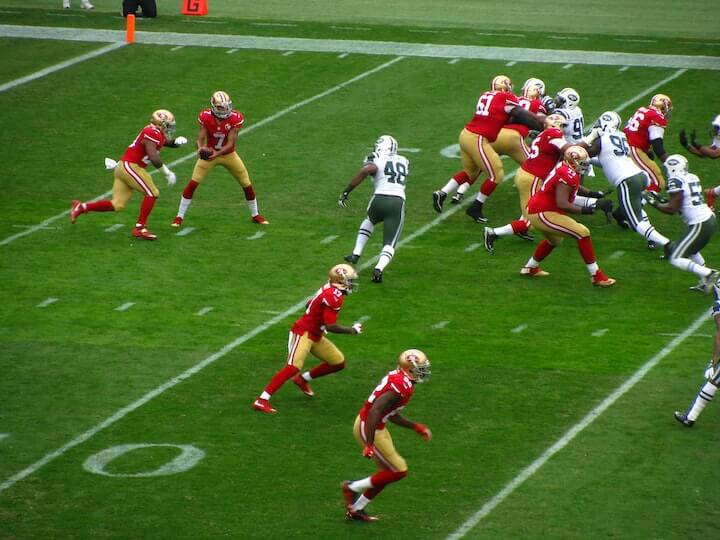 On running plays, their main duty is to "set the edge."

This means they have to prevent any ball carrier from getting to their outside.

Ultimately, his only main duty on running plays is to ensure the ball carrier doesn't get to the outside of him.

Edge Rushers have a much bigger impact in the passing game than they do in the running game.

This is where they truly shine and make their money in the NFL.

Lining up out wide makes sure they only go up one-on-one against either offensive tackles or tight ends on their side of the field.

This makes it easier for them to get into the backfield and disrupt the play of the quarterback.

Edge Rushers will be playing in a lot of open space on the field, which allows them to take advantage of their speed versus the offensive players trying to block them.

Offensive tackles may have to move pretty far out wide at the snap just to get in front of Edge Rushers, for instance.

This could also open additional rushing lanes inside of the formation for either the Edge Rusher or for another defender to rush through.

Rushing the quarterback is the specialty of the Edge Rusher. They have to be exceptional at this, otherwise there really would be no point in them playing the role. 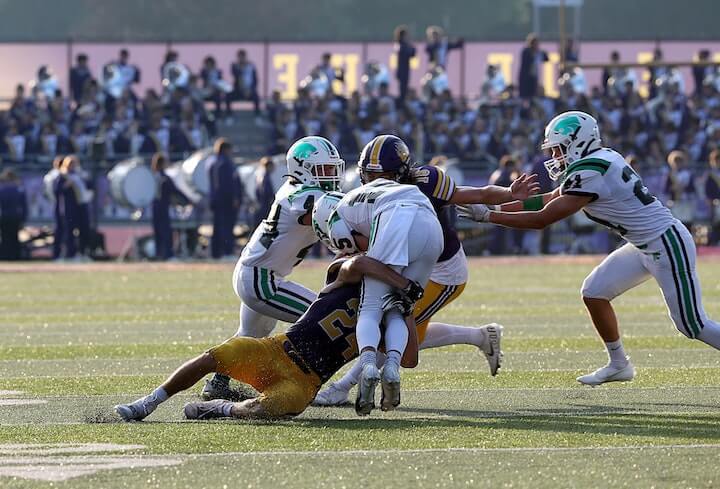 With these skill sets, abilities, and responsibilities in mind, you might be asking which players would make good edge rushers?

There are typically two different players who will fill the role -- one for each base style of defense.

In a 4-3 base defense -- with four down defensive linemen and three linebackers -- a defensive end will typically fill the role of the Edge Rusher.

Defensive ends already line up toward the outside in this formation, so there's no need to re-arrange where they typically line up to fill the role.

In addition, defensive ends in a 4-3 are typically the best pass rushers on the defense.

By serving in more of an Edge Rusher, the defensive end will be able to get outside more easily. He may even line up wider than usual.

In a 3-4 base defense -- with three down defensive linemen and four linebackers -- an outside linebacker will typically take on the role of the Edge Rusher.

These players line up to the outer edge of the formation anyway, only they are usually at the second line of defense and not as a down lineman.

In modern defenses at the NFL and NCAA level, Edge Rushers in a 3-4 base will often approach the line of scrimmage.

While this may give away their intentions before the play begins, the defense doesn't really care.

Doing so puts extra pressure on the offensive line before the play even begins, and essentially gives the defense an additional blitzing player on every play.

In fact, many of the most successful Edge Rushers in the NFL are, in fact, outside linebackers.

The Edge Rusher isn't an official position in football, but it's a role that's becoming more and more popular every year.

Edge Rushers are a hybrid of a linebacker and defensive end, and which traditional position fills the role depends on the base defensive alignment.

Their primary strength is rushing the quarterback and causing havoc in the backfield on passing plays.

While they still have a responsibility to set the edge on running plays, they make their bread and butter on passing plays.