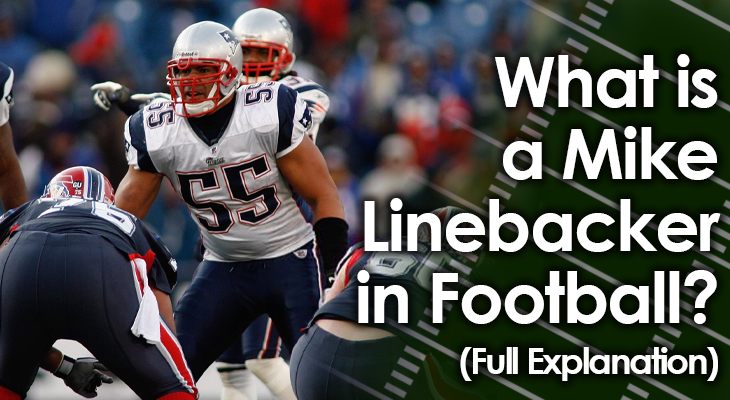 Football coaches have come up with a number of different terms to easily explain certain positions and/or plays.

These terms make it simpler for every player on the field to understand what's going on, and who's who.

One of those terms is the 'Mike' -- which is the name all teams use to describe the middle linebacker.

The Mike is simply a term -- it doesn't have any connection to a person.

All three linebackers in a traditional 4-3 defensive scheme use people's names.

The Mike does more than just line up in the middle of the defense.

He is essentially the quarterback of the defense -- responsible for calling out assignments and plays, and helping other players recognize what's coming at them from the offense.

Let's take a more in-depth look into what the Mike linebacker is in football.

The Role of the Mike Linebacker

As mentioned before, the Mike is the quarterback of the defense.

He's the player who will call out the plays in the defensive huddle after receiving them from the sideline.

In the NFL, he is the one player on defense who is allowed to have a headset in his helmet for coaches to relay plays to him.

After breaking the huddle, the Mike's job is to get into position and scan the field.

He's looking to identify things such as the strong side of the field, which is based on how the offense aligns itself.

He's also looking to call out different looks the offense is presenting, and deciding whether the defense needs to make any adjustments to their alignment or play call based on this.

Pre-snap, the Mike linebacker needs to be extremely vocal.

He can't be afraid to speak up, be loud and call out what he sees to all his other teammates.

He's especially helpful to defensive linemen, who don't have great vision at the field, since they are in a three-point stance. 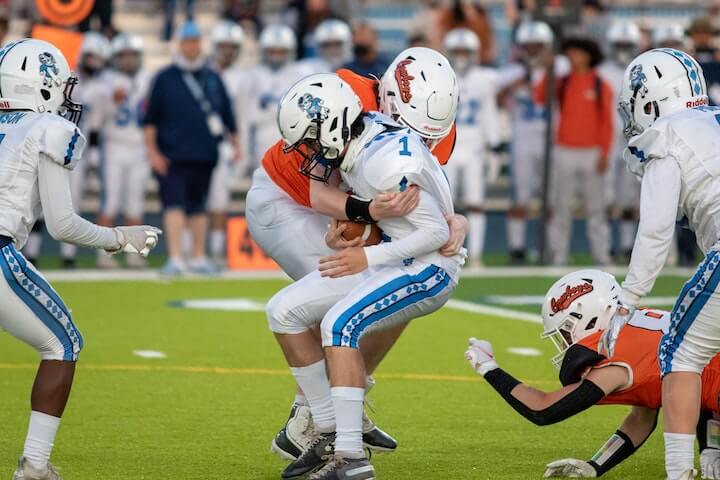 Where the Mike Lines Up

In a traditional 4-3 defensive scheme -- with four down defensive linemen, three linebackers and four members of the secondary -- a Mike linebacker will align himself directly in the middle of the defense.

He will often line up about 5-7 yards off the line of scrimmage and directly across from where the center is lined up.

He may shade a few yards to either side of the center, though, depending on certain factors which play the defense called, what look the offense is giving, and/or whether the defense has an alternate alignment such as the Nickel.

The Mike will sometimes drop back further from this position if the down-and-distance is third-and-long, to give him some extra space to cover receivers in a passing situation.

He may also press in toward the line of scrimmage against a big offensive set on running and short-yardage downs, or if he's going to blitz the quarterback.

In most cases, the Mike linebacker will be a run-stopping and tackling specialist.

Being in the middle of the field, he will take a pretty good beating -- and give one as well.

He'll constantly be taking on blocks from offensive linemen, doing his best to shed them on running plays to get to the running back.

He'll need to keep his eyes peeled at all times for pulling offensive linemen who are looking to catch him off guard with a block from his blindside.

While tackling and run stopping may be his strong suit, the Mike needs to contribute in pass coverage as well.

He has a challenging job in this respect, too. That's because he'll be covering tight ends and running backs in man-to-man coverage.

He may also pick up speedy wide receivers who will cross into the middle of the field in zone coverage. 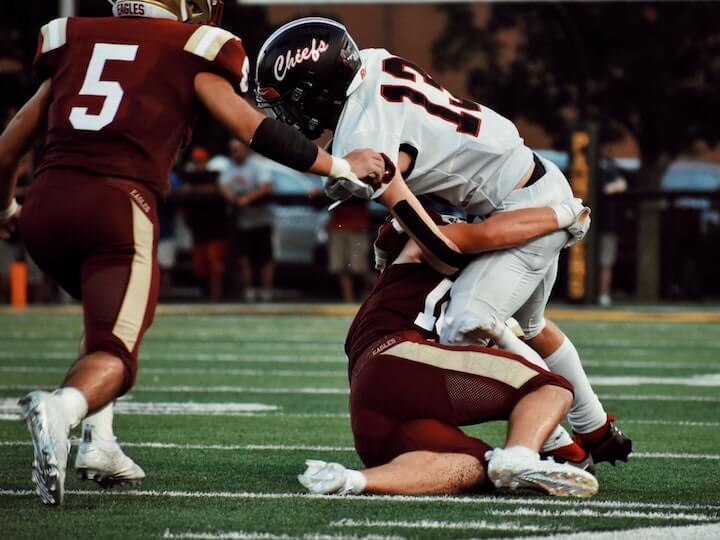 What Traits the Mike Needs

Size, strength and toughness are three of the biggest traits a Mike linebacker needs to be successful.

He can't be too small, otherwise he won't be able to take on the blocks from big interior offensive linemen.

But, he can't be too big either, because the position calls for him to move around quickly.

He needs to be strong to shed those blocks, break through the line, and deliver hard hits on big tight ends and speedy backs running at full speed.

And he needs to be tough, as his body is going to take quite the pounding on a consistent basis.

From a football skills standpoint, the Mike needs to have great vision and an excellent understanding of the game.

As the quarterback of the defense, he has to have vast knowledge of not just his side of the ball but the other side as well.

He has to be able to pick up on things the offense is showing him so that he can communicate that to his teammates.

Ultimately, the Mike is one of the smartest players on the team, and spends a lot of time in the film room studying the game.

Just like the quarterback on offense, the Mike linebacker is the one position that many youth football players would love to play on defense.

He is the leader of the defense, and is in the middle of the action at all times.

The Mike must be a vocal leader, must study the game thoroughly, and must be strong, agile, tough, and big to withstand everything he'll go through in a game.