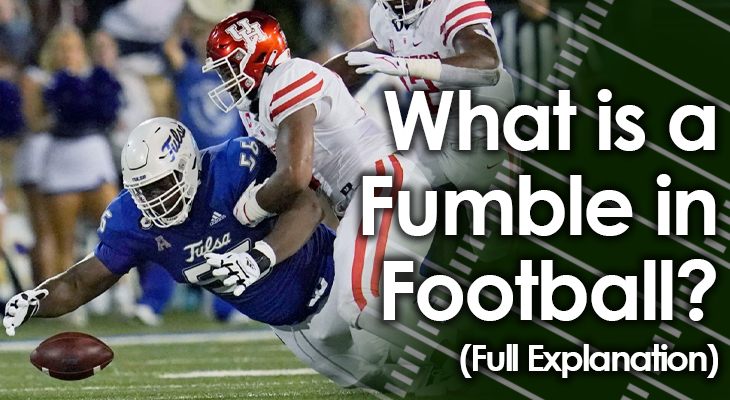 One minute the offense might be marching down the field, looking to get into scoring position...

In the next, they could commit a turnover that completely turns the game around.

The defense takes over possession of the ball, gets all the momentum, and might even be able to score a touchdown.

There are three ways that a turnover can happen in football -- an interception, a turnover on downs, or a fumble.

Below, we're going to discuss what a fumble is in football, breakdown what constitutes a fumble, and what explain happens when it occurs.

What is a Fumble in Football?

A fumble is one of the three ways a turnover can occur in a football game.

Most of the time a fumble occurs when an offensive player is running with the football. However, fumbles can also occur when the defense has taken possession of the ball or during special teams' plays such as kickoff and punt returns. 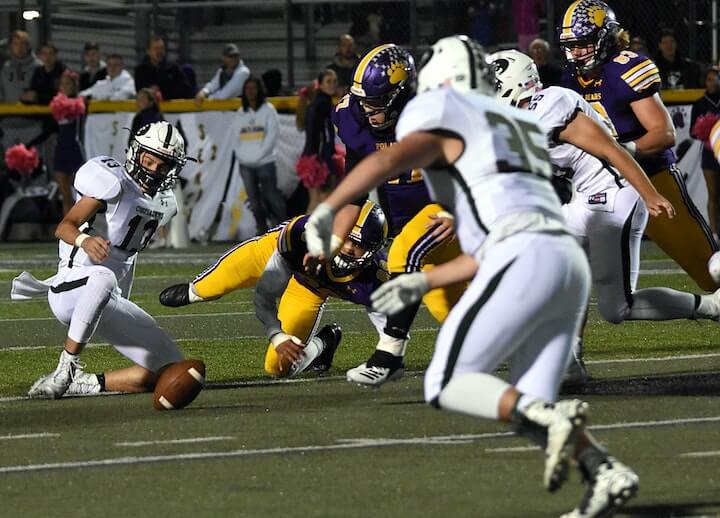 There are a few determining factors in whether a fumble occurs or not.

The first factor is whether a player had full possession of the ball.

A dispute on possession happens a lot on passing plays. Once the receiver is determined to have possession on a pass, he's considered to be a runner.

If he never got full possession before the ball got knocked loose, it's considered an incomplete pass and not a fumble.

The second factor is that the player isn't determined to be "down by contact."

If during a tackle, a ball carrier's knees or elbows hit the ground before the ball gets knocked loose, then he's considered tackled, or down by contact.

However, if the ball starts coming loose even before he's determined to be down or out of bounds, then it's a fumble.

For quarterbacks, a third factor is whether they were in the process of moving their arm forward while throwing the football.

If the ball gets knocked loose as their arm is going back, then it's a fumble.

If their arm is going forward in a throwing motion and the ball gets knocked loose, it's considered an incomplete pass and not a fumble.

What Happens When a Fumble Occurs

On a Live Ball

First, realize that the football is considered "live" after a fumble and either team may try to recover it and gain possession.

This is why when a fumble happens, you'll see players from both teams scrambling to either jump on the football or try to scoop it up and run with it.

If a player recovers the fumble while he's still in bounds, then that team gets possession of the football.

If that player recovers the fumble without getting tackled or being considered 'down', then the play continues.

If it's the offense that pounces on the ball, they'll retain possession, with the next play starting from the spot where they recovered the ball.

If it's the defense, then their offense will take over on a first-and-10 from that spot.

Fumble Out of Bounds

If the ball goes out of bounds before someone gains possession, the play will be considered dead.

The offense will retain possession of the football -- i.e., it won't be a turnover.

The next play will start where the fumble happened and not where the ball went out of bounds -- as you can't gain yardage from a fumble.

Fumble Out of the End Zone

The one exception to the earlier rule is if a ball gets fumbled out of the end zone.

If the offense fumbles the ball and it goes out of bounds in the end zone, it's considered a turnover and a touchback.

The defense will get possession of the ball, which will be moved to the 25-yard line. 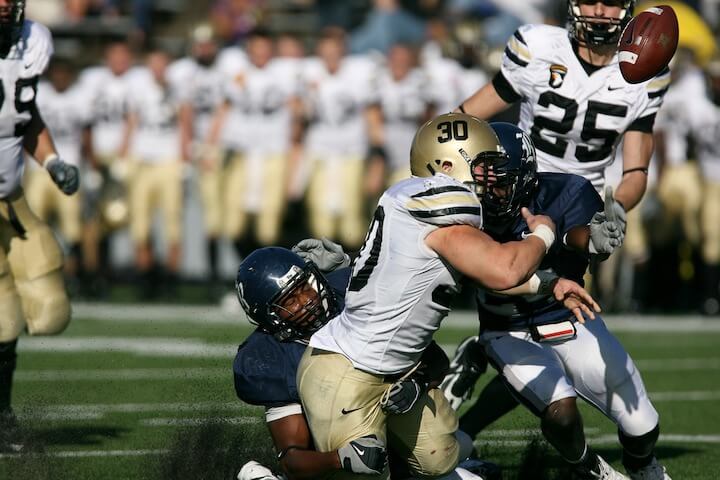 Fumbles can be game-changing plays.

When they occur, they result in mad scrambles to try to gain possession of the ball before the other team does, or before it goes out of bounds.

Ball carriers need to always make sure to secure the football so that they don’t fumble it. They can do this by wrapping up the ball with one arm on top and one on bottom -- especially when they're running through heavy traffic.

Ball carriers need to make sure to hold the ball in tightly to their bodies, too, to provide extra protection from defenders who are looking to knock the ball away.

Teaching players how to avoid fumbling at all costs is vital so they don't commit a play that can completely turn a game around.