What is a Touchback in Football? (Full Explanation) 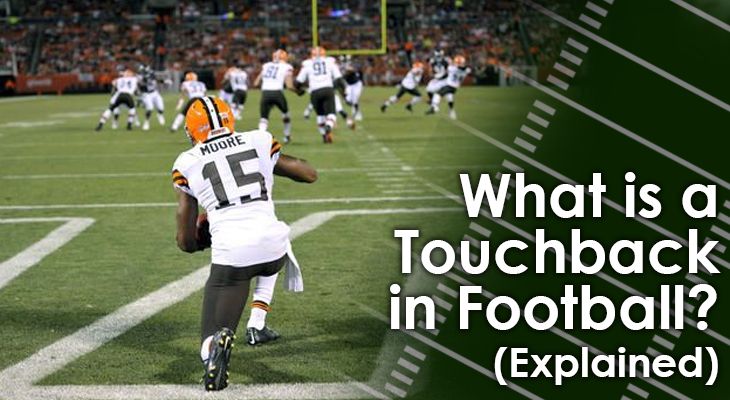 At the start of both halves and following every score in a football game, one team will kick the ball off to the other.

This is how the ball changes possession in these instances of a football game.

Special teams units are the ones that handle the kickoff and kickoff return duties.

The kickoff team lines up with a kicker in the middle, whose job it is to kick the ball as far as possible down the field.

Then, the rest of the kickoff team will run as fast as they can toward the ball catcher and attempt a tackle them before gaining too many yards.

At the same time, the return team will have a few designated returners lined up deep, with the rest of their special teams unit lined up in front of them.

The unit's job is to protect the kick returner from getting tackled, in the hopes of gaining as many yards as possible.

But sometimes the ball flies far enough that there is no return attempted at all. Instead, the play is dead, and the referee lines the ball up on the return team's 25-yard line.

This is the result of a touchback happening.

Let's take a look at what a touchback in football is, and what exactly happens when one occurs.

A Touchback on Kicks

Touchbacks can actually happen in three situations -- but one is relatively rare.

(1) They can happen on any kickoff, as mentioned above.

(2) They can happen on any punt situation in a football game.

(we'll go into the third in a minute)

Touchbacks that happen on kickoffs or punts happen the same way...

If the kicker or punter kicks the ball into the other team's end zone, the return team can simply choose not to attempt a return at all.

The return team can do this in one of two ways:

Either one of the returners can catch the ball in the end zone and then take a knee to the ground, or he can also just let the ball bounce into the end zone without catching it at all.

In both scenarios, the referee will blow the whistle to signify the play is over, and a touchback will be called.

Why Take a Touchback?

For the return team, taking a touchback can be advantageous because it guarantees that their offense will start the play in decent field position.

Often, if they were to try to return a kick or punt that reached their own end zone, they wouldn't be able to gain more yards than if they simply took the touchback.

Therefore, it makes much more sense to not try to attempt a return at all -- no matter how much they might want to try to score a touchdown on the return.

A touchback can also be very beneficial for a kickoff team, too.

When they can get a touchback, they don't have to worry about covering the kick, and possibly allowing the return team to gain more yards than the touchback would give them. Therefore, it's a nice thing that they are willing to give up.

A touchback could be either good or bad for a punt team...

If the punter booms the ball for a long punt, then a touchback is usually good because it would mean he had a great punt.

If the punt team is punting from their opponent's side of the field, though, the punter generally wants to pin the return team as close to their end zone as possible -- and avoid having the ball go into the end zone.

In that case, a touchback wouldn't be a good thing. 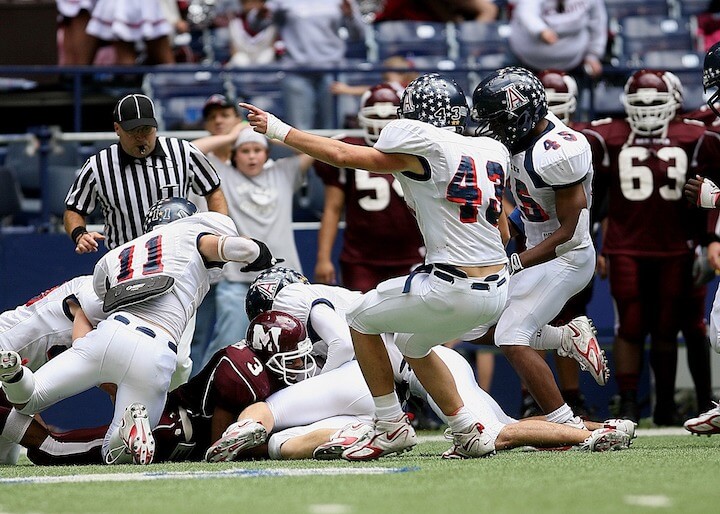 The third way that a touchback can occur in football is on a turnover in the end zone.

If the offense is marching downfield and trying to score, but turns the ball over in the opponent's end zone, a touchback will be called.

There are three ways that this can occur.

First, the quarterback throws an interception that is caught by a defender in their own end zone. The defender would then take a knee to signify he wants a touchback. The play will be called dead at that point.

Second, the offense fumbles the ball into the end zone, and one of the defenders recovers it. If the recovery happens on the ground, or if the defender takes a knee, the play will be called dead and a touchback will happen.

What's the Result of a Touchback?

No matter how the touchback happens, the end result is the same.

The return team -- or the team that collected the turnover -- will gain possession.

The ref will place the ball on that team's own 25-yard line, and their offense will take over on a first-and-10.

The 25-yard line is the key here in determining whether a touchback is good or bad.

If the return team was not likely to gain more than 25 yards on a return, for example, then it will be a good thing for them.

If they could've gained more than that, then it will be a good thing for the kicking team.

In all scenarios, a touchback on a turnover is bad for the offense that committed the turnover and good for the defense that forced it.