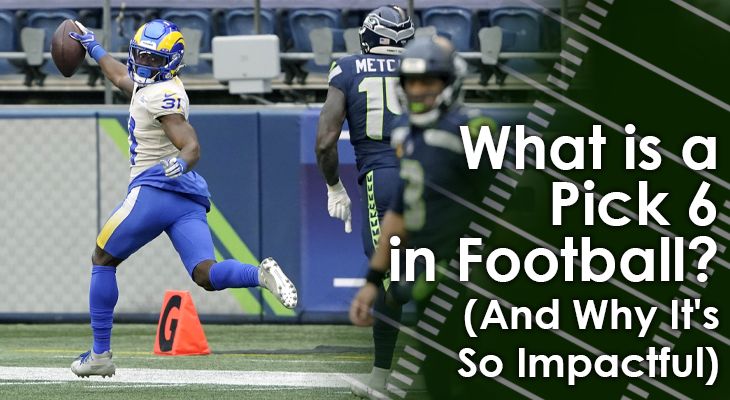 There are certain plays in football that can turn an entire game around in an instant.

A Pick 6 occurs on a passing play, and is something that the defense accomplishes that not only stops the opposing offense in its tracks, but puts points on the board when the defense is on the field.

A Pick 6 can occur at any level of football, although it certainly happens more at the high school, collegiate, & professional levels than it does at the lower youth levels.

Let's take a closer look at what it is.

It's a play that happens when a defender intercepts a pass and takes the ball to the other team's end zone for a touchdown.

Whenever the defense creates a turnover, they have the opportunity to return it to the other team's end zone.

This means that whenever the defense recovers a fumble or records an interception, they may attempt to run it back to the other team's end zone.

If the player who recovers the fumble or records the interception crosses the goal line, it's recorded as a touchdown and gives 6 points to the team.

The 'Pick' part comes from the term "pick"; pertaining to an interception -- since the defense "picks off" a passing attempt from the quarterback.

How is it Different from an Interception?

The only difference between the two is what happens AFTER a defender intercepts a pass from the opposing quarterback.

A Pick 6 only occurs if the defender is able to return the interception for a touchdown, and record 6 points for his team in the process.

In every other instance, it will be a regular interception if the defender isn't able to return it for a touchdown.

An interception occurs any time a quarterback attempts to throw a pass but it's caught by a defensive player rather than one of the receivers.

It can happen at any point in a game and at any part of the football field. 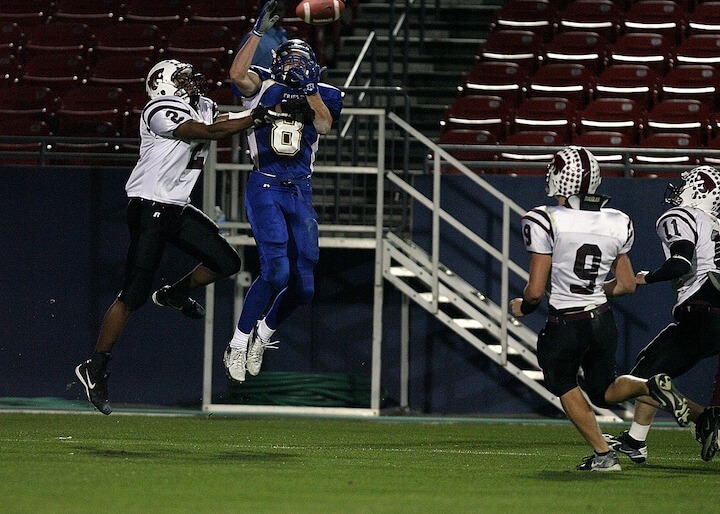 Why a Pick 6 is So Impactful

The main reason is because it's a play that can quickly turn the tide of the game, swapping the momentum from one team to the other.

On top of that, it's even more rare for a Pick 6 to occur -- that's because it's difficult for a defender to return an interception all the way to the opposing team's end zone.

The further the interception occurs from the opposing end zone, the harder it gets for a Pick 6 to happen.

If the offense is deep into the defense's territory, the longer the defender would have to return the interception for a touchdown.

If the offense is on the defense's 20-yard line, for example, the defender would have to return the interception at least 80 yards to score a touchdown.

This is why you don't often see a Pick 6 in a football game.

And why when it does happen, it's such an exciting play!

A Pick 6 is a very rare occurrence in a football game.

When it does happen, it's extremely exciting and can completely turn a game around.

However, it is not something you can specifically teach your players.

What you can do, though, is emphasize to all defenders that if they do intercept a pass, they should try their hardest to return the ball as far as they can.

If they can get all the way to the other team's end zone, they will complete a Pick 6.