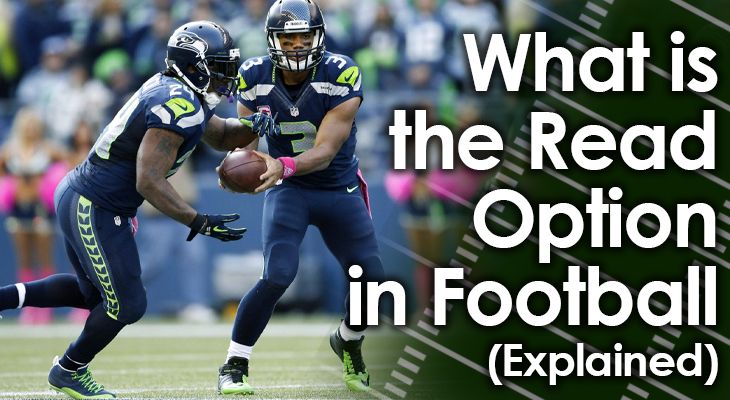 In recent years, a new play has taken the world of football by storm:

It's called the Read Option.

And it's become so much more than a simple offensive play... it's now evolved into an entire way that offenses will attack defenses throughout a game.

It's a hybrid play of sorts. A modern twist on the traditional option plays that aren't used much anymore, except at the very youngest youth levels.

Let's take a closer look at the Read Option and how it's used in today's game.

What is the Read Option?

The Read Option is a football play where the quarterback will go through all the same motions of making a handoff...

Only he'll have the choice (or "option") to pull back the handoff and either throw a pass or run the ball himself, based on what he sees on the field (his "read").

In many ways, this play stems from the traditional option offenses of the past.

Back then, QBs would have similar options to handoff or pitch the ball to different running backs, based on what the defense was presenting.

Only the Read Option is much different...

It caters to today's modern game of football which includes much more passing and also many more mobile quarterbacks who have the ability to run the ball.

The Read Option is a quick-hitting play designed to attack the defense fast.

Either the running back takes the handoff quickly, the quarterback scrambles quickly, or the QB pulls it down and throws a pretty quick pass.

The quarterback will take a snap and start the process of handing the football off to a running back.

Most of the time, teams execute the Read Option out of the shotgun formation.

The shotgun gives the QB the best opportunity to see the whole field and what's in front of him, which is crucial when making his decision.

The quarterback will then have three choices:

First, he can simply hand the ball off to the running back for a traditional handoff.

He'll do this if the offensive line is blocking well right out of the gate, or if he sees a potential big hole based on how the defense lines up.

Option #2: Pull it Back for a Pass

Second, he can pull the ball back and make the play act as a play-action pass.

He'll do this if he sees that one of his wide receivers has broken free from a defender quickly after the snap, or if a receiver has an advantageous one-on-one matchup against the defense.

Option #3: Pull it Back and Run

Third, the quarterback can pull the ball back and keep it to run himself.

In this scenario, he'll have the freedom to run where he sees fit, based on his read and if there are openings in the defense.

Most of the time, this will be in a different direction from the intended path of the running back.

This is the reason why the QB pulls the ball back down -- to confuse defenses and take advantage of a running hole he sees on a different part of the field. 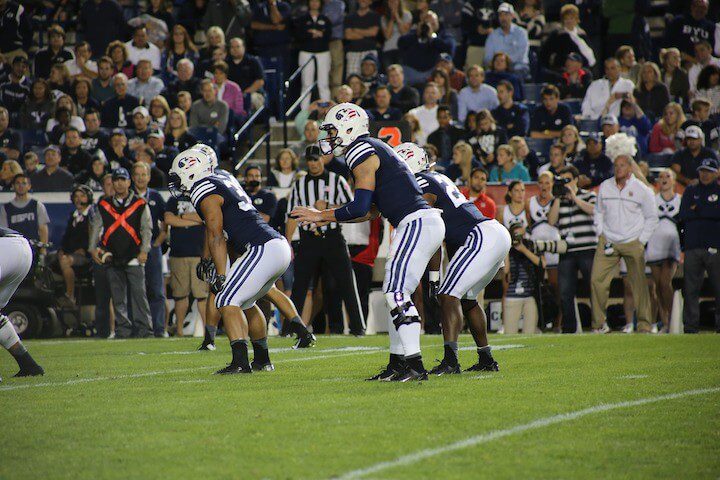 Why the Read Option Works

The Read Option works because it allows the quarterback to read the play for a second or two before deciding what to do.

The team isn't reliant on whether the coach has called the correct play for what the defense is giving the offense.

Instead, the quarterback can scan the field first, see how the play progresses after the snap, before deciding among his three choices.

The Read Option also always keeps defenders on their toes.

This is especially true for linebackers and safeties.

The defense will have to keep guessing on every play whether it's going to be a pass or run -- and who is going to be running the ball.

Who Will This Work For?

While any team can technically run the Read Option play, there are certain personnel that will increase this play's chances of success.

It works best when you have a mobile quarterback.

For the Read Option to work at its best, there needs to be three viable options or threats -- a handoff to the running back, a pass, or a quarterback run.

If you don't have a mobile quarterback, then defenses will know that there are only two options -- a handoff or a pass.

This doesn't mean you can't run the Read Option if you don't have a mobile quarterback, though. It's just that having a mobile, athletic quarterback adds another dimension to the play.

Second, you need to have a smart quarterback with good vision who can read defenses quickly.

The QB will have a lot of freedom with the Read Option, and he'll need to read the defense quickly and correctly to maximize the results of the play. 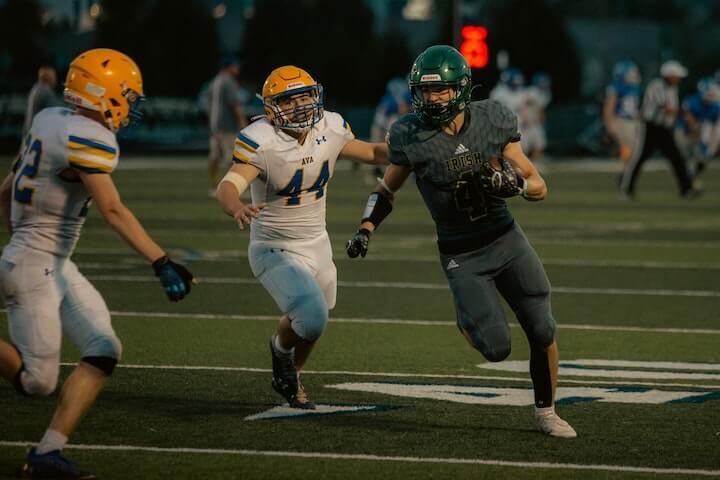 The Read Option is growing in popularity every year as not just a simple play in football but an overall attacking approach for offenses.

It's a great deceiving play that keeps defenses off balance, since they won't know until the very last minute whether it's going to be a pass or a run -- nor who is actually the ball carrier.

The Read Option works best with a mobile quarterback, but you can also run it with a quarterback who isn't so great running the ball.