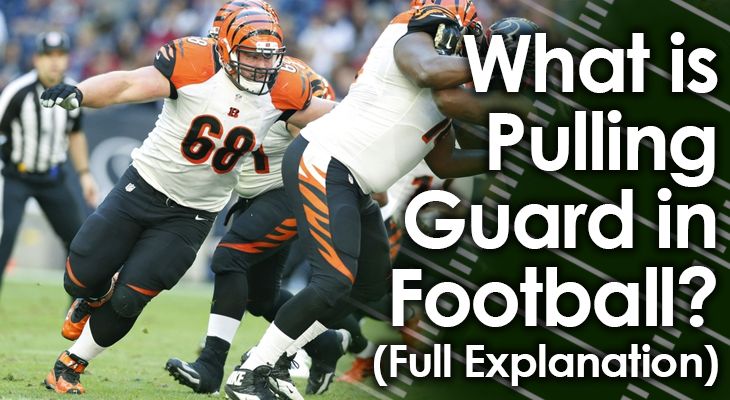 Offensive coaches continually look for ways to keep defenses guessing and surprise them with new play calls and schemes.

One way they do this is by calling misdirection plays that involve not just ball carriers and quarterbacks doing something different, but offensive linemen changing it up as well.

One of the most common misdirection plays that involve offensive linemen is when guards don't block straight ahead.

Instead, they move behind other offensive linemen to get to their assignment.

When this happens, they're called a pulling guard.

Offensive coaches will use a pulling guard -- and even sometimes a pulling tackle or center -- for misdirection runs that attempt to make the defense think the play is going one way, only for it go the exact opposite side.

"Pulling" is a skill and tactic football coaches teach their offensive linemen at a young age because it's so widely used in the game today.

It's a skill that takes some time to master, though, which is why it's emphasized at every level of the game.

Let's take a closer look at what a pulling guard in football is, and how teams can use them effectively.

What is a Pulling Guard in Football?

A pulling guard is an offensive guard that doesn't block straight ahead like he usually would on most plays.

Pulling in general refers to any situation in which an offensive lineman abandons his normal straight-ahead assignment to take on a new assignment that he typically wouldn't.

It refers to the player "pulling" to a different spot on the field rather than staying to block his assignment as he normally would.

While any offensive lineman could  pull on any given play, the position asked to do this  most often are offensive guards. 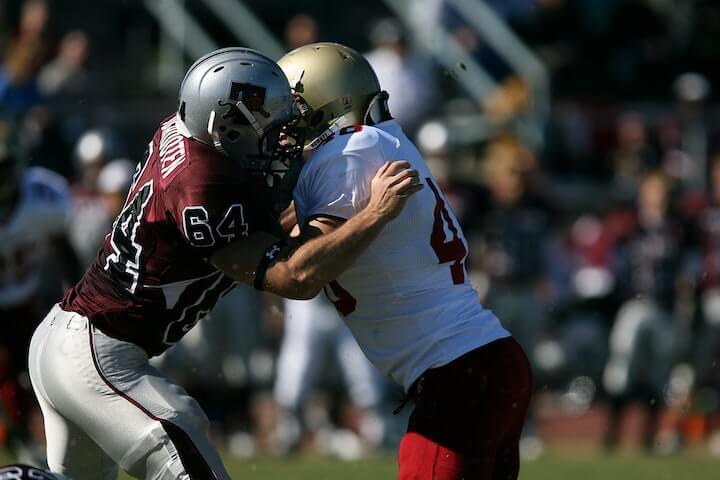 How Does a Pulling Guard Work?

A pulling guard will be asked to abandon his normal assignment for a different assignment on the field.

For example, instead of going straight ahead to block an opposing defensive tackle or help block a defensive end on his side of the field, the guard may need to pull to the other side of the field and block a tackle, end or even a linebacker.

Guards asked to pull will immediately do something different right at the snap of the ball.

Instead of their first movement going forward, guards will turn their inside foot sideways, in the direction they're going to pull.

Left guards that are pulling, for example, will turn their inside foot (the right) toward the right side of the field as their first step.

This will get them facing in the correct direction.

They will then loop around behind the other offensive linemen to get to the position on the field where they're being asked to block.

They'll be slightly in the backfield when they do this, but they need to make sure they don't get too deep.

They should be about a yard behind the other offensive linemen when running laterally down the field.

At the point they're assigned to block, they will turn upfield and pick up their player.

If they block the defensive end on the other side of the field, they'll then turn upfield around the B or C gap.

What Do Other Positions Do When Guards Pull?

The reason why a pulling guard works so well is that it takes defenders by surprise.

Defensive linemen will always anticipate direct and immediate contact from straight ahead.

When they're left unblocked by the offensive lineman across from him, they get confused -- and are susceptible to a blind-side block knocking them off balance.

This happens in two ways:

On the side of the field where the guard is pulling from, the defensive lineman opposite them will either get blocked from an angle by the center, or left unblocked completely.

The latter occurs sometimes as the offense doesn't waste blocking resources on defensive linemen on the backside of the play.

On the side of the field the guard is pulling to, the other offensive linemen will block down and leave one defensive lineman unblocked.

Let's take a look at our example from above, where the guard pulls from the left to the right and blocks the defensive end.

This may cause the defensive end to stand up straight or hesitate and look to where his open opportunities are.

Then, out of nowhere, the pulling guard will come with a head of steam behind him to block the defensive end.

This can be very successful, as it knocks the end out of the play and opens up running lanes for a ball carrier coming behind the pulling guard. 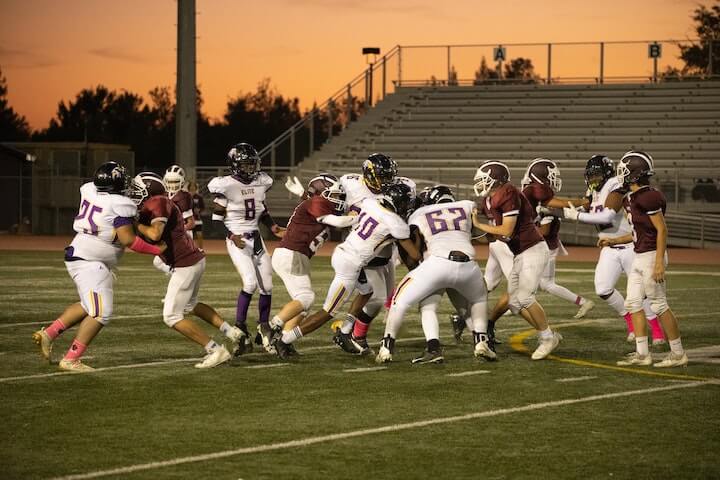 Why Do Guards Pull Most?

Guards are the offensive linemen who execute the pull most often for three reasons.

#1 - They line up close to the interior of the offensive line.

Giving them the ability to quickly get to the other side of the line when they pull.

This makes them a better fit physically to pull down the line of scrimmage.

#3 - They're often not "covered by a defensive lineman.

Defensive tackles typically will line up either over one of the guard's shoulders or even over the center on most plays.

This allows guards to pull without having to initiate contact with the defensive lineman across from him.

Pulling guard in football is one of the staples of misdirection running plays on offense.

Offensive coaches will have guards -- and sometimes other offensive linemen -- pull from one side of the field to the other to confuse defensive linemen.

Coupled with other blocking tactics from the other linemen, pulling guards can create havoc on defenses and open up great running lanes for ball carriers.