One of the keys to continued offensive success during a football game is being able to keep defenses off-balance.

By establishing a balanced offensive attack -- with a good running game and passing game -- defenses won't know what plays will come next.

Offenses can keep the defense guessing by integrating misdirection plays that can result in big gains, including counter runs, draw plays, play-action passes, and bootlegs.

Every now and again, though, the offense may try to pull a trick out of the hat to create a huge, game-changing play.

These trick plays aim to completely fake out the defense and leave them in the dust for at least a huge gainer, if not a touchdown.

One of the most famous trick plays is the Flea Flicker.

This play makes the defense think they're going to run the ball, only to change it up at the last minute and throw a pass.

In essence, it's a combination of a running play and a passing play that hopefully results in a huge gain.

Let's take a closer look at the Flea Flicker and how you can integrate it into your offensive attack.

What is a Flea Flicker Play?

A "Flea Flicker" is a play that starts out as a run but ends up as a deep pass.

The play will start with the quarterback (QB) handing the ball off to the running back (RB).

He'll then approach the line of scrimmage as if he were attempting a normal running play.

At the last minute, before he reaches the line of scrimmage, the RB will "flick" the ball back to the quarterback.

The QB will then then launch a deep pass downfield to a wide receiver (WR) who's running a Go route.

The important thing that offenses have to keep in mind when running the Flea Flicker is where the line of scrimmage is.

It will only be legal if the running back pitches the ball back to the QB from behind the line of scrimmage.

If the RB crosses the line of scrimmage at any time, the quarterback will be ineligible to throw a forward pass.

He would need to run the ball himself after receiving the pitch.

How to Run a Flea Flicker Play

The offensive line needs to block straight ahead as if they were blocking for a running play.

They also need to keep in mind that they can't get too far beyond the line of scrimmage. If they do, they will receive an illegal man downfield penalty.

b. RB Fakes the Run

The running back needs to sprint forward as if he's going to run the ball.

If he trots too gingerly or doesn't "sell" the run, then defensive players might pick up on the fact that it's going to be a trick play.

He also must keep a good eye out for where he is on the field, as he can't cross that line of scrimmage.

The quarterback needs to also act as if it's a running play.

After he hands the ball off, he can't put his hands out and await the pitch from the running back. He needs to act as if he's just watching the play develop.

All the while, though, he must scan the field to see where his intended receiver is.

The target wide receiver needs to sell the run as well.

The idea is for him to block for a yard or two, and then quietly slip by his defender.

If he doesn't do that, the defender may catch onto the trick play and cover him.

Only at the last minute should the receiver break away from the defender and then sprint straight downfield.

The goal is for the QB to hit him in stride as he's leaving defenders behind. 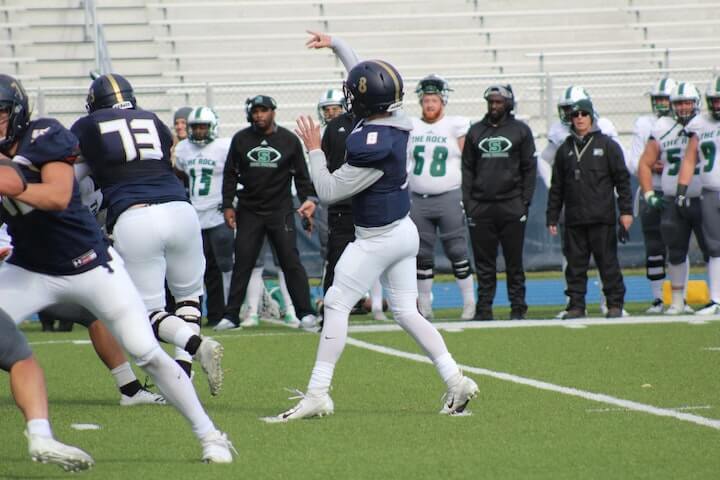 Why the Flea Flicker Works

The Flea Flicker works because the play actually starts as a run.

The goal is for the linebackers and safeties to see the handoff happen and then start to approach the line of scrimmage, looking to make a tackle.

This eliminates the extra help over the top, hopefully allowing the receiver to roam free deep downfield.

At the same time, the cornerback covering the receiver may break away from the receiver to help make the tackle as well.

Then, he'll be at least a step behind once he realizes the play is a Flea Flicker.

Why It May Not Work

The Flea Flicker is a long-developing play.

In the time that it takes to hand the ball off to the back, flick the ball to the QB and throw a pass, a defensive lineman could break through the line of scrimmage.

He can either make a sack, force a fumble, or at least disrupt the play.

This is perhaps the biggest downfall to the Flea Flicker.

In addition, there is typically only one receiver who will run a route on this play, since that's part of creating the deception.

If that receiver isn't able to get open, the QB won't have many options other than to try to tuck the ball and run.

When the Flea Flicker doesn't work, it's often a huge loss for the offense, and not just an incomplete pass. 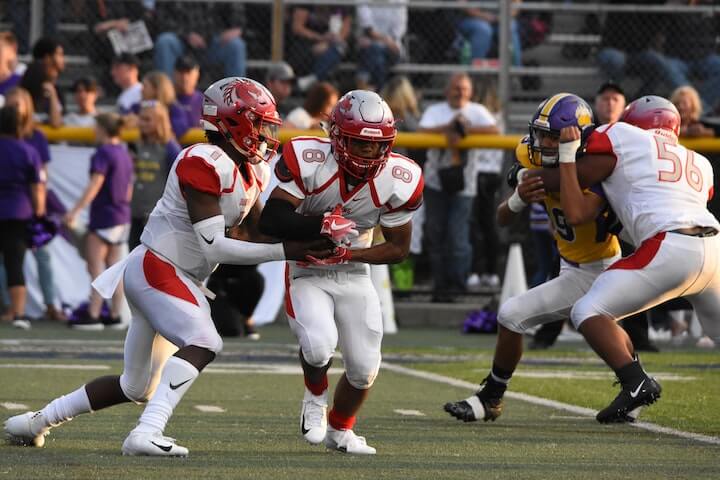 The Flea Flicker is one of the most common trick plays an offense can run.

There's a lot of risk to running this play, but if executed properly, it can be game-changing for the offense.

There are a lot of moving parts to the Flea Flicker, and it's a slow-developing play.

So, you really need to make sure your players are up to the task before you call it.

Keep in mind that, as a trick play, the Flea Flicker shouldn't be a regular part of your offensive playbook.

It's a play you should only call every once in a while.