What is the Draw Play in Football? (And How to Run It) 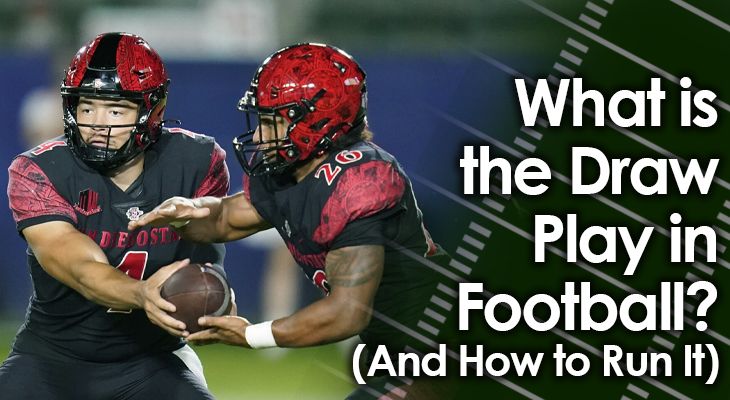 In football, offenses have to find ways to keep defenses off-balance.

If the offense becomes too one-sided (either by passing too much or running too much), then they become predictable and easier to stop.

By instituting a balanced attack, offenses will be able to keep defenses guessing, which will hopefully allow them to gain more yardage.

Once they establish a solid running and passing game, they are then able to integrate deception plays that could be big-hitters.

The two most common examples of this are:

The first is a pass disguised initially as a run, and the second is the reverse.

It's not as simple as just faking a pass and executing a run, though. There are some factors that will determine whether a Draw play is successful or not.

Let's take a closer look at the draw play, including what it is and how to run it effectively.

What is the Draw Play?

The Draw is an offensive play in football that's designed to look like a passing play at first, only to be a running play at the end.

The thought behind it is that faking a pass will draw some defenders away from the line of scrimmage and the middle of the field, opening up more running lanes for the ball carrier.

At the same time, the fake pass will put defenders off balance in theory, allowing blockers to more easily gain leverage over them when they initiate their blocks.

A Draw Play can really be called in just about any down-and-distance. As long as the offense has established the passing game, then it can be effective.

Again, the Draw Play is meant to confuse defenses into thinking the play call is a pass, when in actuality it's a run.

How to Run a Draw Play

The key to running a successful Draw play is to make defenders believe a pass play is coming their way.

In order to do this effectively, every offensive player needs to play their role.

At the snap of the ball, all the wide receivers will be asked to run Go routes straight down the field.

They should sprint out of their stances and get as far downfield as they can, as quickly as they can.

The idea here is to take defenders AWAY from the middle of the field, making more room for the ball carrier to run.

Receivers should count in their heads to about three seconds, after which time, they'll want to start engaging the defenders to block them.

They can peek back toward the backfield to see where the ball carrier is as well, so they can see where it would be best to direct the defenders they're blocking.

The offensive linemen must act as if they're pass-blocking at first, too.

At the snap, they should quickly get up into a pass-blocking stance, putting their hands out and scanning the field to see which defenders would be entering their area.

Just like the receivers, the offensive linemen should count in their heads two or three seconds before releasing straight forward into their run-blocking assignments.

Some offensive linemen will already be engaged with defenders at this time, of course. Those defenders, then, should transition from pass-blocking and giving up a little ground to run blocking and driving their defenders straight forward.

At the snap, quarterbacks should act as if they're progressing into their normal five-step drop for a pass play.

To further sell the throw, they should hold the ball in both hands near their ear and scan the field for an open receiver.

Running backs should come out of their stance right at the snap of the ball.

They must act as if they were scanning the field for which defender to pick up as a blocking safety valve. All the while keeping an eye on where the quarterback is to be able to time the handoff right.

In addition, they should also be scanning the field for potential open running lanes to attack.

Once the running back takes the handoff, they should put their head down and run forward through what should be big, open running lanes. 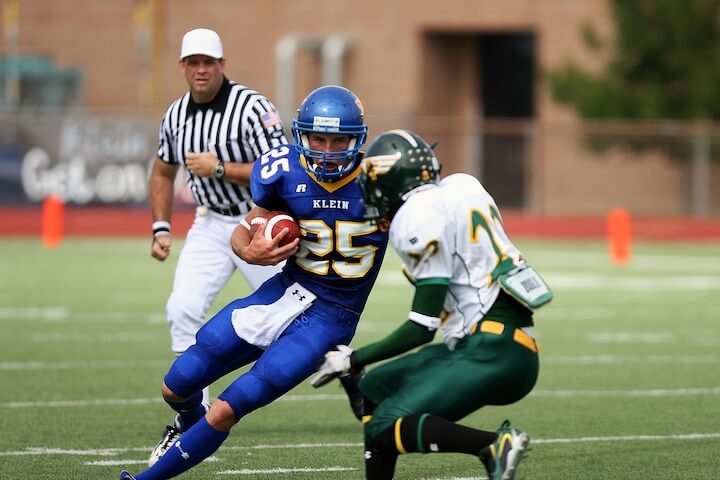 The Draw play is one of the most common deception plays an offense can run.

The play is designed to confuse the defenders into thinking it's going to be a passing play at first, only to end up being a running play.

All offensive players need to "sell" the pass first if the play is to be effective.

And before the play is even called, offensive coaches should work to establish a balanced offensive attack to keep defenses on their toes.