What is a Bootleg Play in Football? (Explained) 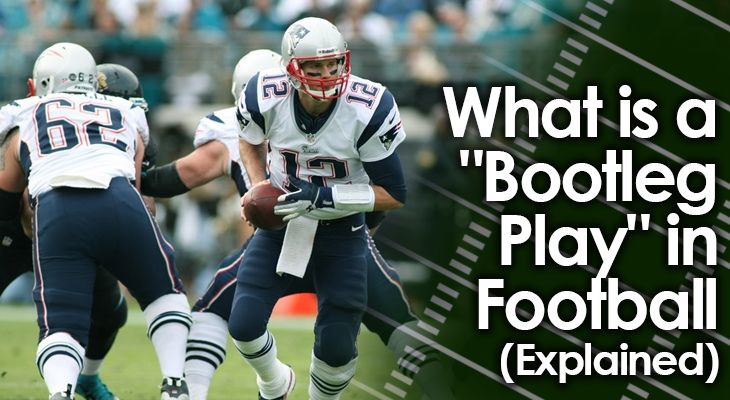 To be successful, offenses have to incorporate misdirection plays to keep defenses off balance.

If teams only called straight running plays up the middle and short passing plays, the defense would catch on and key in on the play before they even happened.

That's why offensive coaches come up with plays that make the defense think a play is going one way -- when in fact it's going the exact opposite direction.

One of the most common misdirection plays offenses run is the "bootleg play."

The bootleg can be run by any team, but it's most effective when the offense has a mobile quarterback who can do some damage with his legs and throws well on the run.

Let's take a closer look at what the bootleg play is, and how offenses can use it to as a weapon in games.

What is a Bootleg Play?

A bootleg is a misdirection play that has a few different parts.

It's part play-action pass and part rollout by the quarterback.

Because of this, it's a play that many football teams won't start to employ until their team is able to get the basic offensive plays down pat.

For example, while youth football teams can do really well with bootleg plays, they must first master the basics of a play-action pass and a quarterback rollout -- as well as all the blocking techniques that go with it.

Here, the quarterback fakes out the defense by dropping back to one side of the field at first, and then scrambling outside in the opposite direction.

In most cases, quarterbacks will execute a fake hand off to the running back to one side of the field.

Unlike a normal play-action pass, though, on a bootleg play, quarterbacks won't simply drop straight back to pass after the run fake. Instead, they'll roll out to the opposite side of the field.

For example, quarterbacks might open up to the left and fake a hand off to the running back to the left. After completing the fake, they'll spin around in a counter-clockwise direction and rollout to the right side of the field.

This is how teams run the bootleg play.

Other Aspects of a Bootleg Play

What the quarterback does is only one aspect of a bootleg play.

Blockers and receivers will have specific assignments on this play as well.

The blockers have a huge part in the outcome of a bootleg play.

Their job is to block to one side of the field, making the defense think the play is going that way.

On a bootleg where the fake will go to the left, for example, the offensive line will block down to the left - their job being to push their blocking assignments to the left side of the field.

The key to blocking a bootleg successfully is what the backside blockers do.

Here, the right offensive tackle and right tight end on this play must seal off defenders from getting outside of them to the right.

Receivers on a bootleg will also often run a double move, or at least fake a route one direction before going the other direction.

In our same example, the wide receiver lined up on the right side of the field may start by running an In route toward the left.

After starting this route, the receiver may stop in his tracks and run back toward the right sideline.

The idea here is to trick the defender in thinking the play is going one way, and then opening up huge passing lanes to the other side. 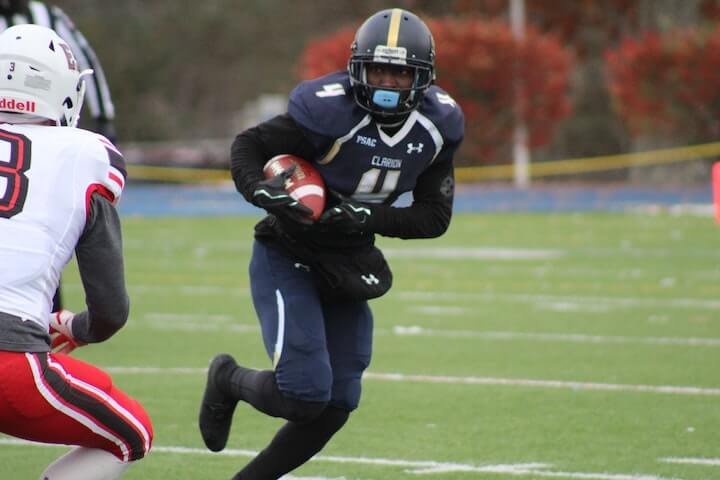 A bootleg play must be set up throughout a game -- just like any other misdirection or trick play the offense runs.

If the offensive coach intends to run a bootleg to the right at some point in the game, a good idea is to call a bunch of normal hand offs to the left side.

This will establish the running game to the left, which will eventually get the defensive players to think they know what play call is coming.

Then, at just the right time, the offensive coach can call a bootleg play, faking a run to the left, and then having the quarterback rollout to his right.

As mentioned before, a bootleg play can be successful for any football team.

A lot of times, bootleg plays open up huge running holes on the outside of the field.

Mobile quarterbacks may then take advantage by keeping the ball and scrambling downfield.

Quarterbacks who aren't as mobile may be forced to only throw passes on bootleg plays.

This doesn't mean an offense that doesn't have a mobile quarterback can't run a bootleg play... it just means they might be limited in how and when they call the play.