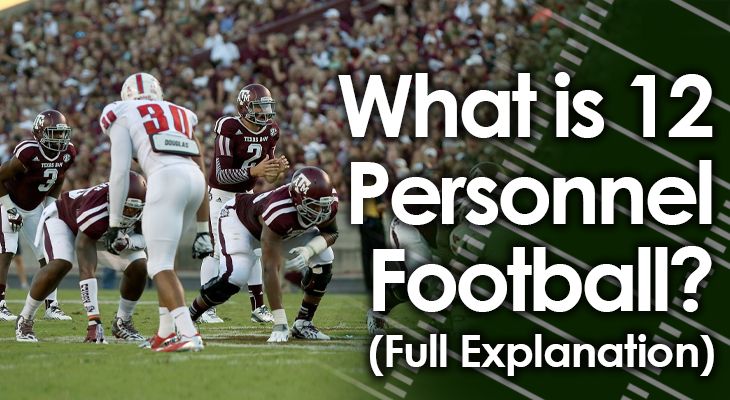 Naming conventions are common in football, as coaches look for ways to quickly identify various things during fast-paced games.

One of the common naming conventions is the "personnel groupings." These groupings refer to how many players at each position are on the field for a particular play on offense.

By calling out just two numbers, defensive coaches and players are able to understand what players are being deployed on offense, which can help them better know how to counter that.

While these offensive personnel groupings don't tell exactly what plays the offense will run or even the exact offensive formation...

They do give great insight into what the defense will face, and they do so quickly in an easy-to-understand way.

Below, we'll dive deeper into the 12 Personnel grouping, including what it is, what it seeks to do, how defenses try to counter it, and what some of its downsides are.

The two numbers in '12 Personnel' refer to how many running backs (1st number) and tight ends (2nd number) will be on the field for the offense.

In this case, it means there will be:

By knowing how many running backs and tight ends are on the field, you can figure out how many wide receivers there will be.

That's because six of the eleven players on offense will always consist of the quarterback plus five offensive linemen (one center, two guards and two tackles).

The naming convention in this case quickly shows the defense what they will face on this play.

12 Personnel was one of the more popular personnel groupings in all levels of football for quite some time.

While a lot of NFL offenses have shifted away from it in recent years, it's still highly used because it offers a lot of flexibility and balance. 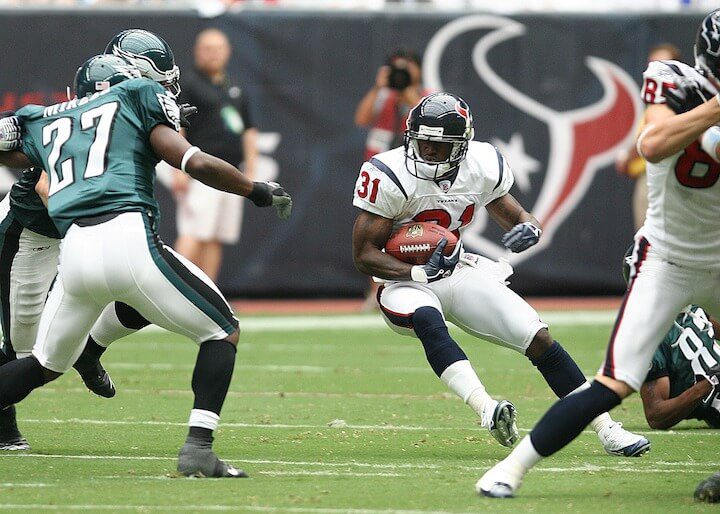 The 12 Personnel can attack defenses both through the air and on the ground.

It can be a personnel grouping that features a lot of power running, or it can be one that attacks on different levels in the passing game.

It also can be used with both the shotgun and under-center formations for the quarterback.

The great part about the 12 Personnel is it doesn't give away a certain tendency to defenses. Defenses can't key in against the run or the pass, because offenses can use both equally as effectively.

One of the biggest advantages of the 12 Personnel, then, is that it helps offenses keep defenses off-balance.

Offensive coaches can use a lot of misdirection plays such as counter runs, draw plays, and play-action passes to keep defensive players guessing.

Offenses that have a very talented pass-catching tight end can get very creative out of 12 Personnel as well. They can move that tight end around in pre-snap motion, or even have him line up further away from the line of scrimmage -- sort of as a slot receiver.

The offense can get a lot of mismatches in the passing game as a result of this, since defenses need to counter 12 Personnel with a bigger lineup.

At the same time, the run game can also be very successful because of the two extra blockers available for every play.

This flexibility is what offensive coaches love about the 12 Personnel, and why you'll see it used quite often. 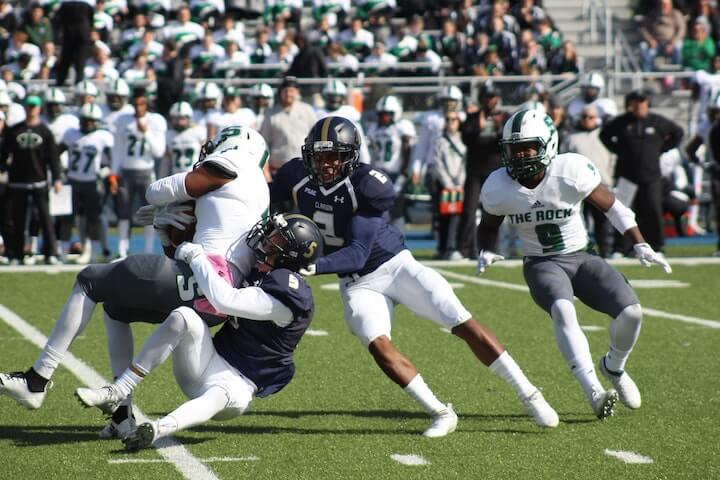 How to Counter 12 Personnel

Defenses will typically go with a bigger lineup to counter the 12 Personnel.

That's because they need the bigger, stronger bodies to match up with the two tight ends on the field.

Defensive coaches will usually prefer bigger linebackers to even cover a pass-catching tight end in this formation over a nickelback, who would likely give up a huge size disadvantage to the tight end.

This means that most defenses will have four linemen, three linebackers, two cornerbacks, and two safeties against 12 Personnel.

More so than that, defenses will often have the strong safety approach the line of scrimmage often against the 12 Personnel.

This brings another defender close to the line of scrimmage, since he's not needed as much deep over the middle.

The balance 12 Personnel brings is its biggest advantage.

Its biggest disadvantage, however, is that it's hard to be either run- or pass-heavy, if the offense needs to.

If the offense has a lead late in the game and just wants to run out the clock, it certainly could do so out of the 12 Personnel. However, they would be much better suited to bring in a fullback in addition to the two tight ends.

If the offense needs to throw the ball a lot to come from behind, other personnel groupings might be better.

That's because 12 Personnel doesn't have as many skill position players as, say 10 Personnel, which features one running back and four wide receivers.

In other words, if the offense needs to focus on either just the run or just the pass, 12 Personnel might not be the best personnel grouping to use.

12 Personnel in football is one of the most popular offensive personnel groupings because of the flexibility and balance it provides.

It's very difficult for defenses to counter it, because they always have to be wary of both the pass and the run.

In addition, offenses can gain a lot of mismatches in both the pass and run game if they have talented tight ends who can run good routes and catch passes.

That's why many offenses, at all levels of the game, still use 12 Personnel today.