What is a Nickelback in Football? (Role and Responsibilities) 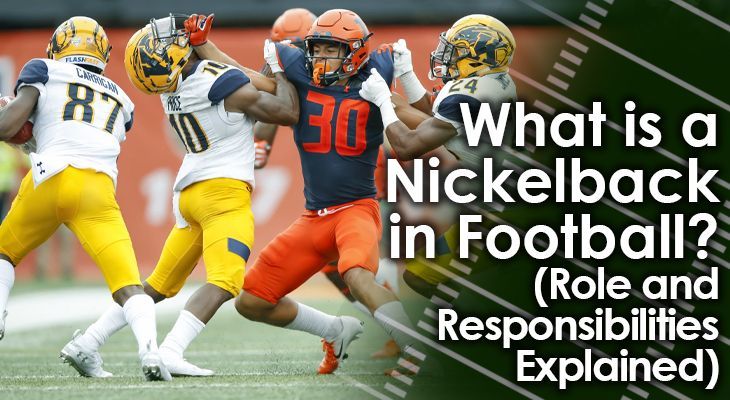 The nickelback was once a defensive player who would only see the field in obvious passing downs.

In these situations, the defense would sub out a defensive linemen or linebacker for a fifth member of the secondary.

This way the defense is able to protect against extra receivers on the field.

The position actually gets its name from the fact that there are five members of the secondary on the field in these situations.

A nickel is the name for coins in the United States that are worth 5 cents, hence the term nickelback.

Today, with teams at the college and professional level opting to throw more and spread the field, many defenses have countered by playing a nickelback on almost all downs.

This has turned the nickelback from a reserve player rarely called on to a starting defender.

Many base defenses now consist of five members of the secondary, three linemen and three linebackers every down.

But, what does a nickelback actually do?

In most cases, nickelbacks are a team's third best cornerback.

They are usually third on the depth chart at the position.

Nickelbacks used to only come onto the field when one of the starters gets injured or in situations that call for more defensive backs.

Because of this, these players traditionally didn't have the same skillset as the two starting cornerbacks.

Again, though, many defenses are starting to employ nickelbacks in more situations than ever before.

As such, NFL teams are drafting, trading for, and signing more skilled cornerbacks than they used to carry on their roster. 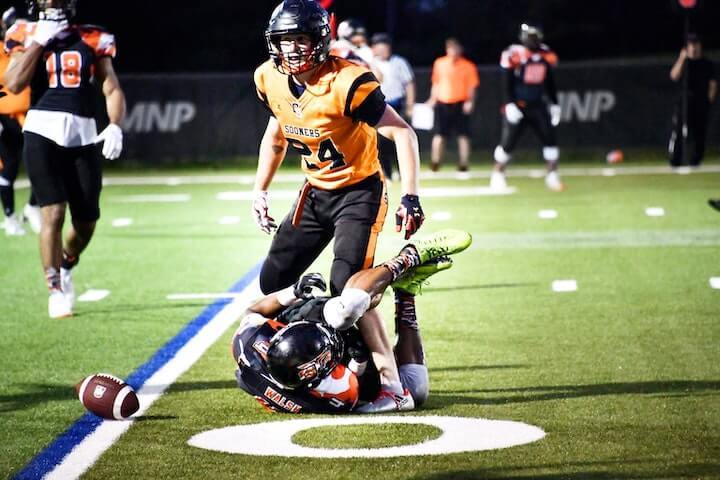 Why Use a Nickelback?

"Why do teams use nickelbacks?"

The answer is quite simple.

Even though this player is not a typical defensive starter, he's likely much better in coverage than your worst starting linebacker is.

So, the decision becomes -- when the offense brings in an extra receiver, do you want your worst linebacker covering him, or your third best cornerback?

In almost every case, your answer will be your third best cornerback.

Nickelbacks have are trained specifically to master the art of covering receivers.

They are trained to be quicker and faster, hence are more capable of keeping up with speedy receivers.

A defense that uses a nickelback can play much faster and is also very versatile.

The nickelback can play closer to the line of scrimmage than linebackers typically would, allowing for extra opportunities to create confusion with blitz packages.

You can also employ a nickel defense that's simple or complex.

You can move players all over the field to keep offenses off balance, and you can run variations of man-to-man and zone coverage. 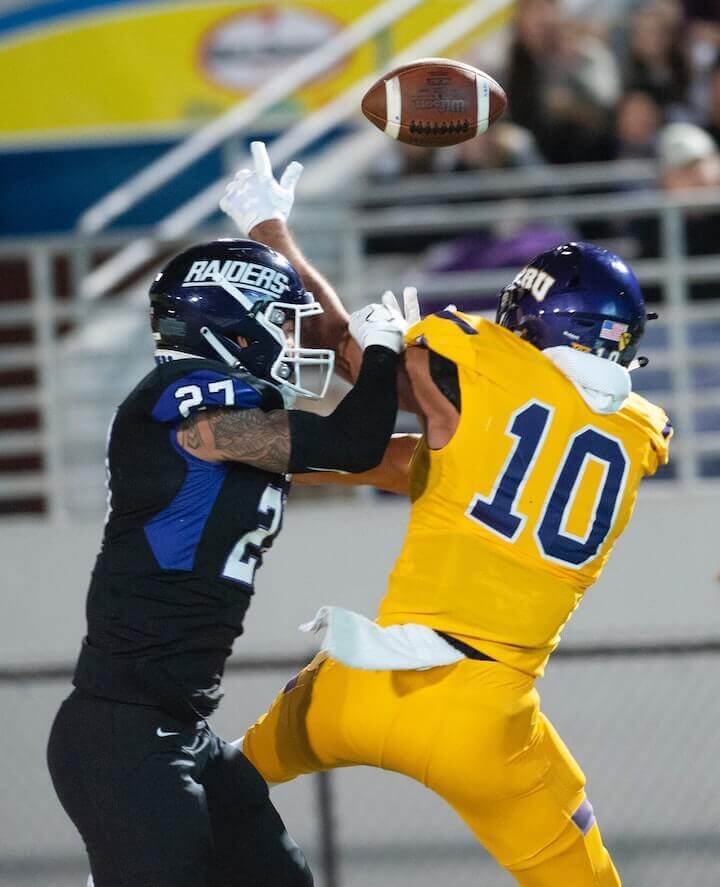 What Are Nickelbacks Responsible For?

Nickelbacks are typically responsible for what's called "underneath coverage."

Most of the time, they cover slot wide receivers who are likely to run shorter routes over the middle of the field and to the sidelines.

Depending on the specific defensive play, they may also be responsible for picking up a running back on a route out of the backfield.

If man-to-man coverage is called, the nickelback will in most cases stick with the slot receiver no matter where he goes.

If there's a running back in the backfield, he may have the freedom to peel off the receiver and pick up the back on a route.

The free safety would pick up the slot receiver once the nickelback peels off, then.

Playing nickel allows the defense to be more flexible with man and zone coverages.

The three cornerbacks can play man coverage with the two safeties providing zone coverage up top.

Each safety would be responsible for the two deep halves of the field over top in this case.

Defenses also have options for zone coverages, too.

In both cases, the nickelback is primarily responsible for the underneath zone.

One of the most common zone coverages is to run what's essentially Cover 4 -- with each "starter" in the secondary responsible for a quarter of the field.

The nickelback will then cover an extra underneath zone on the side of the field where the extra wide receiver is lined up.

A wrinkle to this would have the four "starters" playing Cover 4, with the nickelback playing quasi-man coverage.

This would mean that he'd stay with the slot receiver until a certain depth on the field and then peel off to the running back in the backfield if need be.

The only difference here is that both cornerbacks would now be playing zone coverage, too, instead of just the safeties on top.

A nickelback isn't always just a bench player who gets into games when a starter is injured or other rare occasions.

Many teams in football are starting to make use of nickelbacks more, essentially making them starters.

In any case, the nickelback is a speedy cornerback defenses choose to play instead of a third linebacker.

He is typically responsible for underneath coverage of the slot receiver and/or running back out of the backfield.

Running a nickel defense can give coaches plenty of wrinkles to throw at opposing offenses.

So, make sure to build up all the cornerbacks on your team so you can use the nickelback on the field more.