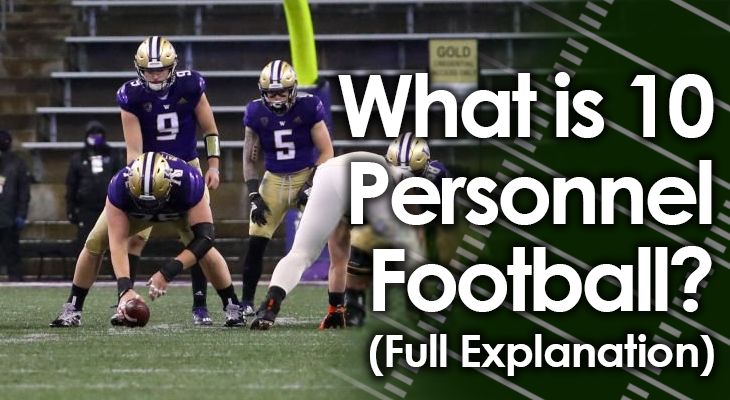 Football coaches need a way to quickly identify a package of players on the field.

These "personnel groupings" are important for the offense and the defense, as it allows each to set up the plays they'll run in a game.

As such, coaches gave personnel groupings certain naming mechanisms based around numbers.

By simply knowing what the numbers meant, coaches on both sides of the ball would know how many players at each position were on the field.

One of those groupings is called the '10 personnel'.

But what is it, and what players does it involve?

All personnel groupings will start with two numbers before the word "personnel," and while it may seem complicated, it's actually quite easy to read.

The other 11 positions will consist of five offensive linemen, one quarterback and however many wide receivers are left to fill out the 11 spots on offense.

In football, 10 personnel is one of the main offensive groupings.

Following the direction above about how to read personnel groupings, you can quickly identify that there is only one running back and no tight ends.

After accounting for the five offensive linemen and one quarterback, this means there will be four wide receivers on the field.

Coaches can then quickly see that this is a formation will prioritize speed over size.

Knowing this information will help coaches understand what plays are likely to be called out of this formation. 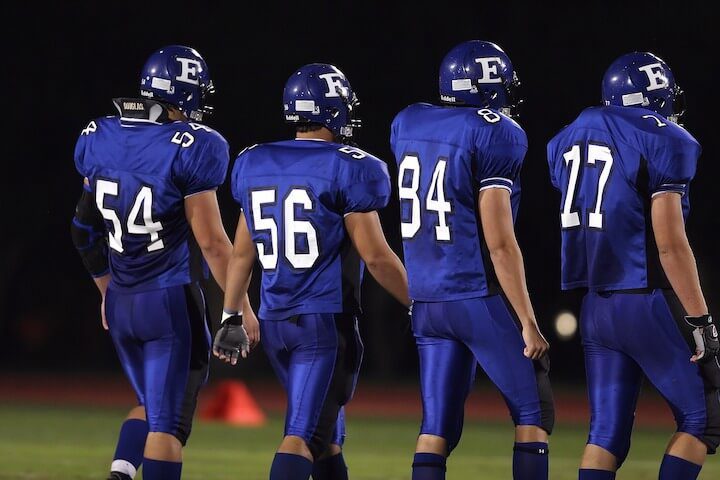 The main offensive formations that use 10 Personnel are:

Both have similar looks, but they take slightly different approaches.

The Air Raid is a pass-heavy offensive system.

While the Spread formation is also heavy on the pass, modern-day versions incorporate the running game a lot, too -- especially if the quarterback is mobile.

At its core, a 10 personnel grouping seeks to spread out the defense and force it to go with a smaller lineup.

With four wide receivers on the field, the defense is forced to take players away from the middle of the field to cover all the receivers.

In most cases, this will require the defense to sub out a linebacker for an extra member of the secondary.

That scenario provides the offense an advantage over the middle of the field. With fewer defenders there, it becomes a little easier to run up the middle or have shorter passes across the middle.

In addition, that scenario gives another major benefit to the offense: It creates mismatches in man-to-man coverage.

If the defense wants to run man-to-man, they either need to have a safety or an outside linebacker match up against one of the wide receivers.

If the defense decides to run zone coverage in this scenario, there are plenty of mismatches to be found, too.

The zone would have to cover all the way across the field, with defenders getting to the outside quickly. This gives the offense the opportunity to win on quick hitters in the passing game.

How to Counter 10 Personnel

Defenses will typically counter 10 Personnel by bringing in a smaller lineup.

The most common way to do this is to go with four defensive linemen, two linebackers, three cornerbacks (one being a nickelback), and two safeties.

They could also go with one safety and four cornerbacks.

Again, this does cause some issues for the defense in other areas of the field.

Specifically in today's modern game, well-tuned Spread offenses can use 10 Personnel to find abundant holes for the running game, especially in cases where the defense does employ two safeties deep.

In this case, the offense will create for itself an advantage in space (with where players are lined up) as well as an advantage in size (with bigger offensive linemen now outnumbering the defenders in the box). 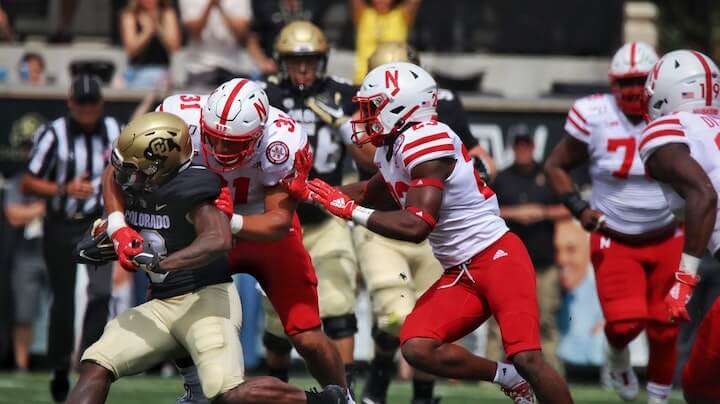 The 10 Personnel is obviously not a great grouping for hard-nosed football.

In other words, it's not great for short-yardage situations where the offense just needs to pound the ball up the middle.

It's also isn't the best option if the offense's running back isn't very fast.

The best 10 Personnel groupings utilize a shifty running back who can take the ball up the middle and to the outside, and chip in for the passing game, too.

If the quarterback doesn't find a receiver open quickly, there can be defenders in his face fast. This is due to the lack of outside blocking help with a tight end, nor a lot of great blocking help in the backfield, as the running back will run a lot of routes.

The 10 Personnel is one of the main offensive groupings in football.

It refers to the offense having one running back, no tight ends, and four wide receivers on the field.

The Air Raid and Spread are two formations that utilize the 10 Personnel the most.

Because of the players on the field, they are typically pass-heavy offenses, though modern-day versions of the Spread will take advantage of the size and spacing it provides to run the ball quite frequently.