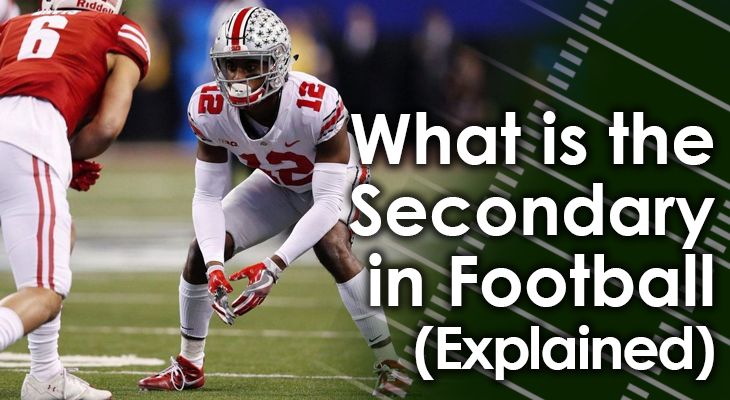 In football, teams are generally broken down into three (3) main categories:

These categories are then further broken down into sub-categories, generally considered 'position groups'.

While each individual player within these position groups has their own role, the groups are made since all players within them have generally the same overall duties.

One of those position groups on the defensive side of the ball is called the secondary.

Included in this position grouping are all cornerbacks and safeties, all of whom primarily serve as the defense's best players in pass coverage.

The players in the secondary also must support run defense, of course, but their primary skillsets lend themselves to being great in pass coverage.

Let's take a closer look at what the secondary is in football, how most secondaries are constructed, as well as the separate specialty of each position.

What is the Secondary in Football?

The secondary generally refers to any cornerback or safety in a defense.

Most base defensive alignments will have two (2) cornerbacks, a strong safety and a free safety on the field at all times -- for a total of four (4) players.

In today's game, however, it's becoming more and more common for defenses to run nickel or dime packages that include bringing in a third cornerback -- for a total of five (5) players instead of four.

Depending on the game situation, defensive coaches may choose to substitute out a safety or cornerback for an extra defensive lineman or linebacker.

But, in most cases, the secondary consists of four or five players. 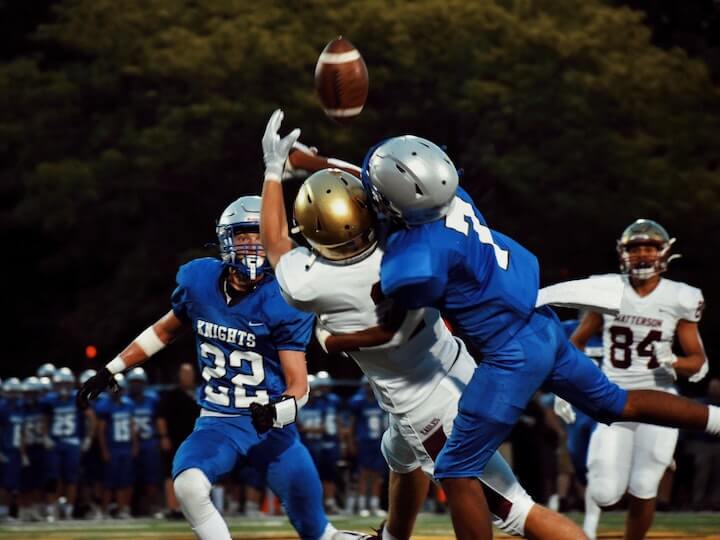 The Role of Cornerbacks

Cornerbacks are generally considered the best defenders against the pass.

Their primary responsibilities are to cover the offense's wide receivers.

They do this in the form of either man-to-man or zone coverage.

In man-to-man, they will match up one-on-one against a wide receiver.

Wherever the receiver goes, the cornerback will follow, trying to shield him from being able to get open and catch a pass from the quarterback.

In a hybrid zone, the cornerbacks will have some extra help from the safeties over the top.

In a full zone defense, the cornerbacks will simply cover any receiver who enters the specific area of the field the cornerback is responsible for.

While they aren't the best tacklers on the defense, they can serve well in run coverage by taking good angles and forcing ball carriers into the middle of the field, where the defense's best tacklers are.

Cornerbacks may also be asked to blitz the quarterback from time to time, throwing him off and forcing him to make an errant throw. 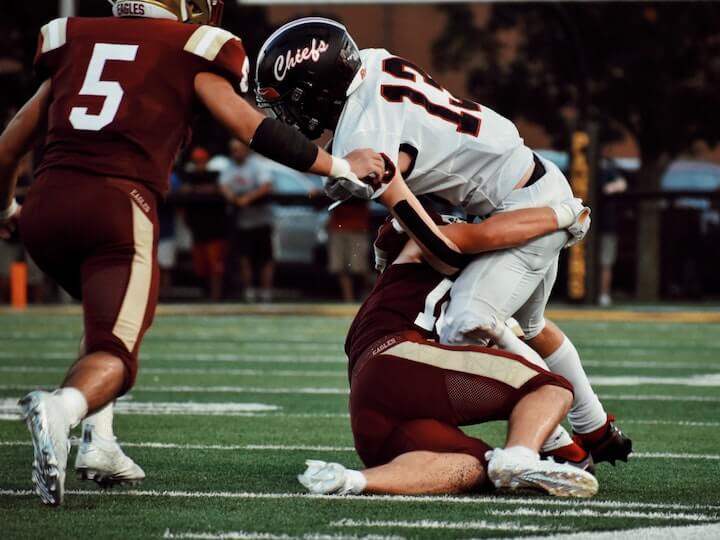 Free safeties are typically cornerbacks that have a little more size and tackling ability.

People who play this position should have great vision and a lot of quickness, as they're often asked to cover a large section of the field and be able to read and react quickly as plays develop.

On a lot of plays, the free safety will act as the last line of defense. They will provide extra coverage over the top in case any receiver gets behind a cornerback.

This can be challenging for a number of reasons:

This means they'll need to be able to quickly read where their help is needed, so as to avoid getting too out of position.

Second, they'll need to decide where to help and then sprint out to that point as quickly as possible to catch up to receivers flying downfield.

Free safeties are also typically better tacklers than cornerbacks, though not as good as linebackers. This is important, as they might be the last defender between a ball carrier and the end zone.

They need to make solid tackles on ball carriers or at least force them out of bounds. 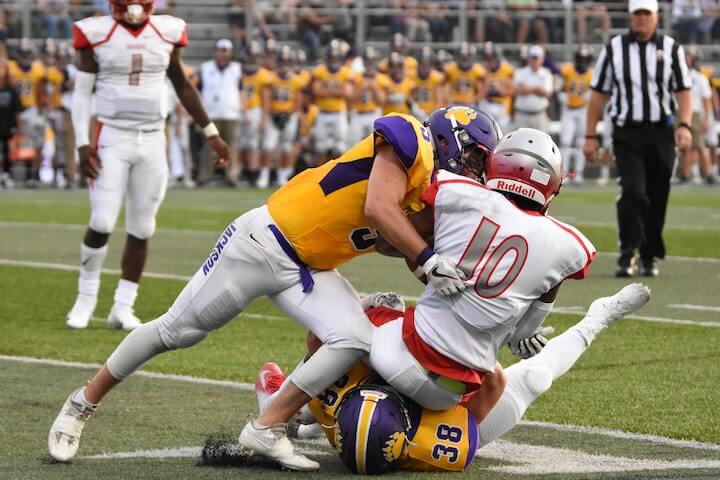 The final major cog in the secondary is the strong safety.

Players who man this position are built more like smaller linebackers.

Though they may be bigger, they should still have enough quickness to put them at par with other members of the secondary.

Here are a few traits of a good strong safety:

They need to be able to provide good pass coverage in zones against wide receivers.

While in man-to-man, they're often asked to cover big tight ends and smaller, but speedy running backs.

Because of this, defensive coaches often ask them to approach the line of scrimmage pre-snap, to provide extra help against the running game.

Since they line up in this spot of the field a lot, strong safeties need to be bigger than most other members of the secondary. They'll blitz a lot on passing plays and will play a big role in run support.

In more complicated defensive play calls, they may even sub in for an outside linebacker who might be blitzing. As such, strong safeties need to be able to wear a lot of hats all at the same time, and be nimble.

On one play, they may be in pass coverage...

And on the next play after that, they might be asked to support the run coverage near the line of scrimmage.

This is a lot to ask, and it's why strong safeties can be game-changers for a defense.

The secondary is one of the main position groups on defense in football.

It's comprised of the cornerbacks, free safeties, and strong safeties on a team.

This group is primarily responsible for pass coverage, but must also be able to support the run defense well, as they are quite literally the last line of defense.