What is a Slot Receiver in Football? (And How to Play It) 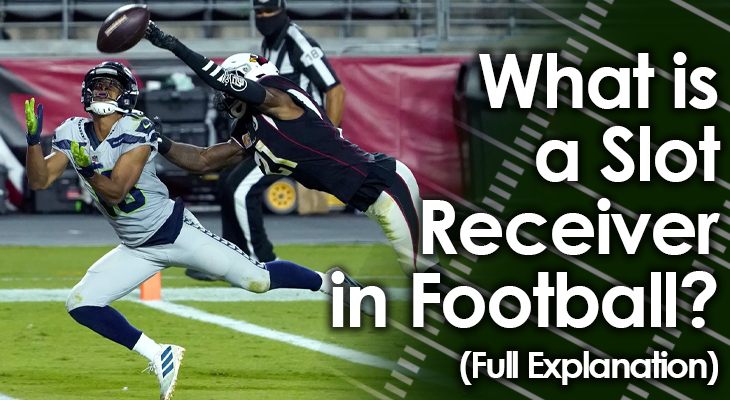 Wide receivers have always been integral parts of a football team.

What once was seen as a complementary position, wide receivers have become even more important to offenses than ever (as seen with all the huge NFL contracts they get nowadays).

Skilled wide receivers can completely set the tempo for a game, and completely change the game in an instant.

With so many offenses becoming pass-heavy -- at nearly every level of the game -- it's no wonder wide receivers are being relied upon now maybe more than ever.

Not all wide receivers are created equal, though...

There are different types of receivers on a football team, with each having a unique set of skills and characteristics.

Each type of wide receiver does slightly different things on the field as well. One of those wide receivers is the "Slot Receiver."

But, what is a Slot receiver? And what makes players a fit for this particular wide receiver position and not others?

Slot receivers were once considered the team's third-best receiver.

They were called on to play during three-receiver offensive sets, which certainly wasn't every play.

In many ways, they would work hand-in-hand with a nickelback on defense. When the Slot receiver was in play, the nickelback would trot out onto the field on the defensive side of the ball.

Today, though, the position has become a much more prominent and important part of the offense.

Slot receivers find themselves on the field more often than they're on the sideline, as offenses are running alignments that have at least three wide receivers more frequently. 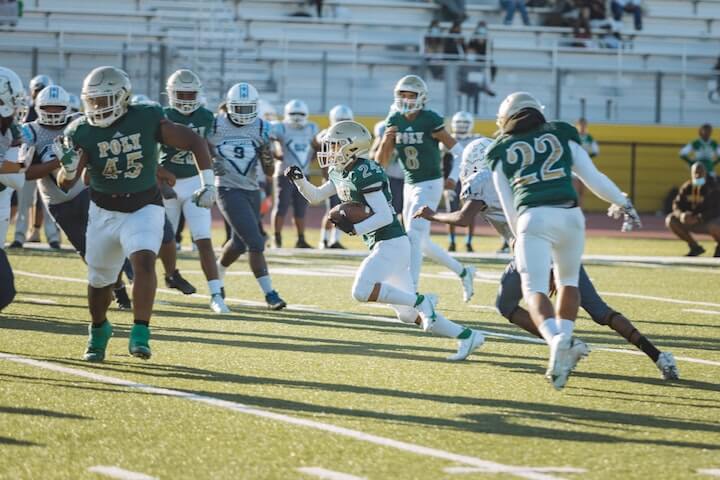 Why It's Called a Slot Receiver

The Slot receiver got its name because of where the player typically lines up on the field.

He positions himself pre-snap between the last man on the line of scrimmage (either the tight end or offensive tackle) and the outside receiver.

This part of the field is called the "slot," which is how the position got its name.

It's a relatively simple definition, but being a Slot Receiver is much more than just where the player lines up.

In fact, their pre-snap alignment ends up dictating what characteristics a typical Slot receiver will have, what they will do, and what their strong suits are.

Aside from lining up in the slot position, he'll line up slightly in the backfield, a few steps off the line of scrimmage.

This provides him with more opportunities and options to do things that some of the outside receivers cannot.

What the Slot Receiver Does

Like all wide receivers, the Slot receiver does a number of different things.

And because he lines up off the line of scrimmage, he's often much more agile and flexible in what he's asked to do.

Many times, they will go in pre-snap motion, moving from one side of the field to the other before running his route after the snap.

This pre-snap motion is more gives the quarterback the chance to get a good read on what the defense is running.

It also provides the Slot receiver with extra room between him and his assigned defender before the snap of the ball.

Unlike most outside wide receivers, the Slot receiver may serve as a typical pass catcher, a blocker on run plays, and even a running back from time to time.

The Slot Receiver as a Pass Catcher

Some tasks of a Slot receiver are obviously to run routes and catch passes, just like all wide receivers do.

As such, he should have really great hands and good speed.

However, compared to outside wide receivers, the Slot receiver will be extra speedy and typically have top-notch route-running skills.

He likely excels in running precise routes, which he has to, because he's usually a little shorter and smaller than outside receivers.

Because of where he lines up on the field, the Slot receiver will need to master just about every passing route possible.

That's because he'll have plenty of room to run them -- to the inside and outside, deep, and short. 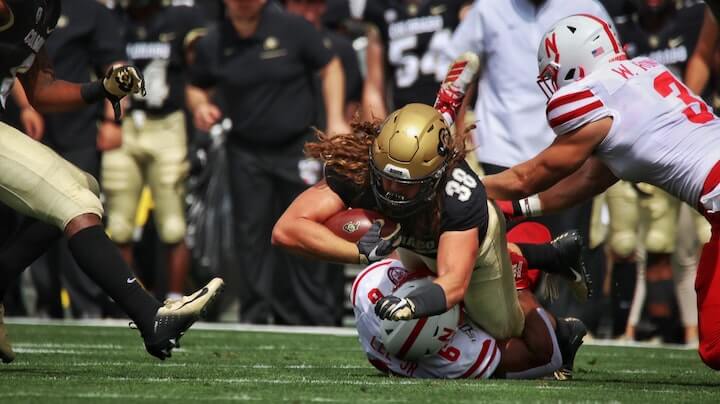 The Slot Receiver as a Blocker

For running plays on which he isn't the ball carrier, the Slot receiver will need to block.

He's actually a crucial part of the blocking game, since he's lined up relatively close to the middle of the field.

Because of his alignment -- and because of the defensive positions he'll line up near -- his initial blocking after the snap is often more important to the success of a running play than that of the outside receivers.

Slot receivers will block (or at least chip) nickelbacks, outside linebackers, and safeties.

They may even need to perform a crack back block on defensive ends.

On running plays designed to the outside part of the field, the role of the Slot receiver in sealing off the outside is especially important.

While they don't have to deal crushing blocks like offensive linemen do, they need to be able to position their bodies well enough to act more like a shield.

The Slot Receiver as a Ball Carrier

Again, because of where they line up, their pre-snap motion, and their speedy skills, Slot receivers may also need to carry the ball like a running back from time to time.

Many times, they will act as a ball carrier for pitch plays, reverses, and end-arounds.

On these plays, they will often be called into pre-snap motion by the quarterback -- the rest of the play is all about timing.

The quarterback tries to get the ball snapped just as the Slot receiver is making his way behind him in the backfield.

Then, the quarterback will either quickly hand the ball off to the Slot receiver or pitch the ball to him in the direction of his pre-snap motion.

Because of this motion, the Slot receiver will already have a full head of steam behind him before he even gets the football in his hands.

This allows him to get to the outside of the field, hopefully finding plenty of open space where he can avoid getting hit by the defense's best tacklers.

After the offense runs one or two of these running plays with the Slot receiver, he can then act as a big decoy for future plays, too.

The quarterback can fake handoffs and pitches to the Slot receiver when he goes in motion, and then either pitch the ball to the running back toward the opposite side of the field or pull the ball down for a passing play.

Slot receivers have a unique set of skills that make them a fit for this specific receiver position.

While Slot receivers will have some of the same skills that outside receivers do, they typically have five specific skills that are better than the others who play their position.

As mentioned before, Slot Receivers are usually the best route runners on the offense.

They almost have to be this way, since they usually run more routes than outside receivers, tight ends, and running backs do.

In addition, because they cover much more of the field, they need to make sure they run their routes with excellent precision.

All wide receivers need to be able to catch the ball effectively on a consistent basis.

After all, the famous saying in football is that a wide receiver who doesn't have good hands is called a cornerback.

Slot receivers, though, usually have the best set of hands among all the wide receivers.

There are a few reasons for this.

They usually have to make tougher catches since they operate in high-traffic and they're often thrown the ball on timing routes (more on that in a bit).

They'll often catch balls with blocked vision, being smaller receivers unable of making catches over the heads of the defenders.

They'll need to be able to secure the ball as they absorb contact from hard-hitting defenders like linebackers and safeties more often.

Slot receivers are usually the fastest wide receivers on the team.

They need this speed to be able to get to their spots quickly, whether that's deep down field burning by defenders, or outrunning defenders from sideline to sideline.

But, it's more than just straight-line speed that Slot Receivers have...

They need to be elusive, too.

For them to shake their defenders and find the open spaces on the field, they need to be able to stop and cut "on a dime."

They need to be able to dip and duck in between and underneath coverage.

They need to find their way through crowded areas so the quarterback can see them open and find them with their throws.

A lot of the passes that Slot receivers catch have a lot to do with precise timing with the quarterback.

On many routes, the quarterback will be looking to release the ball before the Slot receiver even turns around to catch the ball.

If the timing is off between the quarterback and Slot receiver, then many attempted passes won't be successful.

It takes a lot of practice for the Slot receiver to get on the same page with the quarterback.

When they get that down pat, it's a beautiful thing that can result in some really big plays.

Slot receivers also need to have great awareness of the field.

They need to know which defenders are where if they want to be successful in their route running and timing plays.

As mentioned before, Slot receivers need to have an advanced ability to block, more so than outside receivers.

They are an important cog in the blocking wheel for offenses, so they can't just ignore this aspect of the game altogether.

Again, Slot Receivers don't have to deal devastating blows, but they do need to know how to properly position themselves to prevent defenders from getting to ball carriers. 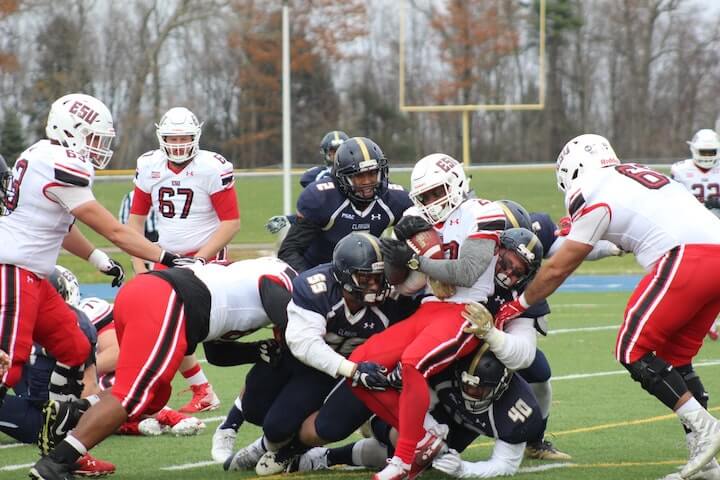 The Slot receiver is often considered an offense's third-best receiver, but that stigma has changed in recent years.

Now, Slot receivers are seen as a separate position all by themselves.

Study some of the things that a Slot Receiver must do, and some of the skills they must have, and determine which players on your team would be a good fit for the position.