What is a Crackback Block in Football? (Full Explanation) 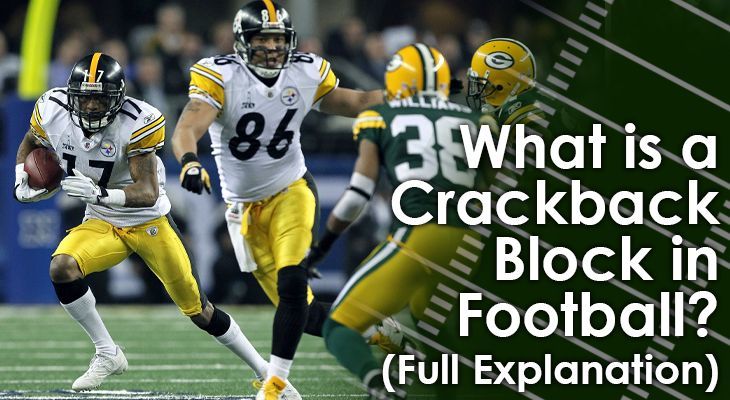 A crackback block is a defensive scheme that involves wide receivers or tight ends performing blocks rather than trying to get open.

These players surprise defenders, blocking them from an angle that's not head-on.

A crackback block can be an extremely effective blocking scheme and is often used for running plays that aim to get the ball to the outside.

By using a wide receiver or tight end to block the defensive end, it opens up offensive linemen to use pull techniques to get out in front of the ball carrier.

It also uses an element of surprise to knock the defender off his normal route to the ball.

Crackback blocks are easy to teach, but proper execution is a different story...

Leagues today are starting to literally "crack down" on crackbacks that are considered illegal. Officials penalize teams that put other players at serious risk of injury.

To understand how to properly execute a crackback block, let's discuss what it is, and what determines whether it's legal or not.

How to Run a Crackback Block

This type of block will help the offensive tackle or other tight end who lined up at the line of scrimmage.

It gives the offense the ability to seal off the outside of the field for a huge gain.

Crackback blocks can also target outside linebackers because of their alignment on the field.

To run a crackback block, a wide receiver or tight end must first be split out wide. They can't be lined up tight to the line of scrimmage, as we'll soon see.

Before the snap, the quarterback will bring the receiver who's executing the crackback into motion.

The receiver will go to the inside, toward the formation.

At the snap, this same receiver will execute a crackback block to the defender lined up on the edge of the line.

It will come from the defender's blindside, taking him by surprise and knocking him off his angle.

The offensive tackle (or tight end) lined up opposite the edge defender at the start of the play may deliver a quick direct blow.

They can then peel behind the receiver to get outside and serve as a lead blocker for the running back.

The success of the crackback block is dependent on timing.

The receiver needs to get enough momentum and then time his movement toward the edge defender at the snap of the ball.

If there is a significant delay between the snap and the crackback block, the defender will be able to get into the backfield quickly.

This is especially true if the offensive tackle is peeling behind the receiver or is pulling on that play. 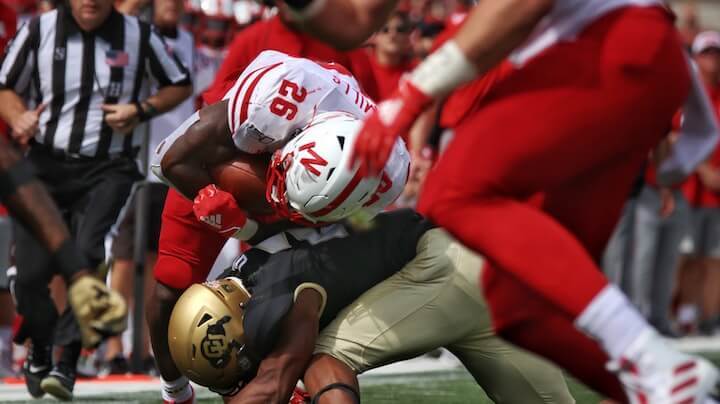 How to Make Sure the Block is Legal

In recent years, football leagues at all levels have amped up the emphasis on player safety -- which is a good thing.

In the process, they've made plays that put players in danger of serious injury illegal.

The most vulnerable parts of a player's body in a football game are their legs and their heads.

Therefore, leagues have been trying to reduce contact to players' heads and legs when they can't defend themselves.

Since crackback blocks attack the defender's blind side, it will continue to be a target of football officials.

Any player running a crackback block should avoid making initial contact with an unsuspecting defenders' legs or head.

Initial contact with the defender below the waist or above the shoulders will likely be called for a penalty.

This can be challenging, especially because crackback blocks rely heavily on timing.

Also, it involves a speedy receiver running fast to track down a speedy edge defender from his blind side.

It's important to teach receivers to target their crackback blocks at the defender's numbers.

Despite the angled approach, they still need to make initial contact between the defender's shoulders and waist.

To do this, teach receivers to avoid lunging and diving at defenders.

Diving, on the other hand, can result in initial contact with the defender's legs.

Either of those situations puts the defender at risk of suffering serious injuries.

Because the crackback is a surprise block that comes from the blindside, a defender doesn’t have any chance to defend himself.

It's what makes the crackback so effective when run properly.

At the same time, it makes your players very susceptible to causing injury -- and to be called for a penalty.

Contrary to what some people think, the crackback block is not illegal in football.

It's a legal play that can be extremely effective when run properly.

It's a play that takes a lot of great timing and practice.

And it also takes a lot of care to ensure the receiver isn't putting the defender at risk of serious injury -- or himself at risk for being called for a penalty.