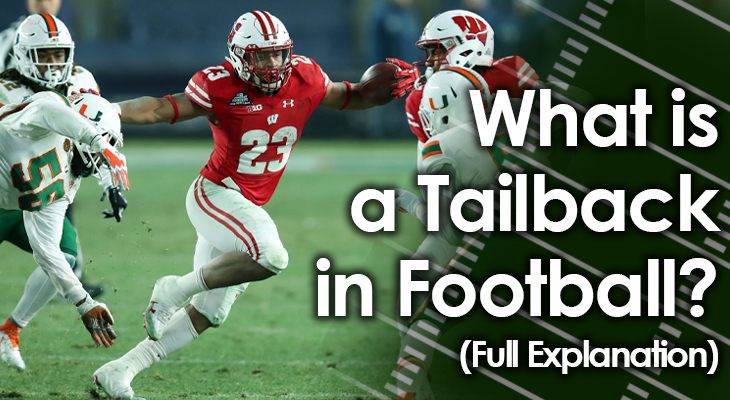 A tailback is a position in football that can go by a lot of different names.

Sometimes, people refer to the position as the halfback.

While these names are often used interchangeably, a player who's considered a tailback is a running back who will be carrying the football on handoffs more times than not.

They will also occasionally be thrown the ball in the passing game, depending on the skills of the player and the type of offense the team is running.

For this reason, a fullback is generally not ever called a tailback. That's because his primary job is to serve as a lead blocker and not a ball carrier.

In addition, tailbacks general line up directly behind the quarterback, or slightly to one side or the next.

Wing backs, who line up in the backfield but further out wide, are generally not referred to as tailbacks, then.

Let's take a closer look at what makes a tailback, and what his roles and responsibilities are.

Responsibilities of a Tailback

The tailback will have three main responsibilities.

In order of how he's used most often, the tailback will carry the football on handoffs and pitches, catch passes out of the backfield, and block.

Taking handoffs and running with the football are the main responsibilities a tailback will have.

He's the most talented player with the ball in his hands in traffic, which is why he plays the position.

His main job here is to take either a direct handoff or pitch from the quarterback, find the open holes on the field based on where the blocking in front of him is developing, and then burst through that hole to gain as many yards as possible.

Before the snap, the tailback will have an assignment on where he should run with the ball based on the play call.

However, as we all know, the gaps and holes on the field don’t always open up in the exact place as designed.

So it's the tailback's job to recognize this as the play is developing and make adjustments based on what he sees in front of him.

This can be very challenging.

The quarterback has to read defenses like this, too, but he'll be standing up straight either pre-snap or even after the snap with the ball in his hands.

The tailback, meanwhile, will be running forward while he's doing so and trying to keep low to the ground to make it through holes and have a low center of gravity. 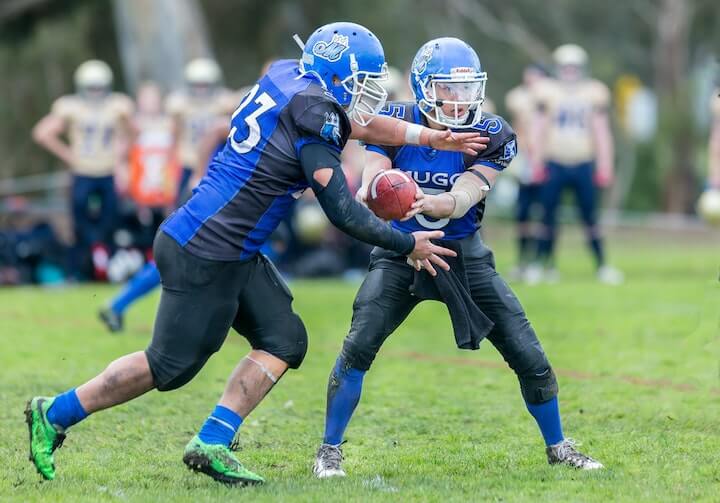 In a lot of modern football offenses, tailbacks need to catch passes out of the backfield.

While tailbacks don't have to be masters of every single passing route, they do have to master a few basic routes that their position will run most often.

This includes a screen pass, a Flat route, a Wheel route and other shorter routes over the middle of the field.

A lot of times, tailbacks will serve as the safety valve for the quarterback in the passing game.

In other words, if the quarterback can't find one of his primary targets open during a passing play, he'll turn to his tailback to "dump off" the pass, just to ensure the play results in positive yardage instead of a sack.

Here, the tailback will need to not only know where to run on his route, but how to improvise his route based on how the play is developing.

The tailback needs to get to his spot on the route, but then adjust and run to where the quarterback can hit him with a pass if he needs to dump it off.

On some plays, the tailback may need to stay in the backfield and block.

Most of these situations will occur on passing plays, especially when a tight end is running a route.

In these cases, the tailback will serve as an additional blocker.

His main responsibility here is to pick up the first defender who's able to break through the line of scrimmage.

No matter what side of the field the tailback lines up on, his job is to scan from sideline to sideline.

He'll be looking for any defender who breaks through the line and would have an open shot on the quarterback.

Then, he'll need to step up in that direction to deliver a hard blocking blow to keep that defender from making his way to the quarterback.

Again, in this sense, the tailback serves as the safety valve for the quarterback.

He's the last line of defense, so to speak, before the quarterback gets hit by a defender on a sack attempt. 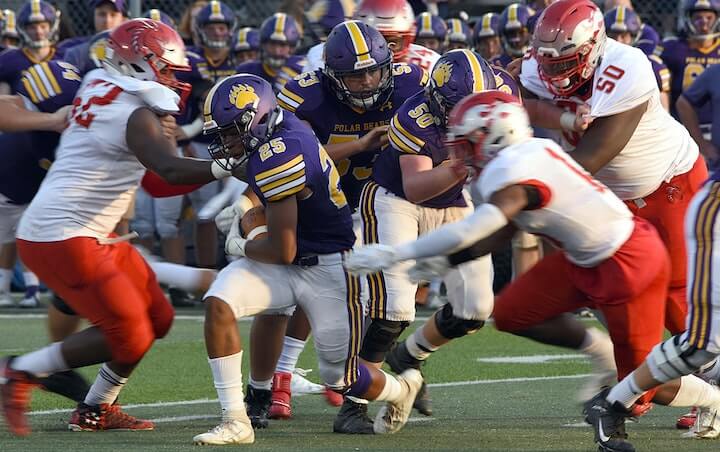 The tailback name is used interchangeably to mark a number of different positions.

In most cases, though, a player is correctly referred to as a tailback if he lines up in the backfield behind or close to the quarterback, and would generally be considered the team's top option for handoffs in the running game.

Tailbacks need to have good size, strength, agility and endurance, as the position is very demanding.

Tailbacks will take a lot of hits from defenders as they not only run through the line of scrimmage, but also step up to block on plays they're asked to serve that role.

People who play the tailback position get banged up relatively often, so they need to be tough both physically and mentally so they can bounce back after hard hits to do it all over again on the very next play.