What is a Shallow Cross in Football? (Full Explanation) 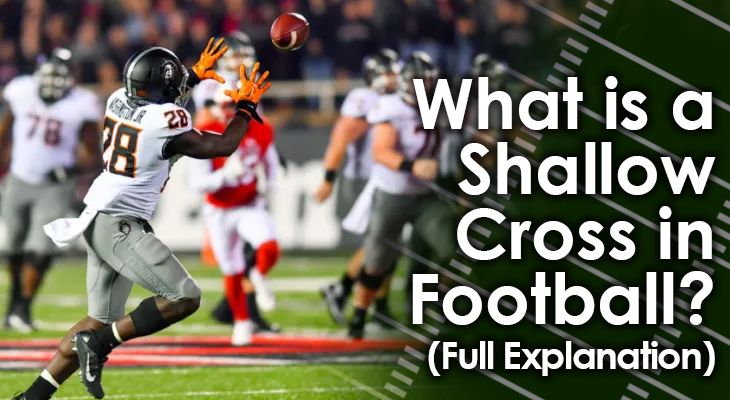 The Shallow Cross is one of the simplest routes for both a receiver to run and a quarterback to complete.

The receiver will simply drag across the field from one side to the other, and the quarterback will aim to hit him in stride as he's doing so.

But despite being so simple and straightforward, it's one of the most effective routes you can run in a football game at any level.

The key to a successful Shallow Cross route is calling it for the right players, in the right situations, and with the right complementary routes.

Let's take a closer look at what a Shallow Cross is, and how it should be run from start to finish.

Purpose of the Shallow Cross Route

The Shallow Cross is a very simple passing route that will take a receiver from one side of the field to the other.

The receiver will simply "drag" from his side of the field toward the opposite sideline after the snap of the ball, keeping a relatively shallow distance of about five yards.

The Shallow Cross looks to accomplish a few things…

a. Strength of Speedy Receivers

First, it looks to take advantage of a very speedy receiver.

It's often called for a receiver who lines up out of the Slot position, between the last player on the offensive line and an outside wide receiver.

By having the receiver run shallow and then basically sprint straight across the field, the defender needs to chase him for a long period of time.

Here, speedy receivers can often get open and then run away from would-be tacklers.

b. Confuse the Defense

Second, the route looks to cause confusion among defenders based on where the route is being run.

On his path, the receiver will run straight through the second level of the defense -- where linebackers and (on occasion) safeties line up.

This will block these defenders' sight lines to the quarterback and other receivers, allowing another receiver to get open.

In other words, the ultimate goal of the Shallow Cross isn’t just to get the receiver who's running it open; it's also to create confusion so other receivers running deeper routes might get open, too.

This is why many offensive coaches will call the Shallow Cross in combination with other deeper routes -- and some that cross the field in the opposite direction.

For example, in a three-receiver set with a tight end, the coach may ask both outside receivers to run a Go Route or Deep Post, while the tight end will run an In route that will go in the opposite direction of the Shallow Cross.

This combination will force defenders to run in opposite directions of each other, which could cause them to bump into each other -- or at least significantly change their path.

This will hopefully cause at least one receiver to get open. 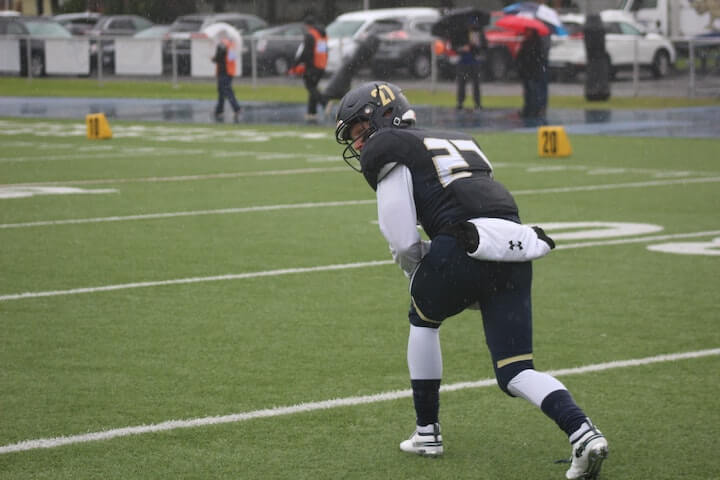 How to Run the Shallow Cross Route

To run an effective Shallow Cross, the receiver shouldn't give away where he intends to run too early.

If he does, his defender (and others) could shade to that side of the field, which could put a roadblock in between where he wants to go on the field.

At the snap, the receiver running the Shallow Cross should take a step forward off the line of scrimmage.

Then, he should immediately plant his outside foot and cut toward the inside of the field.

He shouldn't take a hard angle, as he would with a Slant route. Instead, he should round off his cut to the middle a bit.

He'll sprint straight across the field, making sure to get a little depth on the route with the rounding off at the top.

However, he needs to make sure he doesn’t get too deep -- at the most, he should aim to get about 5 yards off the line of scrimmage.

This will allow him to run behind the defensive linemen, but in front of (or through) the linebackers.

Again, he'll be sprinting straight across the field, looking to gain as much separation from his defender as possible.

If the quarterback ends up throwing him the ball, his job is to catch it and turn upfield to gain as much yardage as possible.

He should have plenty of room to run if he does catch the ball, so he could cut inside or outside, depending on where the openings in the defense are.

The receiver running the Shallow Cross will have one major challenge when running his route...

To avoid running into other players.

Since he'll be running right in the heart of the defense, he'll likely come pretty close to defensive linemen, linebackers, and members of the secondary.

So, while he needs to be looking back at the quarterback while on his route, he also needs to keep his eyes peeled for other players on the field.

He may need to adjust his route slightly to avoid running into other players -- but he won't be able to do that if he's looking only into the backfield the entire time. 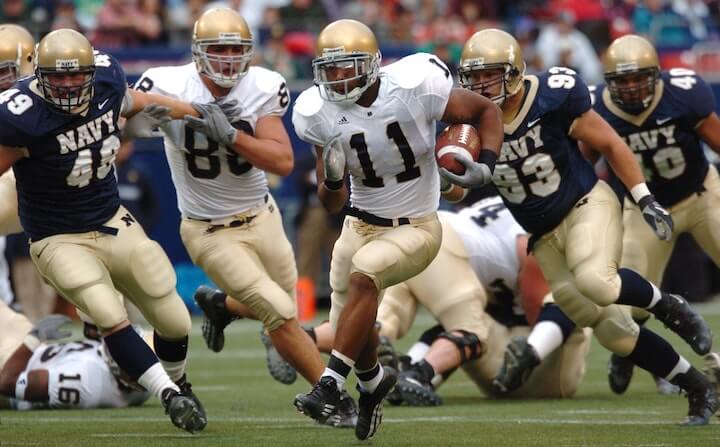 The Shallow Cross is one of the simplest passing routes to teach a player.

All he'll need to do is basically sprint straight across the field, while avoiding contact and trying to create separation from the defender.

The great part about the Shallow Cross is that, when used properly in conjunction with other routes, it can be a very devastating play that either gains a lot of yardage or results in another player running a deep route getting open.