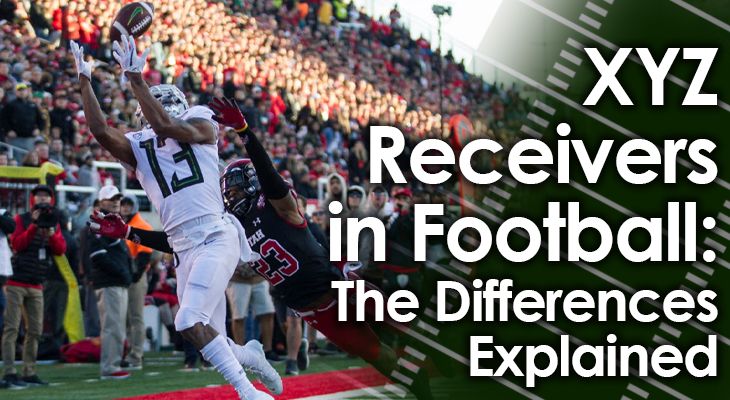 XYZ aren't just the last three letters of the alphabet...

They're also letters given to wide receivers in football.

These letters symbolize different players and the different roles they serve.

Football coaches use these letter abbreviations because it's much simpler to refer to the different wide receivers on the field.

These abbreviations allow coaches to easily integrate players into sketches of specific plays, and even include them in the callout of plays relayed to the offense by the quarterback during the huddle.

It also allows them to categorize wide receivers based on their skills, where they typically line up on the field, and the roles and responsibilities of each position.

Wide receivers can certainly play multiple "positions," though many will serve as either the X, Y or Z role most of the time.

This allows them to get comfortable with their tasks, and to take advantage of the unique skills they bring to the table.

Below, we'll discuss in further detail the XYZ receivers in football and what the differences among the three are.

What are XYZ Receivers in Football?

XYZ are the letters given to the three main receivers in football.

While you might think that all wide receivers are the same, that's simply not true.

Each have a slightly different role.

A good comparison is baseball -- specifically the shortstop and the first baseman.

The same holds true for the XYZ receivers in football, as we'll soon see. 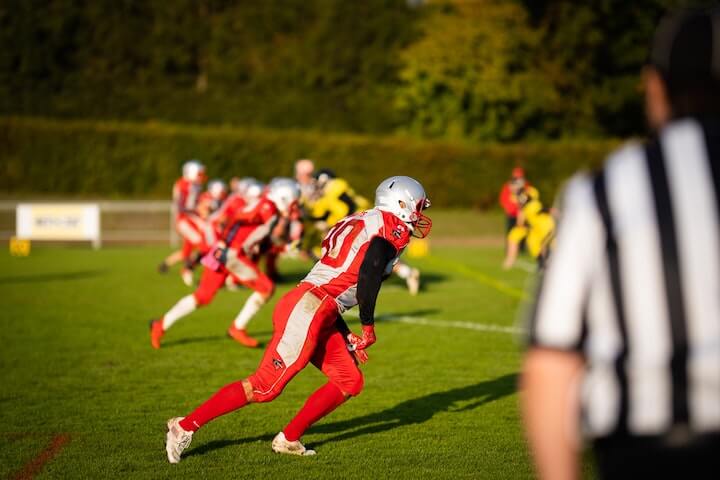 The Role of an X Receiver

The X Receiver is sometimes referred to as the "split end".

That's because his position is on the opposite side of the field of the tight end.

He'll almost always line up right on the line of scrimmage and be the furthest wide receiver from the ball.

Because of his positioning on the field, the X Receiver will go up against man-to-man pass coverage a lot.

Cornerbacks will often line up directly opposite them and try to jam them at the line of scrimmage.

To be successful at the position, an X receiver has to be either (1) quick or (2) physical enough to break away from this jam consistently.

If he's a physical specimen, his size and strength will allow him to break free from the jam.

If he's less physical, he at least has to be quick enough to create separation and get away from the defenders.

The X's main role is to work the outside of the field, covering both the widest and deepest portion of the field.

The Role of a Y Receiver

The Y Receiver is the letter name assigned to the receiving tight end in today's football game.

If there are two tight ends on the field, the second one -- who often excels more in the blocking game -- will typically be the H-back.

A tight end designated as the Y Receiver will usually have good receiving skills.

If the offense doesn't have a really good receiving tight end, they might not designate him -- or anyone else -- to be a Y Receiver, since they won't have one in their game plan.

In today's game, though -- from high school level up to the pros in the NFL -- most teams will have a receiving tight end they can designate.

They're solid receivers, but they also must chip in and be a strong option at the line of scrimmage, too, playing a huge role in the blocking game when necessary.

Because of this, Y Receivers have to be physically imposing and strong to hold up blocking defensive ends and outside linebackers on running and passing plays.

They also must be athletic enough to break free of jams at the line of scrimmage, get open by running crisp passing routes and catch passes thrown their way.

They'll line up almost always at the line of scrimmage and tight to the line, too, either right next to the left or right offensive tackle.

The passing routes they run will often be in high-traffic areas such as the short middle of the field or the Seam.

This requires them to fight off multiple defenders as they try to get open and then haul in passes thrown their way.

The Role of a Z Receiver

The Z Receiver is sometimes referred to as the "flanker".

They will typically line up on the same side of the field as the tight end, though slightly off the line of scrimmage, in the backfield.

Because of this, the Z Receiver is often the called to go into motion pre-snap.

Quarterbacks may call them to motion from one side to the other quite often, which keeps defenses guessing and forces them to adjust their coverage.

The Z Receiver isn't just a decoy, though -- he's a vital part of the passing game.

Z Receivers will usually get a free break at the snap because they're lined up off the line of scrimmage. It's hard for defenders to jam them because of this, which allows them to start their route running free.

Some of the best Z Receivers are very speedy.

They must be able to accelerate immediately at the snap to start their routes, otherwise, they won't be able to take advantage of this free release.

Z Receivers must be great route runners as well and very versatile.

Because they'll line up all over the field, they'll need to run a variety of routes and catch passes at just about any level.

This requires a lot of running, but also great vision, great hands, and a fearless attitude to go into traffic and get the job done. 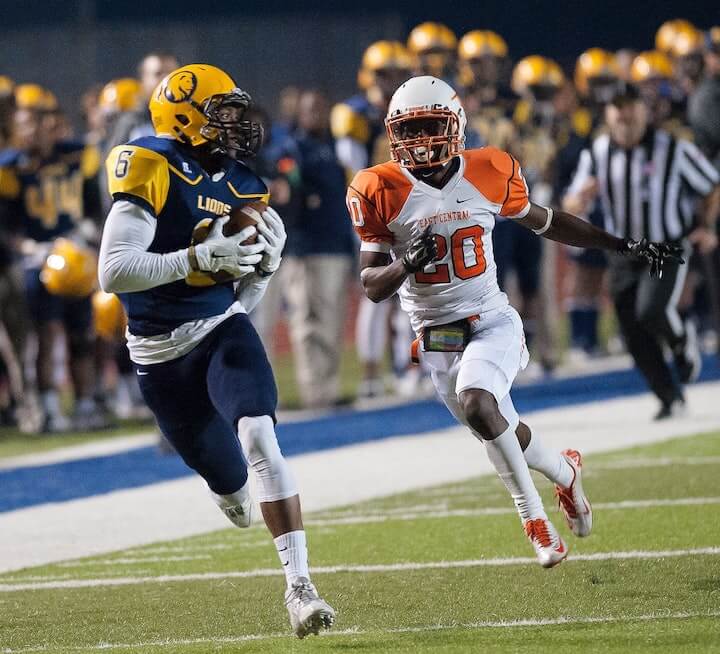 Offensive coaches use these letters to designate each individual position, which is quite different from each other and requires different skillsets.

By understanding what each of the XYZ Receivers is, it's easier to see why certain players occupy certain positions.