Why is Tripping a Penalty in Football? (Full Explanation) 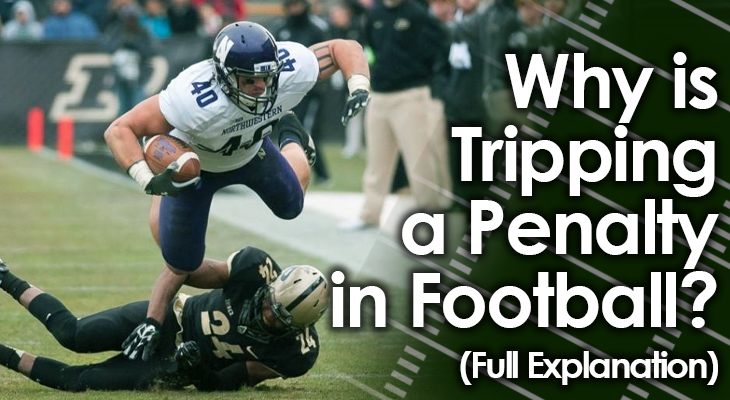 Offensive and defensive players in football are constantly trying to get an edge over their counterparts during games.

They learn different techniques for blocking and/or evading those blocks in an effort to accomplish their main task on a play.

Sometimes, players may think that an easy way to stop their opponent is to stick out their foot and trip another player.

However, doing so will result in a penalty.

When so much else is legal in football when it comes to blocking or evading a block, you might wonder why tripping is even a penalty.

There are good reasons why this is the case.

For one thing, tripping can result in players suffering major injuries, which is something all football leagues want to avoid.

Below, we'll discuss what a tripping penalty actually is, and then we'll go over why tripping is a penalty in football

What is a Tripping Penalty?

A tripping penalty happens any time a player trips another player from the opposing team on purpose.

The penalty can occur either during a play or after the play is over -- which leagues categorize as a dead-ball foul.

Most of the time, tripping occurs on players who do not have the football. For example, an offensive lineman tripping a defensive player to prevent him from getting to the quarterback or the ball carrier.

Tripping is still illegal on a ball carrier, however.

For example, if a defender sticks out his foot to trip a RB while they're running with the ball, he will be called for a tripping penalty.

In order to tackle a ball carrier, a defender must deal a big blow to him or wrap him up and tackle him down. 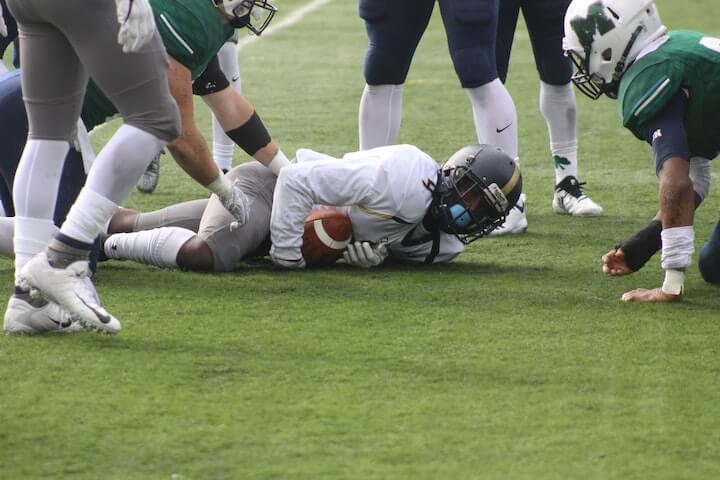 Why Players Trip Other Players

Most of the time, players commit tripping penalties as their last resort before missing out on their responsibility during the play.

For example, if an offensive lineman is going to miss a blocking assignment or if another defender is blitzing and is about to burst through the line of scrimmage, that offensive lineman might stick out his foot to trip the player to prevent them from breaking through.

Defenders will sometimes do the same thing as they are being blocked and see a running back about to dart past them with the ball.

The defender might think it's better to try to stop them at all costs, even if doing so results in a penalty.

The Result of a Tripping Penalty

When referees call a tripping penalty, the team that commits the foul will receive a 10-yard penalty.

This is true whether the offensive or defensive side commits the foul.

If the offense commits the penalty, the down will repeat. For example, if it's 2nd-and-7 when the penalty occurred, the next down will be 2nd-and-17.

If the defense commits the penalty, the offense will move the ball forward 10 yards, resulting in an automatic first down for the next play.

Some people may look at this and say that taking a tripping penalty could be worth it, based on the result of the infraction...

After all, taking a 10-yard penalty on offense might be better than allowing a defender to burst through the line and deliver a hard hit on the quarterback that could result in a turnover.

Likewise, a defender tripping a ball carrier and taking a 10-yard penalty and giving the offense a first down might be better than allowing the ball carrier to burst free for a touchdown.

If you only look at the tripping penalty from that angle, you may see how taking the penalty might not only be justified, but actually a smart play. 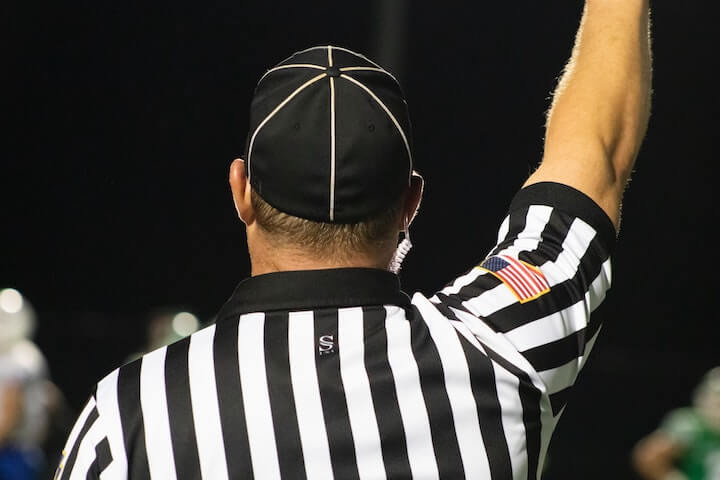 Why is Tripping is a Penalty a Football?

The reason why tripping is a penalty is that it's very dangerous -- to BOTH the player who gets tripped and the player committing the foul.

When a player sticks out his leg to trip another player, he puts his lower body in a very vulnerable position.

The person who's committing the foul is outstretching his leg and will make hard contact with the lower body of another player.

It's very easy for the player to get his foot and ankle stepped on or violently twisted. It's also possible that both players could "knock knees," which has been known to cause devastating and potentially career-ending injuries.

The same is true of the player getting tripped.

While tripping may not seem too bad, it can have similar effects to a chop block or other block below the waist.

The player is going full-steam-ahead in one direction, only to be blindsided and have his body violently stopped in the other direction.

This can cause major injuries to the thighs, knees, hamstrings, ankles, and feet of the player who is being tripped.

They could also suffer other upper-body injuries as they are taken to the ground quickly as if they were a ball carrier.

The high potential for injury is why tripping is a penalty in football.

Tripping may sound like a good idea compared to the alternative on a particular play, but it's never something football players should resort to.

It can be hard to avoid doing at times, as players sometimes almost instinctually stick out their legs to trip someone if they miss an assignment.

But coaches need to educate players on the dangers of tripping.

It's an illegal play in football because of the high likelihood that it could cause serious injury — and because of that, players need to avoid doing it at all costs.