What is Face Masking in Football? (Full Penalty Explanation) 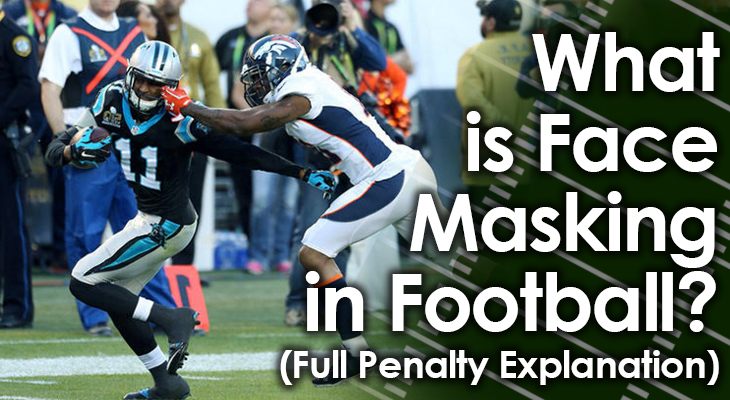 Football players wear a helmet with a face mask to protect their head, neck, and face while playing this high-contact sport.

Helmets are protective equipment and should not be used to make a hit on another player or used in any other way.

Sometimes, though, players end up hitting, pushing, or grabbing another player's helmet and/or face mask.

When this happens, it can result in a penalty call by the referee.

Most of these are major penalties, as there is a significant chance of injury if a player hits and/or grabs their opponent's face mask.

In the past few years, leagues have expanded face masking penalties in an attempt to provide an even safer environment for players.

While this is certainly a great thing, it has also caused some confusion as to what players may and may not do.

So, let's take a look at what the face masking penalty in football is, and what each different penalty constitutes.

The face masking penalty occurs any time a player pulls, twists, or grabs the face mask or helmet of an opposing player.

It doesn't matter whether this contact happens on purpose or by accident.

The simple fact that contact is made is enough for the penalty to be called.

But in recent years, referees have been cracking down on this and calling a penalty almost any time contact with an opponent's face mask occurs.

Face masking of any kind has always been a MAJOR penalty at all levels.

When it occurs, teams have always been penalized 15 yards.

If the defense is the team committing the penalty, the offense will also get an automatic first down.

In the NFL specifically, there used to be a major and minor face masking penalty.

Would be called any time a player grabbed, grasped, or pulled on an opponent's face mask. The penalty for this was the same as it is in college, high school, and youth football.

For inadvertent contact, teams would only be penalized 5 yards. That has largely gone by the wayside in the last few years, though, with only the major face masking penalty being called.

This is all part of the NFL's push for increased safety for all players. 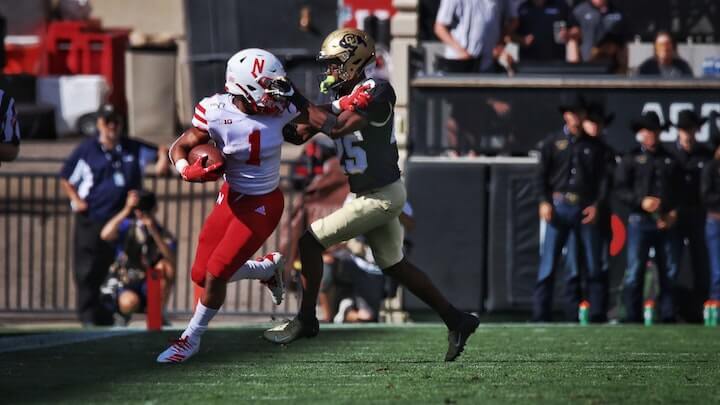 There are other penalties similar to face masking but go by different names.

They are essentially the same penalties, but done in very specific situations.

a. Illegal Use of Hands

You may have heard a referee call this penalty as:

"Illegal use of hands, hands to the face."

Referees call this penalty any time a player blocks another player -- or tries to shed a block -- and his hands get up into the face mask of the opposing player.

In this instance, the offense will receive an illegal hands to the face penalty.

This can also happen with any other position.

Similarly, defensive players can also receive the illegal use of hands.

Illegal Use of Hands Penalty:

Illegal use of hands is always considered a personal foul penalty.

This means the team committing the infraction will receive a 15-yard penalty.

The offense will also get an automatic first down if the defensive team is the one called for the penalty.

b. Roughing the Passer

Football leagues always try to protect quarterbacks who can find themselves in very vulnerable positions as they attempt to throw passes.

(Or even as they're handing the ball off to a running back.)

Another variety of the "face masking penalty" happens when players make contact with a quarterback.

When defensive players rush the quarterback, they may jump in the air to try to knock down a passing attempt, or at least cause it to go off-target.

In the process of doing this, they cannot come down and make contact with the quarterback's head or face mask at all.

This does happen from time to time, though -- and when it does, the defense gets called for a roughing the passer penalty.

In fact, a defensive player can never touch the quarterback's head or face mask, or he will always get called for roughing the passer.

Like all types of roughing the passer, the face masking variety is a personal foul.

The defense will get penalized 15 yards, and the offense will receive an automatic first down. 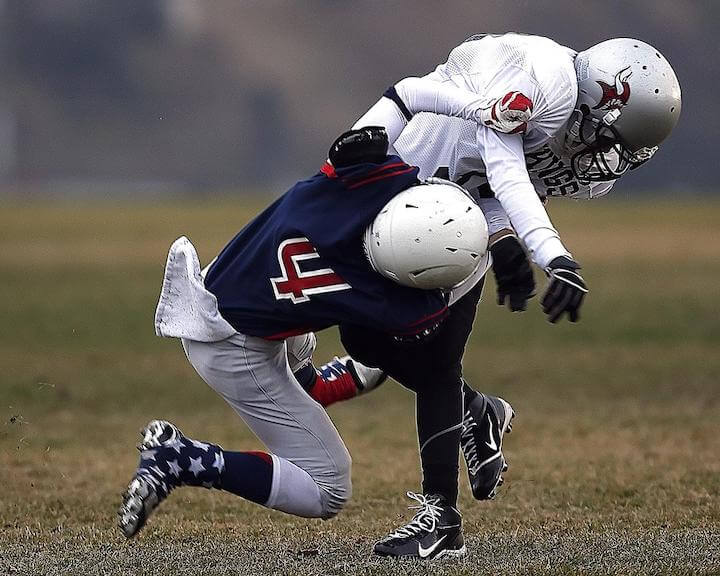 Face masking is one of the most significant penalties in football.

That's because there is a serious chance that players can get very injured if another player grabs, pulls, twists, or even hits a player's face mask.

There are different ways in which a face masking penalty occurs in football, which we've covered above.