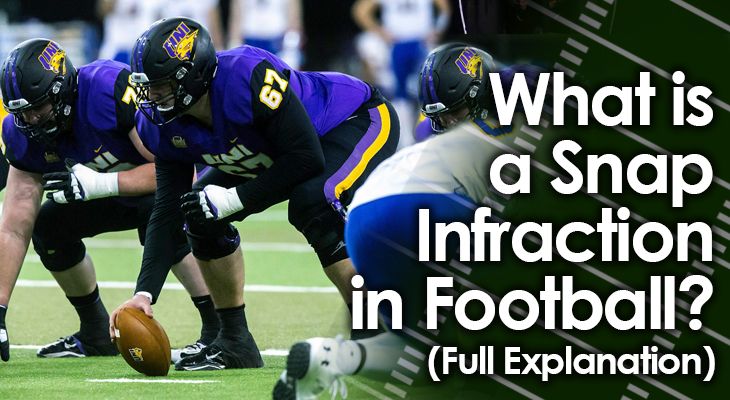 In football, there are some penalties that are called before a play even starts.

These are called dead-ball fouls, as they happen before a play has even begun.

Dead-ball fouls can also occur after a play has concluded as well -- with many of these being personal foul calls for late hits and the such.

The most common pre-snap dead ball foul is the false start committed by the offense.

Another one that can happen -- but isn't called as often -- is a snap infraction.

A snap infraction is a procedural penalty, in that it's called because a player didn’t follow the procedural rules of the game.

Let's take a closer look at what a snap infraction is so you can better understand how it's called and how you can help your players avoid getting called for one.

Who Commits a Snap Infraction?

Only one player can get called for a snap infraction -- the center.

This is one of the very unique aspects of a snap infraction.

Almost no other penalty in the game is limited to just one single player.

(Except intentional grounding by the quarterback)

The reason is the center is the player who will be touching the ball before the snap.

Since a snap infraction deals with how the ball is actually snapped to start each play, then the penalty can only be called on the one player responsible for doing so.

Because the center is the only player who can commit a snap infraction, many people refer to it as a false start on the center.

This is misleading, though, as the rules of this penalty are slightly different than a traditional false start.

Plus, the foul has to do with how the center handles the football, not necessarily his own body. 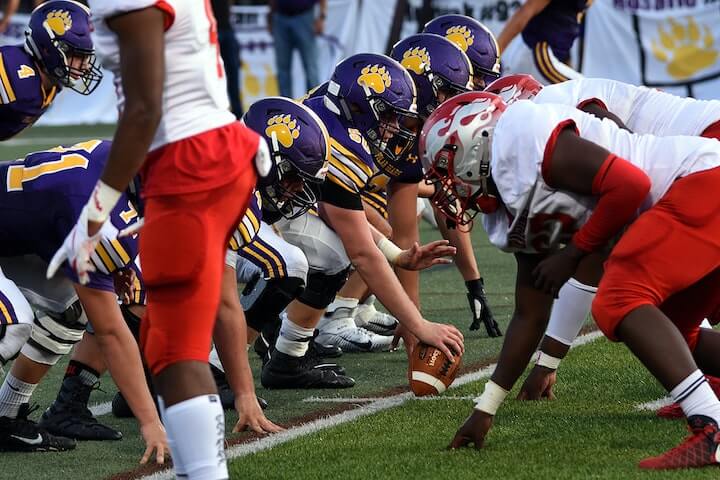 How to Snap as a Center

There aren't too many rules for how a center must snap a football.

He needs to bend over the top of the ball and place either one or two hands on it.

Centers will then snap the ball back through their legs to either the quarterback, a holder on place kicks, a punter, or potentially another player for a direct snap on a trick play.

Again, there aren't any specific rules that state how far a ball can go at the snap, whether a player has to be "under center" or not to start the play, etc.

The center must just snap the ball backward and not forward.

There are, however, pretty strict rules to what the center can do with the football between the time he gets set and when he actually snaps the ball.

What a Center Can Do Pre-Snap

Before Takes His Stance:

Rules state that a center may pick up the ball and move it around as much as he wants when he approaches the line of scrimmage.

Out of the huddle, the referee will have the ball placed on the field at the spot where the play will start.

The center will approach the line of scrimmage like the rest of the team, and position himself over the ball.

He's allowed to pick the ball up off the ground if he wants, turn and spin it in any way, to get the proper grip on the ball that he's looking for.

He can even continue to adjust the football as he's getting set in his normal pre-snap stance.

When He's In Stance:

Once the center gets set in his stance, though, the rules change.

At this point, he's not allowed to move the football at all until he snaps it backward.

This means that he can't adjust the ball, pick it up off the ground, move his hand to mimic a snap, or even angle it different ways.

If the referee sees the center move the ball in any way after he is set in his stance, he will call a snap infraction penalty. 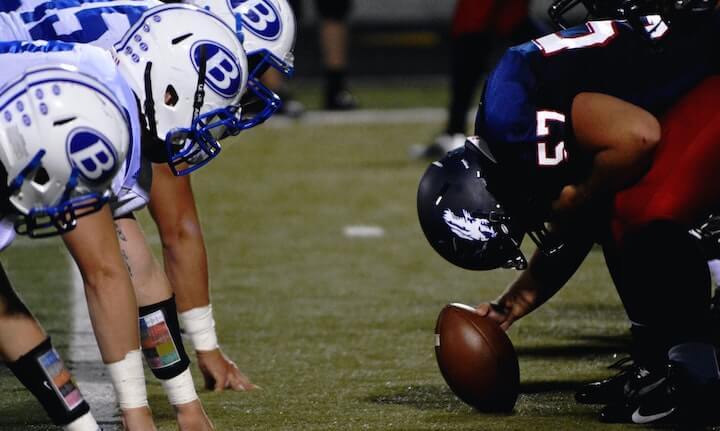 Why the Snap Infraction is a Penalty

A snap infraction is a penalty because it's a deceptive play that's meant to draw the defense offsides -- making it very similar to a false start.

Offensive players are not allowed to mimic movements or move at all once they're set to try to draw the defenders offside, and the snap infraction follows this same principle.

Defensive linemen will be looking in toward the center when they get set in their stance.

If they see the center move the football, they will assume he is snapping the ball and will likely burst out of their stance to try to get a step ahead of the offensive linemen.

The snap infraction prevents the center from moving the ball to fake defensive linemen into thinking he's snapping the ball.

The penalty for committing a snap infraction?

A snap infraction is penalized the same way that a false start is...

The offense will be backed up five yards, and they will repeat the down.

So, if it was 3rd-and-3 before the snap infraction was called, it will become 3rd-and-8 after the penalty is assessed.

A snap infraction in football deals directly with how the center handles the football once he is set in his stance.

At this point, he isn't allowed to move, tilt, pick up or adjust the ball in any way, so as to prevent the defense from thinking he's going to snap the ball.

Teach your centers how important it is to get the proper grip and angle on the football before getting set in their stance so they can avoid being called for this penalty.