What is a False Start in Football? (Full Explanation) 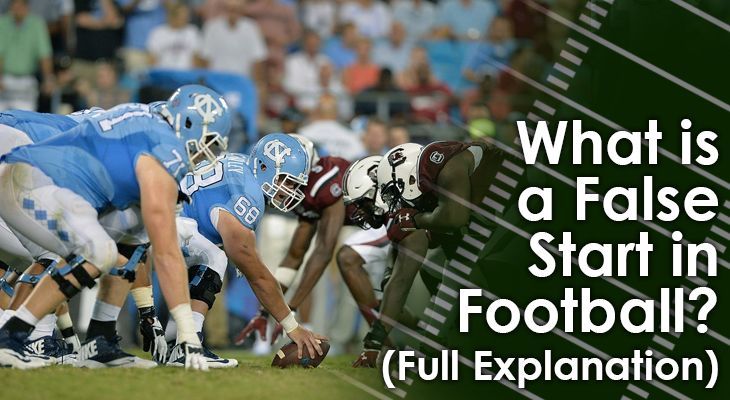 A false start is one of the most common penalties called against the offense in football.

It's a "minor" penalty that results only in a loss of five yards but can still derail an offense's progress.

The false start is a relatively simple rule to understand but not as easy to avoid -- especially for players who are just learning to play the game.

Even players in the NFL commit false start penalties all the time.

While that doesn't make it acceptable for players to do time and again, it shows that it's an easy penalty to commit.

Let's take a closer look at the false start penalty, what happens as a result to committing it, and how to avoid it.

What Counts as a False Start?

If an offensive player assumes a set position and then moves in any way that would simulate the start of a play.

In other words, offensive players who make quick, abrupt movements that would've otherwise signaled the start of play.

This happens in the time between the offense getting set and snapping the ball.

The same goes for players in motion who make any sudden movement in toward the line of scrimmage.

The reason behind this is to prevent the offense from further deceiving the defense or 'baiting' them to commit penalties.

The offense already has a slight advantage over the defense, in that they know when the ball is going to be snapped.

As a result, the false start penalty evens this out a bit by making it illegal for the offense to try to fake the start of a play with any movement.

There are a few key things to point out here about the false start.

1. Players can move before they are set

Players can obviously move as much as they want when the offense breaks the huddle.

They can get to the line of scrimmage, move laterally to find their position, and do what they need to in order to get set.

When they are in the set position, they can even point. You'll see offensive linemen doing this all the time to identify defenders they have to block.

Other than that, though, no offensive player can move once they are set.

2. Players in motion must run laterally.

Before the snap of the ball, the quarterback can signal certain players to go in motion.

This way, receivers or running backs sent in motion can move out of their set position.

These players cannot move toward the line of scrimmage at all - that would be an illegal motion penalty.

They also can't make any abrupt movements toward the line - that would be a false start penalty.

3. Teams can commit false starts whether intentional or not

They could just move by accident or start a little bit before the snap of the ball.

From a rules standpoint, the intent behind the movement is irrelevant.

Referees call false start penalties regardless of why the offensive player moved. 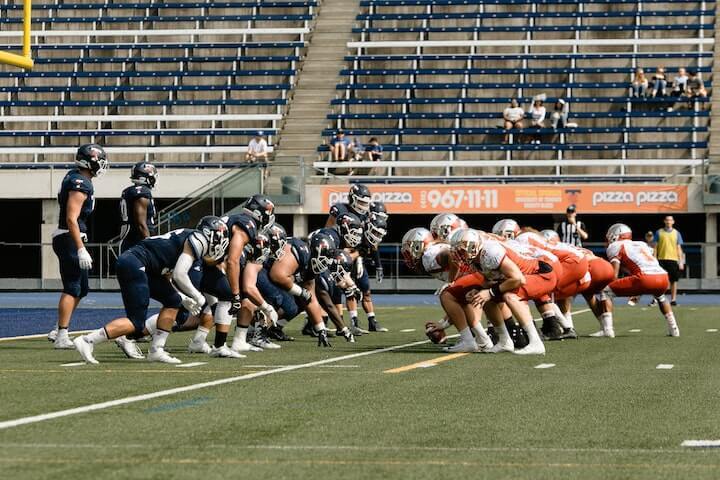 What Happens After a False Start?

A false start is also referred to as a "dead ball" penalty because it happens before a play actually occurs.

When a referee calls a false start, the play stops immediately -- even if the offense had already snapped the ball.

This results in a five yard loss for the offense, and a repeat of the current down.

Let's say a false start occurs on a 1st-and-10, the offense will then back up five yards resulting in a 1st-and-15.

The defense, of course, can decline a false start penalty - this doesn't happen too often, though.

How Can You Avoid False Starts?

When teaching youth football players, ingrain in them to pay attention to the quarterback's calls to signify the snap.

They need to pay attention in the huddle to know when the quarterback will call for the snap.

This is relatively easy for offensive linemen to do, since they line up close to the quarterback.

Receivers and running backs, on the other hand, may have trouble hearing the quarterback as they line up away from the center.

These players need to turn their heads in toward the quarterback, watch his movements, and listen for the snap count.

As soon as they see the ball snapped, they can move.

Offensive players, though, will always want to get a jump on their defenders.

Offensive linemen might tend to move before defensive linemen for easier blocking, and receivers might have a tendency to move first to get a step ahead of the defenders who are trying to cover them.

The key here is to remind your offensive players to be patient.

They'll already have an advantage since they know the snap count and the defense doesn't.

As soon as they get in set position, they should remain there (unless called in motion) until the snap of the ball.

They have to get ready to move and get off the ball quickly right at the snap. 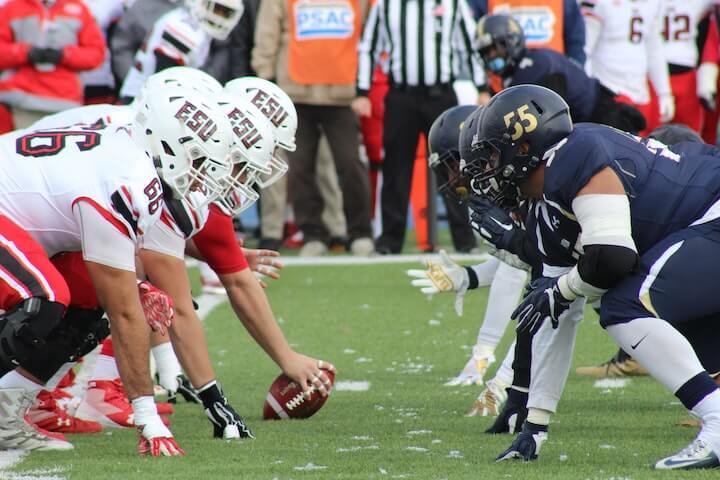 The false start is one of the most common penalties called against the offense in football.

While a five yard penalty may seem small, it can be a devastating penalty that can kill drives and turn a game around.

That's why it's very important to teach all players what constitutes a false start and how to avoid it.

Everyone will commit a false start from time to time so don't let your players get down if they mess up.

It is essential to teach the importance of avoiding false start penalties and the strategies for doing so.