How to Run the Hook and Ladder in Football (Trick Play) 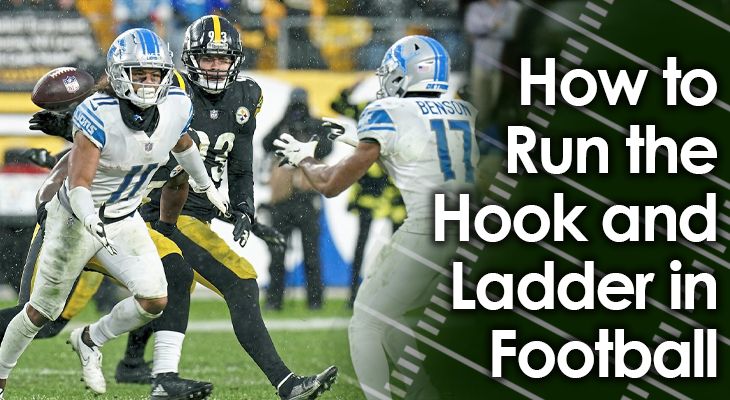 There are some trick plays in football that an offense can attempt in the hopes of executing a big play.

These plays are designed to look like they're doing one thing, but then ultimately end up doing something completely different.

One of these trick plays is the "Hook and Ladder," and it's actually one of the more difficult plays to execute cleanly and effectively.

When executed successfully though, offenses can expect huge gains and maybe even a game-changing play.

As with all trick plays, there's a lot of risk that comes with running the Hook and Ladder.

That's why, most of the time, an offense will decide to run it when they're in a relatively desperate situation, or if they have nothing to lose.

Let's take a look at what the Hook and Ladder play is, how to run it, and when an offense might choose to run it.

What is the Hook and Ladder?

It's designed to throw off the defense -- making them think the play will be one thing at first and then quickly switching to another play.

The big difference with the Hook and Ladder from other misdirection plays is when the offense executes the "trick" part of the play.

Here, the misdirection happens AFTER a successful completion.

There are two main parts to this play:

One wide receiver will run a Hook route, and the quarterback will throw it to him.

After making the catch, the receiver will fake turning upfield to gain yard and pitch the ball back to another receiver who's running full speed next to him.

The idea of the play is to have the defense converge on the receiver who caught the initial pass, leaving the other receiver with tons of running room.

The second-level defenders such as linebackers, cornerbacks, and safeties should also have their momentum going towards the initial receiver, which will make it very hard for them to catch up to the 2nd receiver once they receive the pitch.

How to Run the "Hook and Ladder" Correctly

The Hook and Ladder is a timing play. If the timing is off, it won't work.

It either results in the initial receiver not getting to pitch the ball at all... or (worse) pitching it but resulting in a fumble.

Offenses that run the Hook and Ladder will line up two wide receivers relatively close to each other on one side of the field.

At the snap, the inside receiver will run a Hook route, roughly 10 yards from the line of scrimmage.

At the same time, the outside receiver will fake a Slant route toward the middle of the field. After a step or two, he'll change directions and sprint out wide in a looping pattern.

The quarterback will throw the ball to the wide receiver running the Hook route.

The goal is for the outside receiver to be 2-3 yards away from the receiver making the Hook route just as they're catching the ball.

Once the receiver catches the pass, they'll quickly fake turning upfield to gain more yardage. They'll then pitch the ball to the other receiver.

The Hook receiver should aim the pitch so that it leads the receiver forward in the direction they're already running.

The receiver catching the pitch should take it and simply keep sprinting upfield to gain as much yardage as possible.

When Should You Run It?

The Hook and Ladder is not designed to gain just a few yards and move the sticks.

It's designed to be a BIG, game-changing play.

Because of the risk involved, offenses will typically only run it if they're desperate for a score or if they don't have much to lose.

The first scenario is if it's late in the game and they're down by multiple scores.

In this situation, the offense would need to score more than one time, and do so quickly so that they can try to get the ball back.

They're fighting against the clock here, and deep passes might not always get the job done, so the hook and ladder may be worth a shot.

b. Up by Multiple Scores

The second scenario could happen if the offense is winning by a few scores.

They don't have much to lose in this situation, even if the play doesn't work (or results in a turnover).

It's also possible that a team might decide to run a trick play like the Hook and Ladder if they are very confident in the ability of their defense.

Teams with a really strong defense might be more willing to take risks on offense.

So, while the Hook and Ladder isn't a play a team will call often -- probably not even once per game -- it's a great trick play to try if the offense needs a jolt, needs to score, or has little to lose. 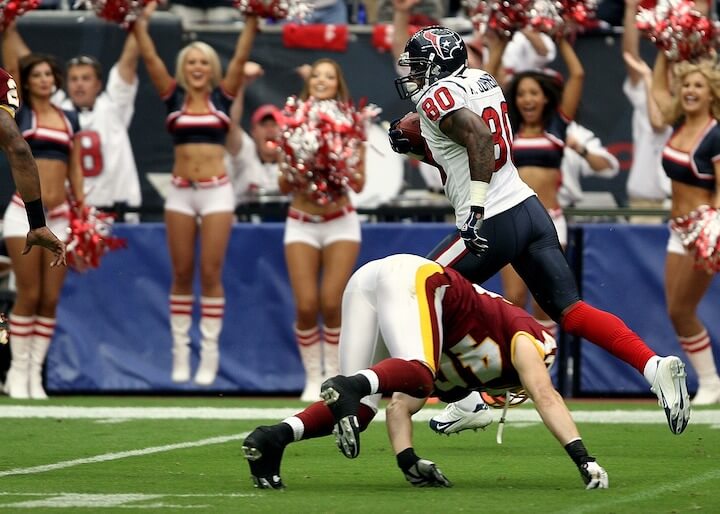