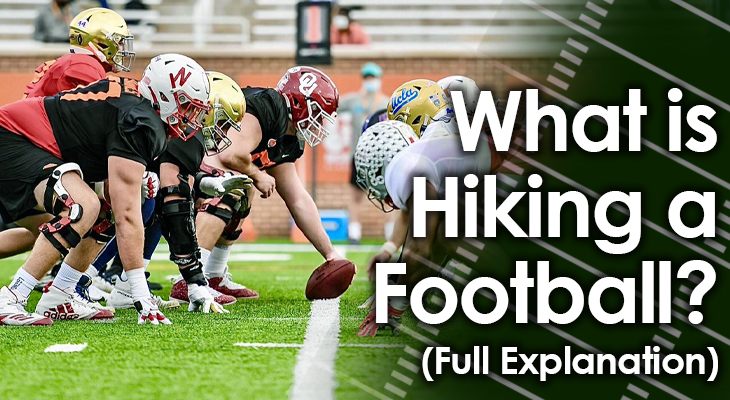 If you've played, coached, or even just watched football, you've likely heard the quarterback yell something similar before every play.

That string of words and numbers is what's called the "cadence".

Quarterbacks (QB) use it to get the offense on the same page with regards to timing and the snap of the ball, and is sometimes used to call out specific audibles or assignments on some plays.

The last word in that cadence, "hike," is an actual command.

Below, I'll explain exactly what that means.

What is a Hike in Football?

It's a command used by the QB to tell the center to "hike" him the football.

Or in other words, snap it to him.

The word has great significance in the game, and it represents two main purposes.

Mainly, it represents the motion of the football as it travels from its starting position in the center's hands to the QB's.

The hike is the physical description of the center snapping the ball back through his legs over to the quarterback.

The snap can occur in two ways:

This is when the quarterback lines up with his hands directly under the center's butt and basically gets handed the ball directly in a hard snap.

The hike can also occur in shotgun formation.

Here, the QB will line up about five yards behind the center.

The center will then need to snap the ball hard through his legs for it travels through the air quickly and on point.

In either case, the snap is still referred to as a hike. 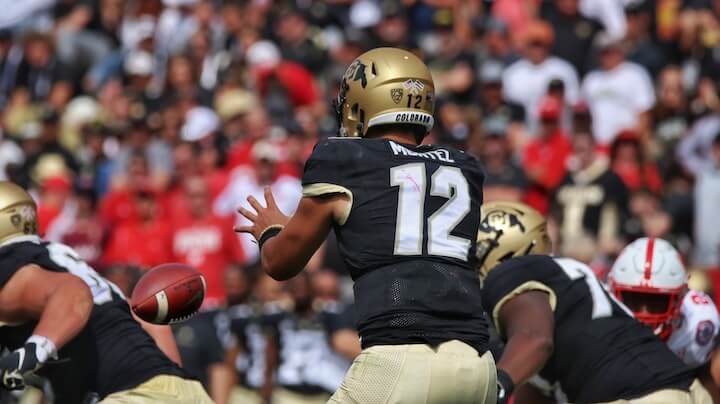 The Verbal Cue of Hiking

The word "hike" also serves as a verbal cue for the other offensive players that the snap is about to happen.

One of the main advantages the offense has is that they know the snap count, i.e., when the snap will occur.

By knowing the snap count, offensive players can get a step ahead of the defense and get off the line of scrimmage better.

In this sense, hiking is very important for the offense.

Knowing exactly when the snap will occur allows the offense to get their timing down and get a head start on the defensive players.

There is no official rule in football that says the quarterback has to use the word "hike" to signify the start of a play.

The rulebook also doesn't state that the quarterback has to use any word at all -- he can use a silent count, for example.

However, calling "hike" verbally is the most common way the quarterback will signify that a play will start.

That said, different offenses may use slightly different words to represent hiking.

Some may use the word hike while others may use "hut" -- which, in essence, is just a variation of hike.

The important thing is to use that same word every time single time.

The quarterback shouldn’t alternate between using the words "hike" and "hut," as it could greatly confuse the other players on the team. 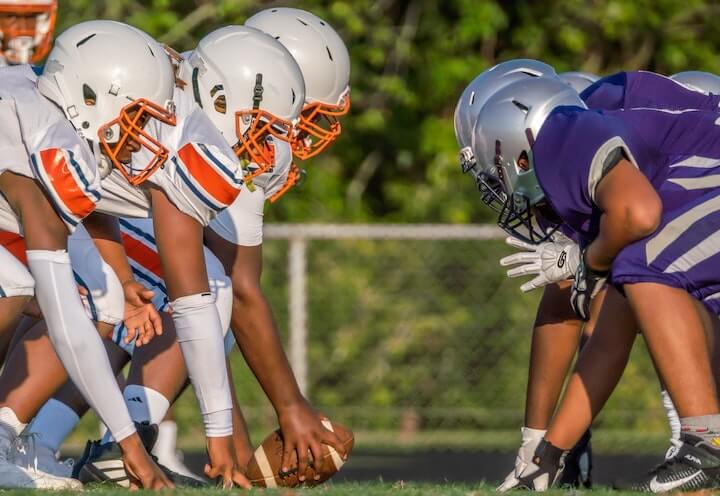 The Snap Count and Hiking

There are times when you might hear a quarterback call "hike" or "hut" where the center doesn't snap the ball.

Most of the time it isn't a mistake, rather this done on purpose by the offense.

As mentioned above, the offense can have a leg over the defense because they know the snap count.

Most plays run on what's called "one" -- which means the center will snap the ball as soon as the quarterback yells "hike!".

However, the offense can also have a play start "on two," or "on three," etc.

What this means is that the center is to snap the ball the second time (or third time, etc.) that the quarterback says "hike."

Offenses will do this from time to time to keep defenses off balance.

If defensive players start to get the cadence down, they might try to anticipate the snap by listening for the quarterback to call out "hike."

If they're able to time it correctly, they can time their movements better nullify the offense's advantage of knowing the snap count.

Offenses can work against this and keep defensive players off balance by alternating the snap count.

The quarterback will call the play and the snap count in the huddle.

Then, all the offense players will know when the actual play begins.

If the snap count is "on two" for example, the quarterback will run through the normal cadence and scream out "hike!"

Here, the offense will remain steady, hoping that one or more defensive players will jump offsides.

The QB will the yell "hike" a second time, signaling for the snap.

The word "hike" in football is a simple concept.

It describes the action of the center snapping the ball to the quarterback to start the play.

However, hiking in football takes on much greater significance.

It's the way that the quarterback can give a verbal cue to the rest of the offensive players that the play is about to begin.

And, if done properly, it's a way the offense can change up the snap count and keep defensive players off balance.

What is the Mercy Rule in High School Football? (Full Explanation)