What are Downs in Football? (Full Explanation) 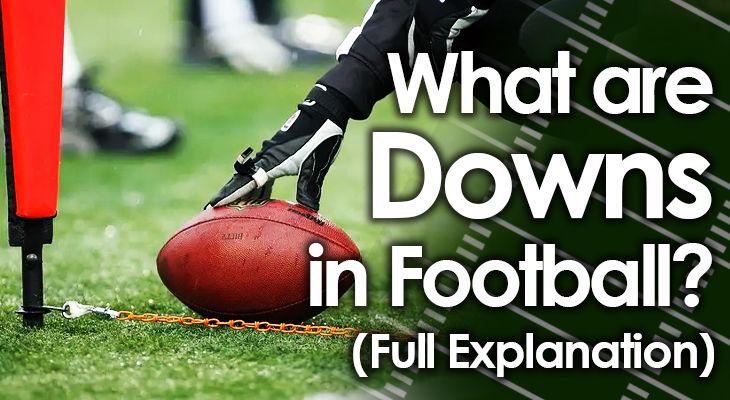 An important concept to understand in football is what downs are.

Whenever you watch football, you'll hear each play referred to as a "down."

Both parts of that statement -- the down number and the yards "to go" -- are important to understand as they signify vital aspects of the game.

The down system itself is rather easy to understand, but there are many nuances.

What an offense and defense might do on first-and-10 is likely a lot different than what would on third-and-1, for instance.

Beyond that, the offense has many decisions to make on 4th down, which may seem routine when the game is unfolding, but can be anything but in the game plan.

Below, we'll describe in depth what the down system in football is, how to read it, and how coaches make use of it in making decisions as to which plays to call.

What are Downs in Football?

A "down" in football is essentially an individual play.

Each time the offense takes possession, they get a set of downs.

The offense is given four downs to advance the ball 10 yards forward.

If they are unable to either gain 10 yards or score points in those four downs, they turn the ball over to the other team at the spot where the last play finished.

These four downs are labeled in chronological order -- first down, second down, third down and fourth down.

The "distance" number that follows when a down gets called out is the number of yards to go for the offense to go in the initial 10 yards.

"Second-and-5", for example... that means it's second down, and the offense has five yards to go to reach the initial 10 yards.

If the offense is able to gain at least 10 yards within that set of downs, they will get a new set of downs, resetting at first down on the next play. 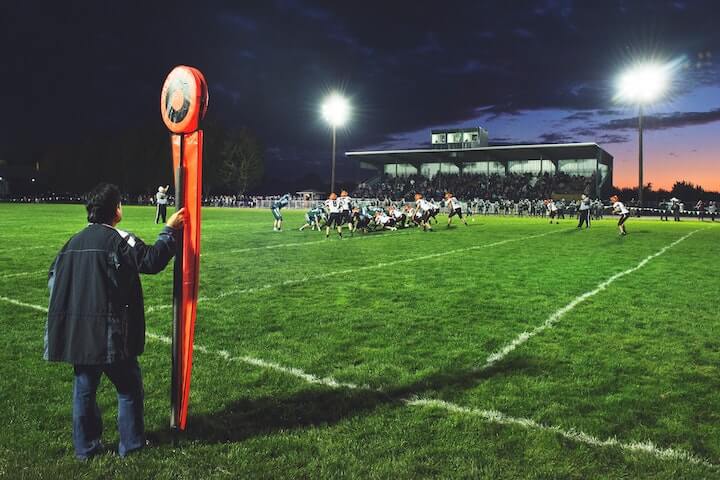 When Downs Begin and End

Every down begins the same way, no matter what the distance needed -- the center lines up over the ball and snaps it back.

In most cases, the center snaps the ball to the quarterback -- though he may also snap it to a holder (for place kick attempts) or a punter (for punt attempts).

A down can end in a number of different ways.

How every play ends determines the next down-and-distance.

First, second, and third downs are often grouped together because both sides usually try to do similar things on each of these down.

The offense attempts to gain as many yards as possible, while the defense tries to prevent them from doing so.

The type of plays called by the offense and defense will vary based on the down-and-distance, as well as the spot on the field where the play starts.

The offense will typically call more conservative plays on short-yardage situations such as third-and-1.

On the other hand, they might attempt bigger (and riskier) plays on situations like second-and-16, for example.

Unless  a touchdown, a turnover, or halftime (or end of regulation) occurs following one of these downs, each play will happen in typical fashion. 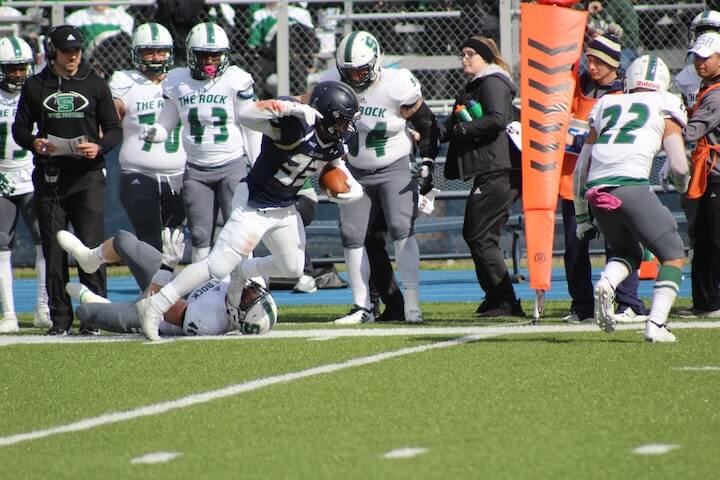 When fourth downs come along, things change a bit.

If the offense doesn't score a touchdown or gain enough yardage after third down, they have a few choices to make for the upcoming fourth down.

The offense will typically go with either of the three:

If the offense is deep enough in the defense's territory and has a good place kicker, they will attempt a field goal in many cases.

Three points may be a consolation prize compared to a touchdown, but it's certainly better than turning the ball over having scored no points at all.

If they are in that "in between territory" on the field, if the distance to gain a first down isn't too much, or if they're in desperate need to score late in the game, they may try to "go for it".

Here, the offense will look to convert an offensive play to cover enough yards on fourth down and gain a new set of downs.

Downs in football are relatively easy to understand on the surface.

But when you dig deeper, you can see that downs and the distance to go play a huge part in how football games play out on the field.

This goes for both the offensive and defensive side of the football.