What is a Trap Run in Football? (Full Explanation) 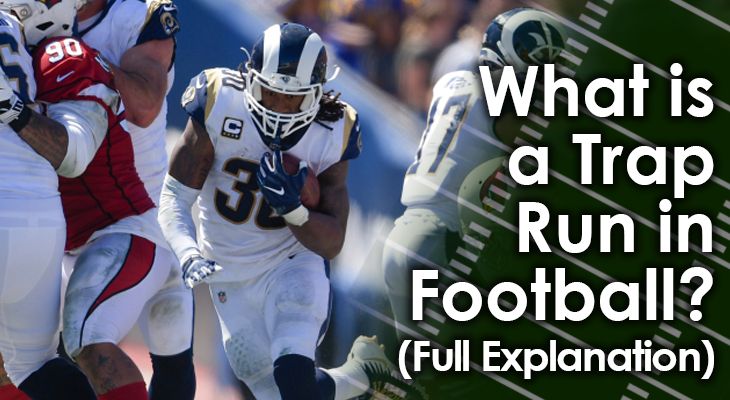 Running a successful offense is contingent on confusing the defense.

Against good defenses, teams can't just run the same few plays over and over again and expect to not be stopped in their tracks.

Misdirection plays such as play-action passes and draw runs are great ways to keep the defense off balance and guessing at all times.

One such example is a trap run.

This play is a run that's designed to look like a run right from the beginning.

The misdirection comes only at the line of scrimmage and deals with how a pair of offensive linemen block their defensive counterparts.

Let's take a closer look at what the trap run in football is as well as some of the benefits of running it.

What is a Trap Run?

Teams run the trap run to cause confusion at the line of scrimmage.

Instead of having all offensive linemen block straight forward, one lineman will pull behind another to get to his assigned block.

This may sound like a typical "pull" block... and while there are some similarities, there's one big difference:

For a trap run, the offense will leave one interior defensive lineman unblocked intentionally.

For example, the team may opt to leave a defensive tackle unblocked if they line up across the offensive guard.

That right guard may instead head directly toward the second level of the defensive to block the Mike linebacker.

However, the defensive tackle won't be completely unblocked...

In this example, the left offensive guard will quickly pull behind the center and cut on a diagonal toward the defensive tackle -- surprising him with a hard-hitting block from the blind side. 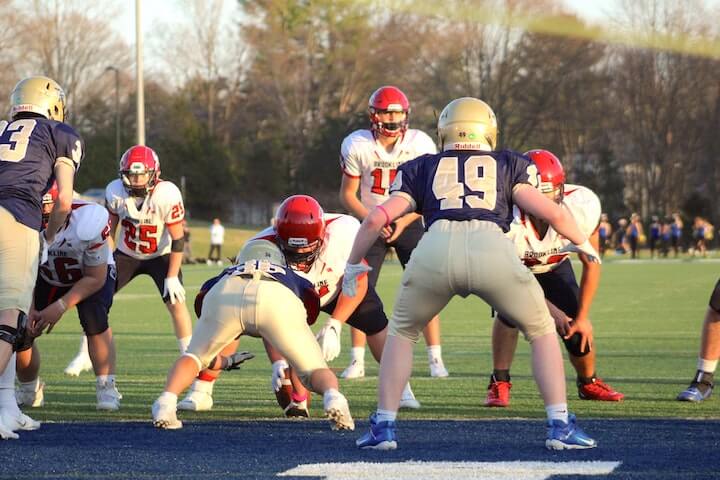 How to Block a Trap Run

In the example above, the success of the trap block is contingent on three people -- both offensive guards and the center.

Let's take a look at how each player must react.

The center and right guard must explode off the line of scrimmage.

It's the center's job to pick up the nose tackle on this play, blocking him toward the left side of the field.

b. The Right Guard

The right guard, as mentioned, must explode off the ball and get to the second level of the defense as quickly as possible.

His job is to pick up the Mike linebacker.

He'll do this by making his first step out of his stance to the left, so as to avoid any contact from the defensive tackle lined up opposite him.

Meanwhile, the left guard's first step will be a quick step slightly back and to the side with his right foot.

He'll need to quickly pivot his body toward the right so he can explode over that way.

He needs to stay low as he does this for two reasons:

1. It'll allow him to remain "hidden" behind the center and the right guard.

2. It'll allow him to deliver a harder blow on the defensive tackle and gain leverage on him to push him back to the right. 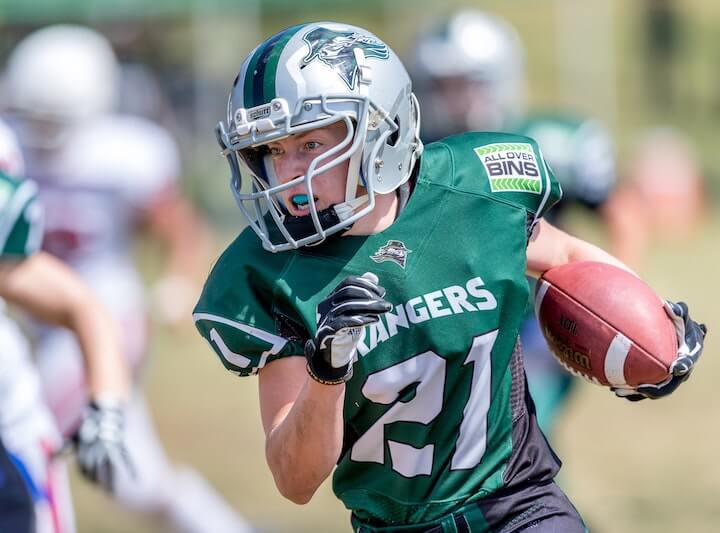 How the Trap Run Works

While all of this goes on in the interior, everything else on the field operates as normal.

The wide receivers will fake that they're running passing routes, then pick up a cornerback to block.

The other offensive linemen will have typical blocking assignments.

No matter whether they're blocking a linebacker or a defensive end, their job is to push them toward the near sideline. If they're lined up on the right, they'll block toward the right sideline, and vice versa.

The actual run play will be a straight dive up the middle.

The quarterback can operate either out of shotgun or under center. Once he takes the snap, he'll turn and give a straight handoff to the running back, who will sprint forward.

His goal is to hit the open hole created by the trap block, which will be either of the A gaps.

Why the Trap Run Works

Like all successful misdirection plays, the trap play works for two reasons:

First, it works because it's a different look from what the defense is used to seeing.

The defensive tackle isn't used to having no contact immediately after the ball is snapped. Normally, he will engage right away with the player who he's lined up across -- in this case, the right guard.

At the same time, the Mike linebacker isn't used to taking on a blocker as quickly as the trap run will force him to.

The trap run, though, allows the right guard to immediately sprint and pick up the Mike.

b. Keeps the defense guessing

Second, the trap run works because it causes defensive tackles to always be on the lookout for traps on future plays.

Once you run the trap, the defensive tackle knows that you might run it again.

This might have him looking to his sides anticipating a possible trap, which could cause him to be a step behind off the snap.

Any additional step the offensive linemen can gain over their defensive counterparts, the better.

This is why the trap run is so valuable, even when it's not called. 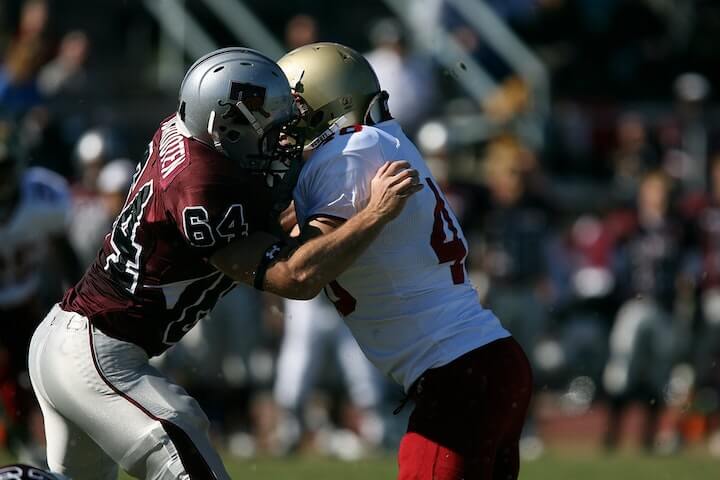 The trap run is a great misdirection play that all offenses can use.

While the run itself is rather straightforward, the blocking in the interior of the line creates mass confusion and opens holes as a result.

The trap run is an easy play to teach your players and is something any offense can work into its playbook.