What is a Stick Route in Football? (Full Explanation) 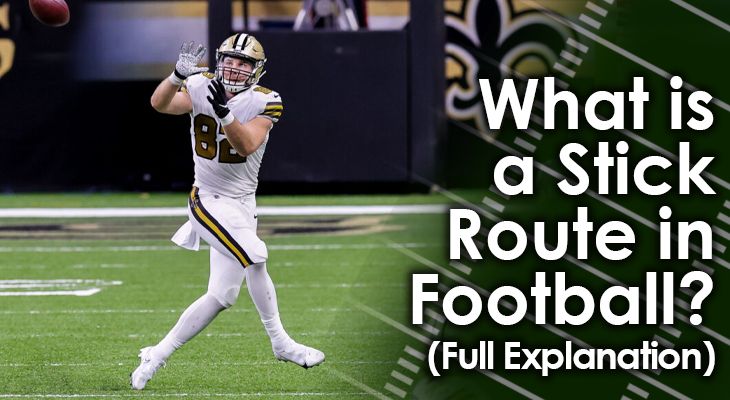 The Stick route is one of the more popular passing routes seen today in college football and the NFL.

In most cases, it's run as part of a passing route concept that includes three different receivers, all of whom line up on the same side of the field.

The idea behind the Stick concept is that, when taken together, the three different routes will provide plenty of space and one-on-one coverage for the receivers.

With this, the quarterback is likely to find an open receiver, as it's very difficult for the defense to load up on one side of the field and provide extra coverage for any one receiver.

At the same time, this concept package gets the ball out of the quarterback's hands quickly -- limiting the amount of time that offensive linemen have to block for.

As a result, it also reduces the ability of pass rushers to get to quarterbacks, as they simply don't have a lot of time to do so.

Let's take a closer look at what the Stick route is, and how it should be as a concept.

Purpose of a Stick Route

The Stick concept looks to gain advantageous matchups for receivers, while getting the ball out of the quarterback's hands quickly.

This limits the ability of pass rushers to get to the quarterback on blitzes.

It also doesn't give safeties a lot of time to get over to provide help to the cornerbacks or linebackers lined up opposite the receivers.

While it's a great concept to use against man-to-man coverage, it's also great against the zone coverage scheme.

One of the three receivers will run the Stick route, which has a few variations:

Here's how the concept works overall...

a. Outside Receiver's Route

First, three receivers have to line up on the same side of the field.

The outside receiver will run a deep route down the sideline, to draw at least one defender deep.

The middle receiver will run a horizontal route toward the sideline.

This is often a quick Out route or a Drag route to the outside flat.

It's also made to clear out a defender, but he can also serve as a great option for the quarterback as well. He'll likely have plenty of room to roam here, as the outside receiver cleans out space.

Finally, the inside receiver is the one who will run the actual Stick route.

There are many variations of the route, which is why it's so successful.

We'll talk in the next section about how to run the Stick route specifically, and some of the variations on it. 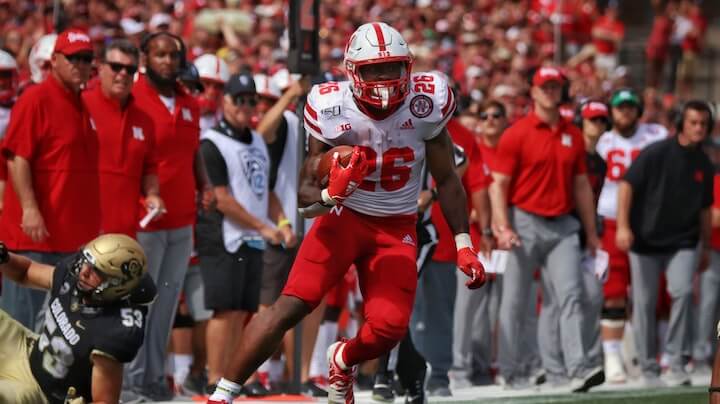 How to Run the Stick Route

The Stick route involves the receiver attacking the defender straight downfield for about five yards.

He'll sprint straight forward for those five yards, and then "stick" his foot into the ground before turning back toward the quarterback, ready to make a catch.

Once he sticks his feet into the ground, the receiver has a number of different options.

This is where the variations come into play, and why it' so popular and successful.

At higher levels of the game of football, this can be an option route.

This is where the receiver will scan the field and decide which direction he takes after the "stick" portion based on where the openings are.

This takes some skill and some good experience with the quarterback, though, as there is no pre-set direction the receiver will take after the stick.

The 3 main options that the receiver running the Stick route will have at this point are:

These are the three simplest options.

Of course, the receiver should be scanning the field as he's running his first five yards downfield -- what he's looking for is where the open space is.

He'll do that by seeing where the potential open space is and improvising.

At all times while he does this, he should be looking back at the quarterback, ready to receive a pass from him. 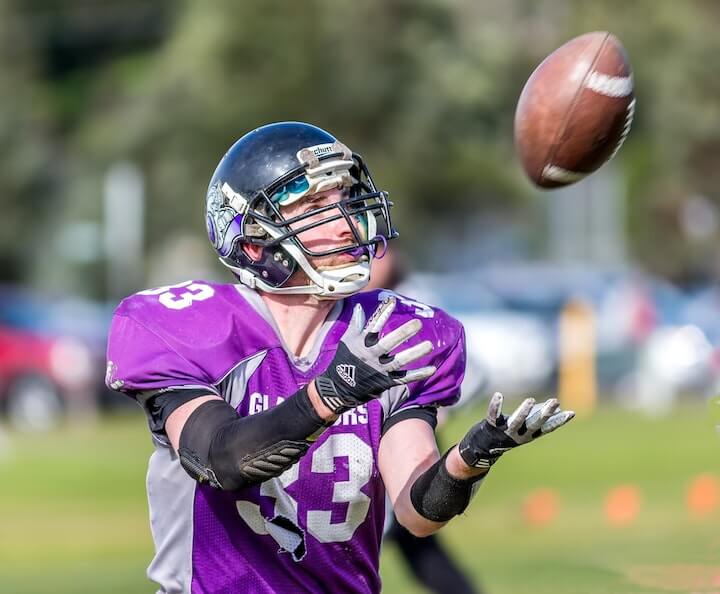 The Stick route by itself is a very simple route to run.

Most teams today, though, use it more in what's called a Stick Concept.

This concept involves three receivers all lined up on the same side of the field.

By having each of the three receivers run specific routes to certain parts of the field, defenders will be cleared out for the receiver running the Stick route to have plenty of open space on the field.

In addition, the Stick route is great for getting the ball out of the quarterback's hands quickly. It helps to counteract a defense that has a great pass rush, as offensive linemen don't have to block for very long.