What is the Smash Route in Football? (Full Explanation) 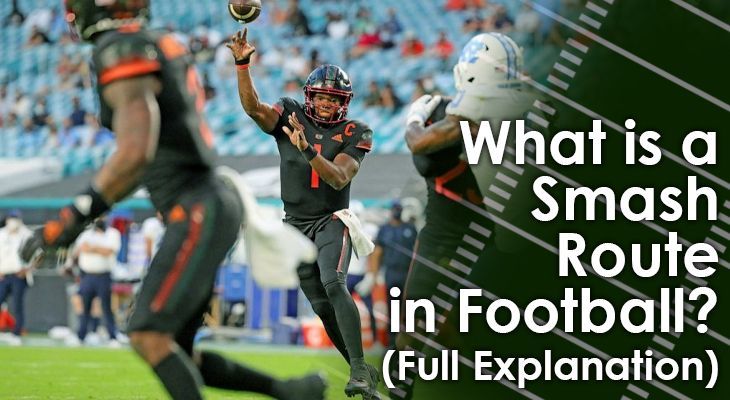 Unlike many other passing routes, the Smash route involves more than one player.

It's a combination of two routes run by two separate players lined up on the same side of the field, close to one another.

In this sense, the Smash route is more of a concept than it is a simple route.

Smart offensive coaches will use the Smash concept to take advantage of a defense's weakness.

It creates mismatches on the outside of the field, at the same time forcing cornerbacks to make a quick decision on who to cover.

The great part about the Smash route is that it can be run against both zone and man coverages with equal success.

Let's take a look at what a Smash concept is, and why it works so well.

What the Smash Route Really Is:

As mentioned, the Smash concept is actually two routes run by two receivers.

It's a combination of routes run by two outside receivers who are lined up on the same side of the field.

The outside receiver -- in this case the Z -- will line up close to the sideline.

The inside receiver -- usually called the slot receiver and in this case the A -- will line up slightly between the Z and the tight end.

Both of these receivers will line up slightly off the line of scrimmage.

At the snap, the A receiver will run a Corner route -- running straight downfield for about 10-12 yards.

Once he gets to this point, he'll pivot off his inside foot, and take a 45-degree angle toward the near sideline.

This will almost put him on an angle toward the endzone cone on that side of the field.

Meanwhile, the Z receiver will run a Hitch route.

He'll sprint straight ahead for about five yards, then stop in his tracks quickly and curling back toward the inside of the field. 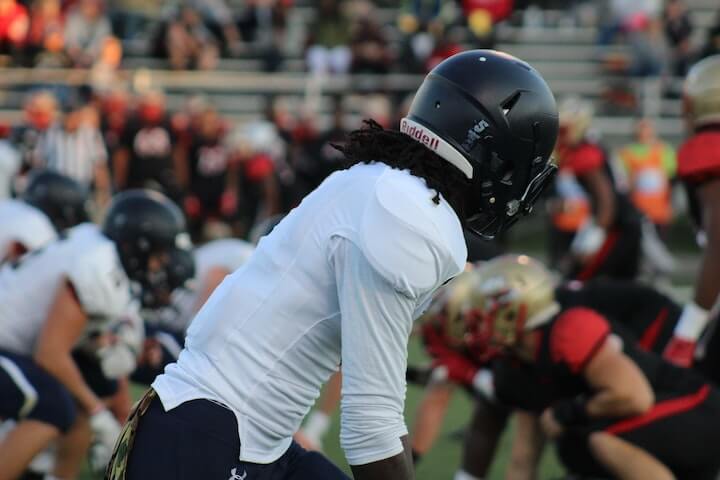 Why the Smash Route is Successful:

There are a number of reasons why the Smash concept works so well:

a. Pressures the Defense

The first is that it forces the cornerback to make a decision.

He can either stay short with the Z receiver, or break off and cover the zone behind him -- where the A receiver will head.

Either decision the cornerback makes can actually play right into the offense's hands.

If the cornerback stays with the Z receiver, then it will open up space for the A to get open behind him.

If the cornerback drops back to follow the A, then the Z will have plenty of room to get open on the Hitch route.

Another reason why the Smash concept is successful is because of the mismatch it creates for the A receiver.

The offense will line up with a tight end, as well as the A and Z receivers, all on the right side of the field.

The X will be the only receiver to the left of the field, with one running back in the backfield.

The defense has two choices.

It can either run its normal base defense and have the Sam linebacker cover the A.  Or, it can run a Nickel package and have a nickelback cover the A.

In most cases, the defense will keep the base package on the field with the Sam lining up opposite the A.

This, of course, could change depending on the down-and-distance.

Either way, the A receiver -- who should be pretty speedy -- will have a mismatch on his hands.

Since he's running a Corner route, it will force his defender to backpedal and run with him for a long route on the field.

If the cornerback stays home to cover the Z receiver, the A should be able to get enough separation from his defender quickly to get wide open for a big play.

Even if the cornerback drops back in zone coverage, the A will a head start on him with his long Corner route.

The third reason the Smash concept works so well is that it has receivers crossing into each other's 'zones'.

The A receiver will be starting inside and going outside, while the Z receiver does the opposite.

This forces the two defenders to cross over into each other's area, whether they play man-to-man or zone.

Not only could this cause a lot of confusion for the defenders, but it could also result in them running into each other -- leaving both receivers wide open.

d. Forces the defense to commit

Finally, the strong safety who is likely playing over the top on that side of the field will have quite a lot on his plate.

He'll need to be keeping an eye out for three receivers on this play -- the A and Z receivers as well as the tight end.

Many offensive coaches will have the tight end run a deep Seam route in combination with the Smash concept, too.

This will force the strong safety to either freeze before committing to the outside or commit to the tight end if he breaks free. 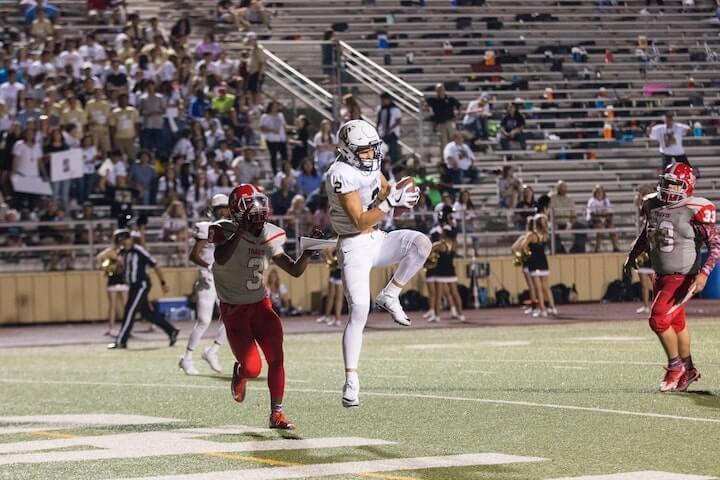 The Smash route is much more than just a single passing route.

It's a complex offensive concept that takes advantage of creating mismatches and confusion.

The great part about the Smash concept is that, while it sounds complicated, it's actually very easy to teach players.

That's because the individual receivers don't need to know the complexities of why the routes are being run in combination.

They only need to learn basic alignments and basic passing routes, which you've likely already taught them.

Instead, the Smash concept is something offensive coaches need to work on with their quarterbacks.

It's a great way to train the quarterbacks on how to pick apart susceptible defenses.