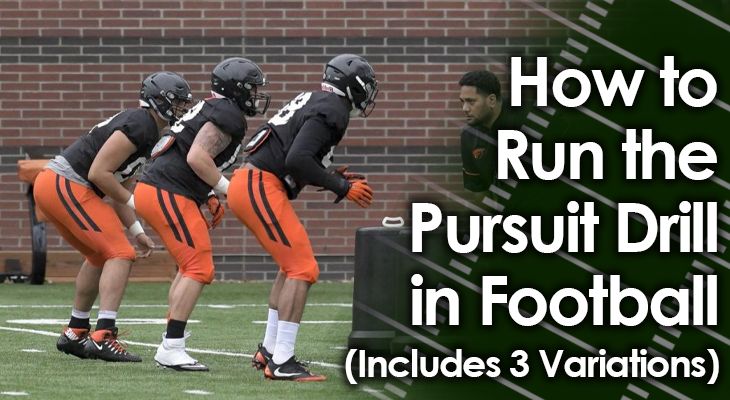 One of the most important skills a defensive player needs to learn in football is pursuit.

Lining up in the proper formation, exploding out of a stance, and basic tackling are all skills that are also essential for defensive players, of course.

However, once those skills are mastered, defenders need to learn how to pursue ball carriers.

That's because while the basic skills teach players how to get in the proper position to make tackles -- and then properly wrap up and take ball carriers down -- most tackles are NOT completed from a standing position straight ahead.

If you think about it, it's obvious to say that defenders are going to have to pursue ball carriers if they want to make tackles...

Ball carriers will do everything they can to avoid being tackled, so they will juke, change direction and generally run away from defenders whenever they can.

This, of course, will force defenders to run around trying to chase down the ball carrier, in essence pursuing them as they run around the field.

The pursuit drill will help teach defenders this vital skill. Here's how to run a few variations on the drill. 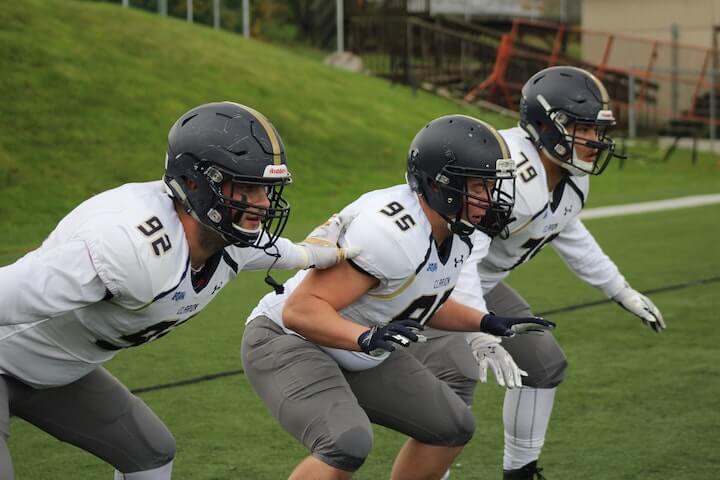 The simplest version of the pursuit drill is the Straight Line Pursuit.

Coaches will set up this drill by having five defenders line up on any yard line. They should all be about 15 yards away from the sideline at least.

1. The coach will blow a whistle to start the drill.

2. The ball carrier will then sprint down the sideline on a straight line path.

3. Each of the defenders takes the most effective pursuit angle to "catch the carrier."

4. The defender must touch the ball carrier to "tag" him and end his portion of the drill.

Once all defenders master the straight line version of this drill, you can allow the ball carrier to integrate cutbacks and other juke moves to throw the defenders off a bit.

This will require them to adjust their pursuit angle to make sure they're still able to tag. 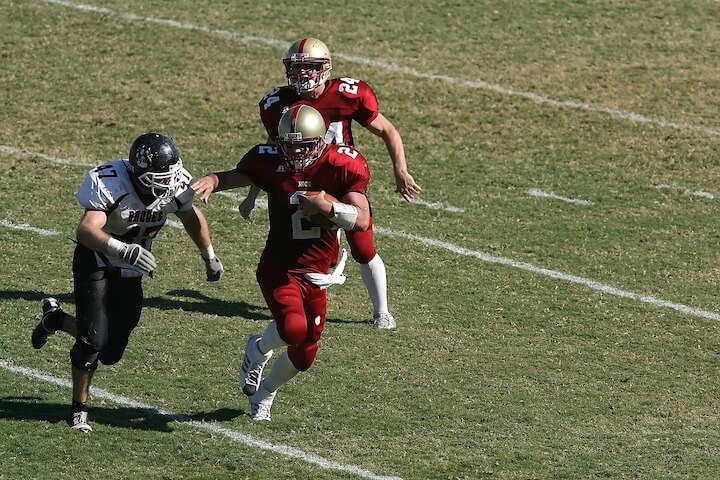 Once the Straight Line drill is down pat, the Shell Drill will bring together those concepts in a whole team environment.

When the team comes together for full team drills -- i.e. with a full defense and a full offense -- you can step it up to the Shell Drill.

In this drill, you can either run a full offensive team and a full defensive team, or you can put in trash cans or dummy bags to represent the offensive line.

The latter is a good option if you want to cut down on the contact in practice.

(if you do this, the offensive line can work on other skills with coaches off to the side)

The defense will enter a huddle and call actual plays they will run on game day.

The offense will do the same, but the focus here will be on all running plays -- since the team will be focusing heavy on avoiding tacklers and pursuing ball carriers.

This means that the offense can run straight handoffs, misdirection plays, sweeps, and tosses. Ball carriers should run the play as they normally would on a game day, and do whatever they want to avoid defenders.

The drill isn't over until every defender tags the ball carrier.

The final variation of the pursuit drill is specifically to prepare the team for the upcoming opponent. This version will be a full-team defensive preparation drill.

This part of practice focuses on the defense and the specific offensive plays they are likely to face in the next game.

A portion of this part of practice will also integrate pursuit.

For the pursuit portion, the defense will enter a huddle and call actual plays they'll run in the upcoming game.

The offense will run as a scout team -- meaning they'll be running the formation and plays of the upcoming opponent and not that of what their own team will actually run.

The defense's job is to first and foremost run the defense so they can gain awareness of the formations and plays the opposing offense might run in the upcoming game.

But, during the pursuit portion, all defenders must pursue the ball carrier and tag him before the drill is over.

You can step this up a notch by also integrating passing plays.

Keep in mind that you will need to work in some extra breaks to coach the players if you do this, as it will force players to do a lot of sprinting -- especially the defensive linemen.

Learning how to pursue ball carriers is one of the most important skills defensive players need to learn in football.

While they first need to master the skills of proper alignment, stance, and tackling, pursuit is perhaps the most important overall skill that applies to all defensive players.

You can teach pursuit angles consistently in practice each week, and the three variations of the drill should all be integrated into your team's practice plan.