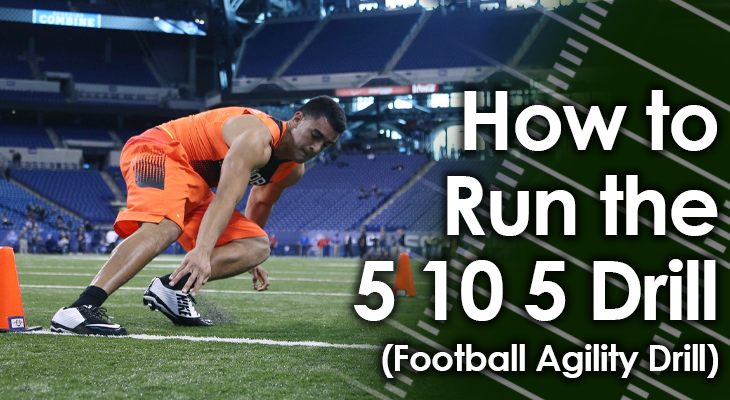 Coaches use many different drills to work on various skills necessary to play the game at a high level.

Some of these drills target skills for specific positions (for example, RB drills and QB drills), while others are good for the entire team.

One of the important general skills all players need to work on is agility.

Whether you're talking about a tall and fast wide receiver or a big, hulking offensive lineman, every player at every position on the field can benefit from having greater agility.

And one of the best football agility drills is the 5-10-5 Drill.

It's a variation of the shuttle run that forces players to work on their change-of-direction skills, which helps them build agility.

This skill is extremely important to every position, as every position requires a lot of improvisation on the fly, quick changes in directions, and shifting weight.

While some people may think this skill would be only beneficial to players who either run with the football or those who cover those players (defensive backs), it's also a drill you should run with players at other positions.

Here's an explanation of how you set up the drill as well as tips you can provide your players as they're running it.

You only need 3 cones.

Players will start at the middle cone.

All players will begin the drill in the three-point stance (with one hand on the ground) no matter what position they play.

At the coach's whistle, the drill starts with the first player exploding out of their stance laterally, cross over their feet and sprint to the cone to their right.

Once they reach that cone, they need to stop, reach down, and touch the cone with their hand, and then shift their weight back toward where they started.

They will then sprint in the reverse direction toward the cone all the way to the left, which will be 10 yards away from where they are at that point.

When they get to that cone, they need to stop again and reach down to touch the cone with their hand.

Finally, they need to shift their weight again so they can sprint back toward where they started.

The drill for each player will end when they cross the cone in the middle, where they started the drill.

Though it may seem simple to run, mastering the drill takes some practice.

Here are some tips you can give your players so they can improve their performance in the drill and, ultimately, continue to improve their agility.

Just like offensive linemen do, all players should stagger their feet in their three-point stance in the direction they will run at first.

If running to the right out of their stance, their right foot should be slightly behind their left foot -- and vice versa.

At the start of the drill, this allows them to drop that foot toward the direction they're running and get off to a good start.

For this drill, players should distribute their weight unevenly at the start.

The first step is one of the most important in this drill.

So, make sure that players explode out of their stance laterally with their first movement, which will help them get started on good footing.

Players should focus on staying low while they're running — this allows them to stop and change directions quickly.

Doing so means they won’t have to travel as far when reaching down to touch each cone.

Tip #5: Sprint all the way through

The drill ends when the player reaches the middle cone again, but they shouldn't treat it that way.

Just like sprinters on a track, players should sprint all the way through the finish line — allowing them to complete the drill as quickly as possible. 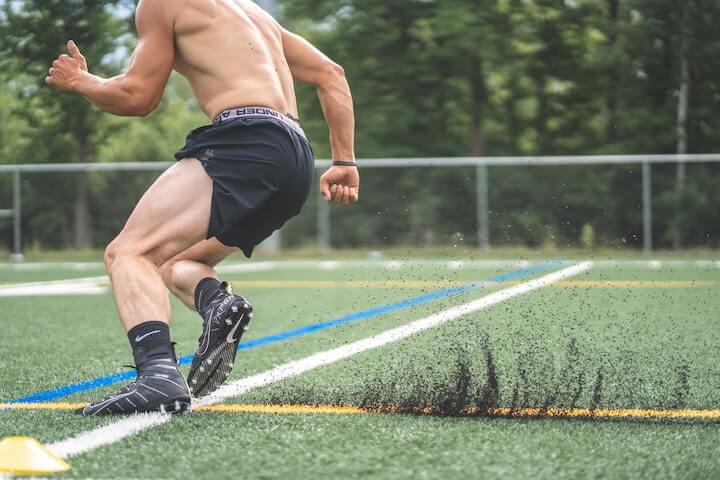 The 5-10-5 Drill is one of the best football drills to help players improve their agility.

This drill is one that all players should be run through, no matter what position they play, as it's very important for all players to improve their agility.

One of the best parts about this drill is its simplicity in design, setup, and execution.

Despite it being simple, there are tips coaches should emphasize to their players so they can complete the drill in the shortest amount of time with the most efficiency.