What are Gassers in Football? (Conditioning Drill) 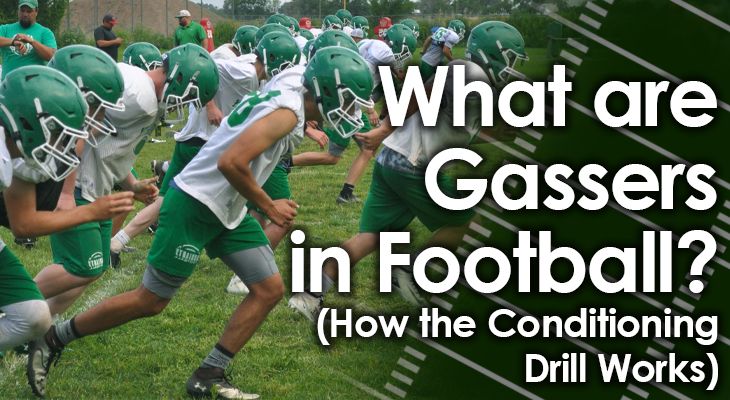 Getting through an entire game of football takes a lot of endurance.

These drills are often dreaded by players because they're tough and can be very taxing on their bodies, but coaches use them because having a high level of fitness is so important in football.

One of these conditioning drills is called "gassers."

It's a conditioning drill designed to push each player's fitness to the limit.

Let's take a full look at what the gassers drill in football is and how to run it.

What Are Gassers in Football?

Gassers are one of the most common (and most dreaded) conditioning drills football coaches have their players run.

These are usually run from the start of training camp and continue throughout all of the regular days where there are two practices a day.

While gassers are sometimes phased out as the preseason advances and the season begins, some coaches decide to use them in practice throughout the year.

Doing so ensures players continue to work on and build their endurance.

Essentially, gassers are where players sprint the entire width of a football field.

There are two types of gassers -- a full gasser and a half gasser.

Many coaches will start out with half gassers and then have their players work their way up to full gassers over time.

What Are Half Gassers?

Half gassers involve players running the width of the football field, up and back.

To start the drill, have every player line up on one of the sidelines, facing the other sideline. Players should keep a decent distance between themselves so they have enough room to run, turn, and run again.

On the coach's whistle, every player sprints to the opposite sideline. This will take them the entire width of the field, which is 53 yards wide.

When they get to the other sideline, they need to stop, pivot, and immediately sprint back to the sideline where they started.

(some coaches will require players to literally touch each line)

Players should sprint all the way through the sideline where they began, so make sure there is enough room for them to do that.

When they have completed this half gasser, they will have sprinted 106 yards.

Half gassers should be run a few times throughout your practice.

You can either spread it out through the entirety of practice (such as in the middle and end) or you can clump them all together at the end.

If you clump them all together, make sure that you're separating your team into multiple groups that will run it at the same time.

This will give the players in each group time to rest after they finished their half gassers.

What Are Full Gassers?

Full gassers are the same except players run it four times.

This really pushes players to their limits.

It's also one that some players won't be able to complete right away at the beginning of a training camp...

This is why many coaches will start with the half gassers and have the players work their way up to the full gassers.

Just like with the half gassers, players should line up down one sideline, facing the other, then on the coach's whistle, they will sprint to the other sideline. When they get there, pivot and sprint back to where they started.

When players have finished full gassers, they will have run about 212 yards total. 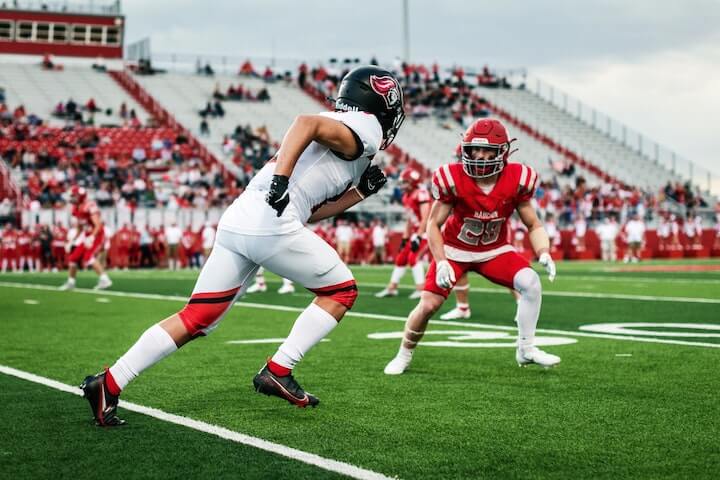 What Do Gassers Do?

Reading the description, you might think gassers are simply cruel punishment...

It's true that this conditioning drill is certainly tough and challenging, but there is a distinct purpose to it.

Gassers help players get back in shape to play the game of football.

After a long offseason, it's time for players to get ready to play the grueling and demanding game of football and get back into proper shape.

Gassers help them do just that.

This is why gassers are a staple of training camps around the country at all levels of the game -- they help build speed, stamina, agility, and endurance.

These are all great physical traits every player needs to succeed in football.

So much of football is being mentally tough, and getting through full gassers is a mentally draining exercise.

Gassers are one of the most common conditioning drills used by football coaches, especially in the early parts of training camps.

They help players get back into football shape after a long offseason, and help them work on physical and mental toughness.

Most coaches will start with half gassers so their players can get used to the demands of the drill, and then work their way up to full gassers over time.