What is a Squib Kick in Football? (And When to Use One) 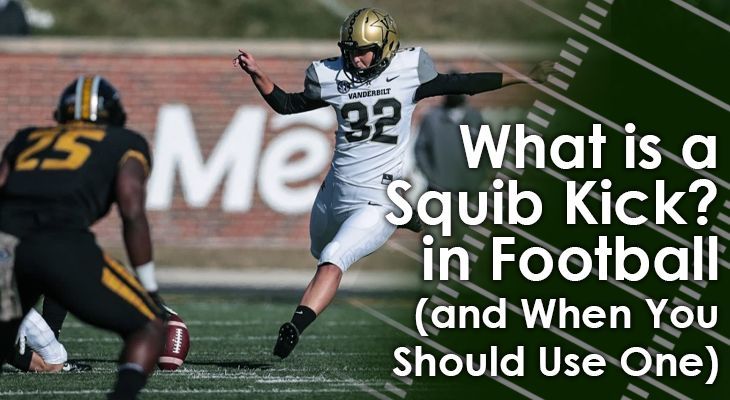 A squib kick is a strategy that teams can deploy if they don’t want the receiving team's best players to return the kick.

It's rarely used in the college and professional game, but is employed at a much higher rate in youth football.

The reason for this is that youth kickers don't often have strong enough legs to force touchbacks.

Meanwhile, college and pro kickers do have the necessary power to kick the ball into the other end zone.  As such, they can just drive the ball deep if they don't want the other team to return the kick.

The squib kick is a type of play the kickoff team can use, but how is it best executed, and when is it best used?

Let's take a look at both elements of this strategy.

How to Do a Squib Kick?

The squib kick is designed to force a non-traditional returner from the kick return team to pick up the ball.

Traditional kickoffs are high and deep, giving the opposing team's best returners plenty of time to get under the ball and return it.

To counter this, the kicker can use a squib kick.

This low-driving kick doesn't travel as far as and targets certain players.

The idea is to direct the ball away from the team's best returners, not pin the return team as deep as possible.

To perform this kick, there are some basic steps that the kicker should take.

First, the kickoff team needs to line up and act as if the play were going to be a normal kickoff.

They shouldn't angle or line up any differently - the same goes for the kicker's approach to the ball.

He shouldn't angle himself any differently, or approach the ball faster or slower than he normally would.

To execute a squib kick, the kicker needs to aim at the middle or upper half of the ball -- and he needs to drive it hard.

The coverage team then must attack the player who is likely to pick up the kick. This means they'll need to angle themselves to approach the tackle.

Instead of running the full length of the field, they may angle more toward a sideline and definitely shorter.

The kicker should aim to place a the kick somewhere between the first line of the return team and the last line.

He should aim to have one of the "up men" return the ball.

In essence, a squib kick is somewhere between an onside kick and a regular kickoff.

When to Use a Squib Kick

A squib kick can be used at practically any kickoff.

There's no single game situation that dictates that it should be used.

Generally speaking though, youth football teams will want to use a squib kick if the other team's return men are very skilled.

If the return men are known for breaking off big returns, the kicking team should counter by using a squib kick much more often -- maybe even on every kickoff.

The great part about a this kick is that even if the ball reaches the main returners, it will get there much slower.

This allows the kickoff team's tacklers to get to the returners quicker, giving them less room to run.

Non-youth football teams will often use a it to control the field position game, too.

For example, teams in the NFL will sometimes use a squib kick near the end of the first half.

This will help them avoid a potential big return by the return team, and tick off more seconds on the clock so the half just ends. 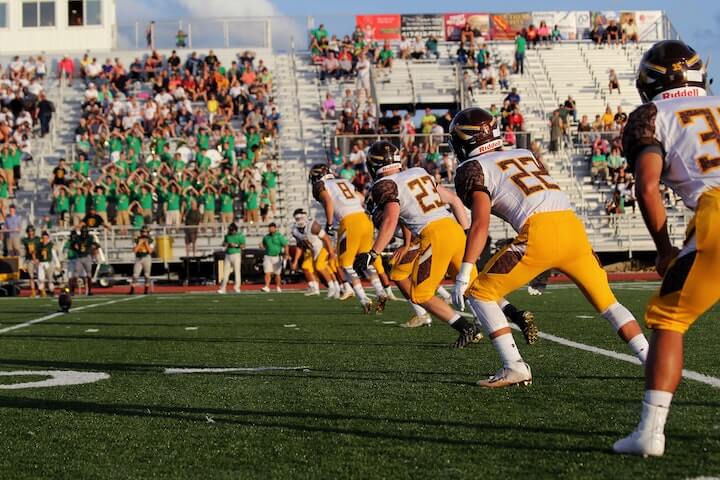 When used properly, the squib kick can be a great tool to help control the field possession game and also manage the clock.

Youth football teams will use it a lot more than other levels of the game.

This is more often than not due to the lack of ability their kickers have in gaining touchbacks on kicks.

The squib kick, then, is a way for these teams to keep the ball out of the hands of the other team's best returners.

It also gives the tacklers more time to pursue the ball carrier.

Whether it be at the youth, collegiate, or pro level, the squib kick is a great tool that every football team should have in its arsenal.