What is a Quarterback Sneak in Football? (Full Explanation)  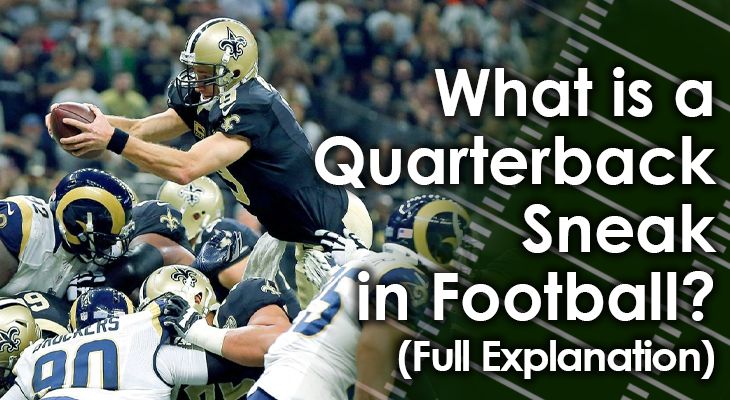 In short-yardage situations, a football offense will often change their play-calling approach to gain just a yard or two.

On third-and-2, for example, most teams will call plays that have the objective of only gaining those two yards necessary so they can get a new set of downs.

Instead of spreading the field out and calling a long passing play, for example, the offense may bring in extra offensive linemen, tight ends, and fullbacks to power the ball forward a few yards on the ground.

Sometimes, the offense will ask the quarterback to gain the yards on his own with his feet by rushing straight forward.

Called a quarterback sneak, this play can be one of the most effective ways for the offense to gain a yard or two so they can move the sticks and keep the drive going.

While a quarterback sneak is never designed to be a big yardage gainer, it's a tough play for the defense to stop -- if executed properly.

All offenses should know how to run a proper quarterback sneak and have it in their repertoire in case they need to go forward a yard or two to keep a drive going.

Let's take a closer look at what a quarterback sneak is and how your team can run it.

What is a Quarterback Sneak?

A quarterback sneak is one of the simplest offensive plays in football.

It involves the quarterback taking the snap from the center and just rushing forward.

Instead of handing the ball off to a running back or passing it to a receiver, he'll immediately tuck the ball and try to gain the necessary yardage with his own legs.

Offenses will use a quarterback sneak in situations where they only need to gain a very short distance to either get a first down or even score a touchdown.

It's unlikely that a quarterback will gain two or three yards with a sneak, though, so you have to be very selective when you call for this play.

The best situation for a quarterback sneak is on third or fourth down with only one yard or less to gain for a first down.

A quarterback sneak can also be effective if the offense is only a yard or so away from scoring a touchdown.

This play can help your team punch the ball across the goal line for a score. 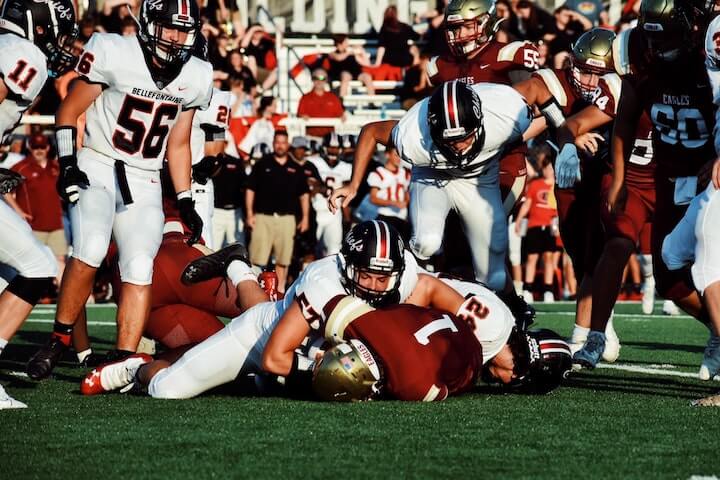 a. The Traditional Quarterback Sneak

A traditional quarterback sneak doesn't look to disguise the play at all.

The offense will bring in extra offensive linemen, tight ends, and possibly even fullbacks in a "big set" formation.

This will naturally cause the defense to bring in extra big personnel trying to clog the line of scrimmage.

The offense doesn’t care about hiding their possible play call in this scenario, as coaches are trusting that their offensive linemen can create a big enough hole for the quarterback to even gain just a few inches on the play.

In this play, the quarterback will line up under center. As soon as he takes the snap from the center, he'll tuck the ball in tight to his body with both arms wrapped around the football. He'll then put his head down and try to drive forward as hard as he can.

The goal for the quarterback is to almost push forward through the offensive linemen immediately, rather than waiting to see where a hole develops.

b. The Delayed Quarterback Sneak

Another option is called the delayed quarterback sneak.

In this play call, the offense may not bring in as big a personnel package as the traditional sneak.

The quarterback will still start the play under center.

This time, though, after he takes the snap, he'll take a step back and quickly scan the field, looking for a possible hole to open up along the line of scrimmage.

He'll look to identify that hole quickly, and then rush forward through that hole.

He must still secure the ball with both hands and duck his head so he can plow forward as much as possible.

Coaches may call this type of quarterback sneak if they have a quarterback who is extra mobile, or if they need to gain more than a yard for that first down or touchdown.

This type of sneak has the potential to gain more yardage than the traditional method, because of the ability of the quarterback to identify an open hole.

The play takes more time to develop, though, so it could also result in a loss of yardage.

Teams that have very mobile quarterbacks can also run a sneak out of spread and shotgun formations.

This is a way to spread out the defense and make them think that a different play is going to be called.

In this situation, the offense would line up in a spread, with maybe only five offensive linemen, four receivers, and one running back.

The quarterback would be out of shotgun, with the running back to his side.

Once he receives the snap, he would delay a bit to try to identify an opening along the line of scrimmage. He may even fake as if he's going to throw the pass.

The running back could serve as the lead blocking back, with the quarterback following him through the hole to gain a yard or two.

Again, this type of sneak should only be used if you have a really mobile quarterback. 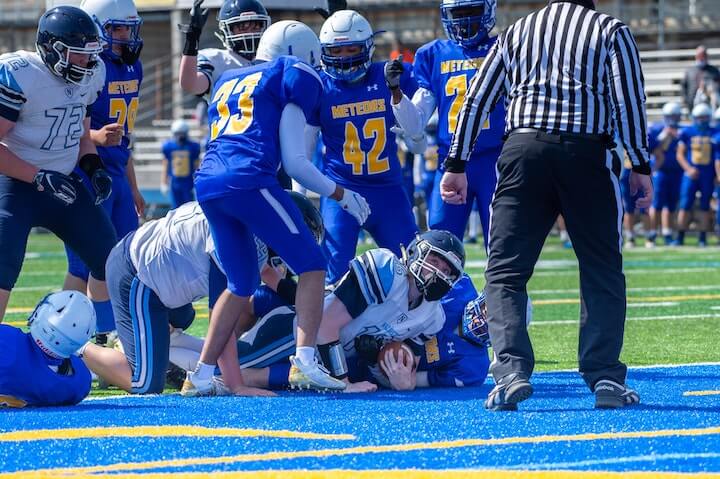 The quarterback sneak is one of the most effective offensive plays at moving the ball forward a yard.

Offenses can call this play on very short-yardage situations when they need to gain even just a few inches to get a first down or punch the ball across the goal line for a TD.

Practicing the different variations of the quarterback sneak will help your team be more successful at it.

But, only call the different variations of the quarterback sneak based on your team's personnel and quarterback's running skills.