What is the Naked Bootleg Play in Football? (Explained)  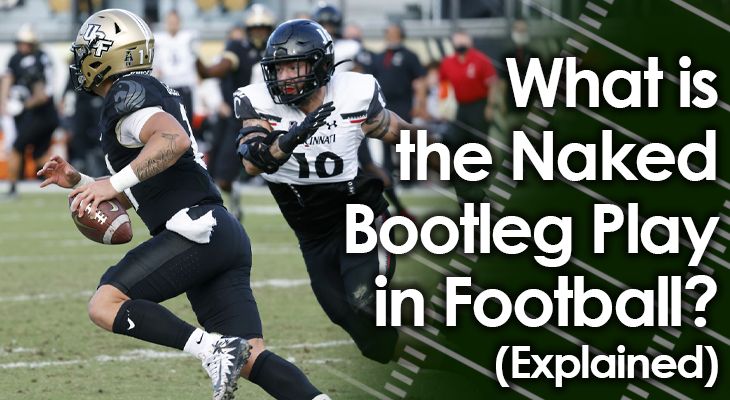 Misdirection plays are extremely important to offenses in football.

They help keep defenses off-balance, which gives the offense a leg up on some plays.

When offenses can "hide" whether they're going to run the ball or pass the ball, they're likely to hold an advantage over the defense. And this advantage can lead to extra yardage and potentially huge plays that result in scores.

One of the most effective misdirection plays in football is called the "Naked Bootleg."

It's a play-action pass, in essence, but it also involves the quarterback completely switching the direction of play and then throwing on the run.

Let's take a look at what the Naked Bootleg play is and some of the ways you can use it.

What is a Bootleg Play?

A bootleg play is quite common in football.

On this play, quarterbacks will run with the football in hand toward either sideline, looking to throw a pass to one of the receivers.

In many cases, the bootleg will start with a fake handoff to a running back to throw the defense off. Then quarterback will then sprint out to either the left or right.

A lead blocker, usually an offense guard, will then pull towards the same direction and accompany the quarterback.

The lead blocker is there to provide the quarterback extra protection as he moves outside of the pocket, and also to give him a few options.

The first option is almost always to throw the ball to an open receiver downfield.

They can either throw on the run to a receiver who is running a route in the same direction, or he can stop, plant his feet, and throw back across the field to a receiver running a deep route or a route toward the other side of the field.

Quarterbacks will also have the option of pulling the ball down and running with it.

This is a great option for mobile quarterbacks, especially, as the bootleg play sometimes creates huge open running room toward the outside of the field -- based on both the fake handoff, the misdirection sprint, and the routes that the receivers are running.

The Problem With a Bootleg Play...

The bootleg is a great misdirection play for offenses in football...

However, there is one giveaway that smart defensive players can look for when trying to identify the play call -- the pulling offensive guard.

The bootleg asks the offensive guard to pull in the opposite direction of where the handoff is being faked.

For example, if the quarterback is going to sprint to the left side of the field, the guard will have to pull to the left as well.

However, the handoff will be faked to the right side of the field -- which creates the change of field misdirection.

Savvy defenders may recognize that the pulling guard is going in the opposite direction of the handoff and be able to identify that the play is going to be a play-action pass to the left. 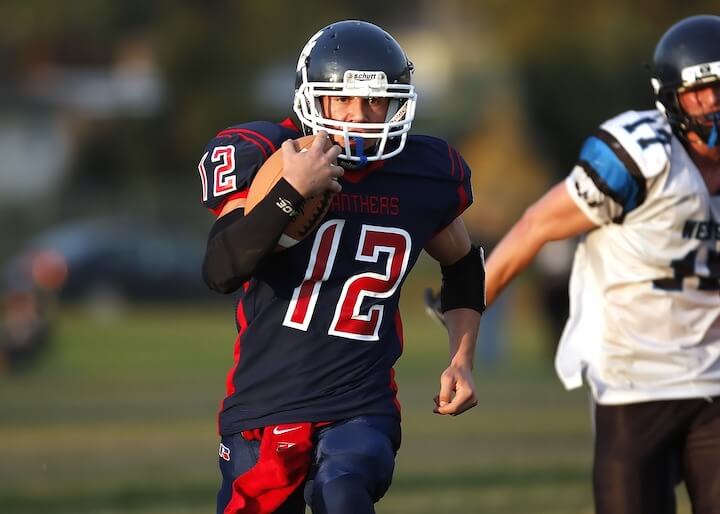 Essentially, it's the same as a normal bootleg with one important difference:

There is no lead blocker for the quarterback.

No offensive guard or other offensive lineman will pull on a Naked Bootleg.

QBs will still fake a hand off on most Naked Bootleg plays, and then sprint out to the opposite side of the field.

This time, though, they won't have a lead blocker serving as extra security in front.

While this leaves them much more vulnerable to an attack from a defender, it can also make it much more confusing for the defense.

With no pulling offensive lineman to give away the play call, it can be hard for defenders to identify what's happening until it's too late.

This is why the Naked Bootleg play can be so effective.

When to Call the Naked Bootleg

Offensive coaches will often call the Naked Bootleg when they want a high-impact play.

This is most commonly called in two situations:

First, if the offense has a really good running quarterback and needs to gain a few yards for either a first down or to cross the goal line, they might call the Naked Bootleg.

In these situations, the offense can stack the line with extra blockers, luring the defense to defend a running play up the middle.

The defense will often stack the line of scrimmage with extra defenders, too, hoping to stop the run. Then, the quarterback will fake the handoff and run the Naked Bootleg.

Most of the time in these scenarios, there will be only one receiver running a route to the same side of the field. This will give the QB an option for a short pass.

In most cases, though, the quarterback will be intending to run the ball himself and gain those few yards.

Second, if the offense wants to complete a long pass downfield, they might also call a Naked Bootleg.

Here, the quarterback will fake the handoff and roll out to one side of the field. Then, he'll stop, plant his feet, and try to throw a deep pass to a receiver running down the middle of the field.

This will hopefully catch the defense off guard and result in a huge passing play.