How Long is a Football Game? (All Levels Answered) 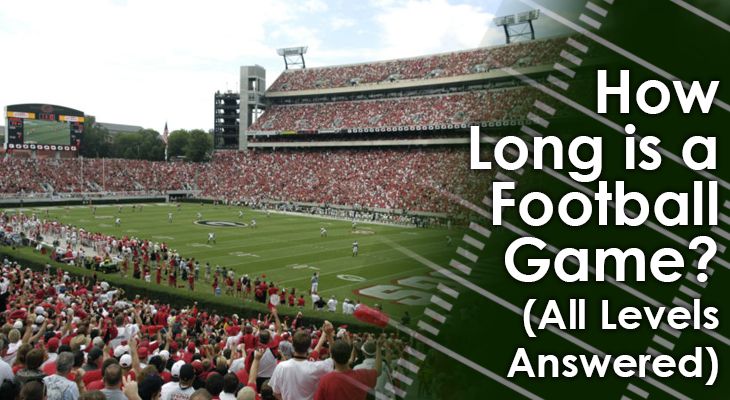 The game of football is organized in a similar fashion for all skill levels.

Games consist of four quarters, with a halftime between the second and third quarters.

After the four quarters are over, there's an overtime period if the game is still tied.

While this structure is true for all levels of football, how long each of these quarters are, as well as the halftime, differs for each level.

In fact, there are even different rules that dictate how overtime is handled.

Let's take an in-depth look at each level to see just how long a football game really is.

How Long is an NFL Football Game?

Games at the professional level of the National Football League are the longest (given the overtime rules) and most physically demanding.

This is for obvious reasons, as players who reach this level are able to withstand the rigors of a full-length game.

Each NFL quarter is 15 minutes long, which means that actual gameplay will be at least 60 minutes, or a full hour.

Of course, there are plenty of stoppages during a game due to penalties and commercial breaks, which are more frequent and a little longer at the professional level.

Translated into real time, each quarter takes roughly 40 minutes to complete on average.

The new NFL rule, placed in 2017, allows a short halftime period of only 13 minutes and 30 seconds.

(However, halftime for the league's biggest event of the year, the Super Bowl, is much longer -- at least 30 minutes long)

So in total, the full duration of an NFL game is approximately 3 hours.

If there's a tie at the end of the four regulation quarters, there will be an overtime period.

In the regular season, NFL overtime is a 10-minute quarter. The game doesn't necessarily have to last that long, however, as one team can win the game before the full clock.

In the playoffs, games cannot end in ties. Therefore, there will be multiple overtime periods, if needed, to decide a final winner. 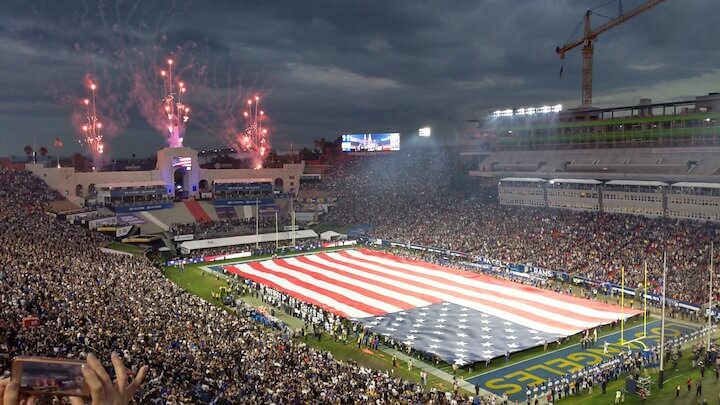 How Long is a College Football Game?

College football has the same structure as the NFL when it comes to the breakdown of quarters.

Four quarters in each game, with 15 minutes in each quarter.

While the total gameplay is the same as in the NFL, a college football game typically takes longer.

On average, each quarter takes 45 minutes to complete in real time.

So, the average college football game is at least 20 minutes longer than the average NFL game.

In addition, college football games have a longer 20-minute halftime break compared to the NFL.

Approximately 3 hours and 20 minutes, in total.

There are also no ties in college football games, regardless of how long it takes.

Overtime periods are not timed and each offense gets one drive with the ball to try to score.

If the game is still tied after the first overtime period, another overtime will happen in the same fashion.

This keeps on going until a winner is finally determined.

This is where college football games can get really long, if there are five, six, seven or more overtime periods. 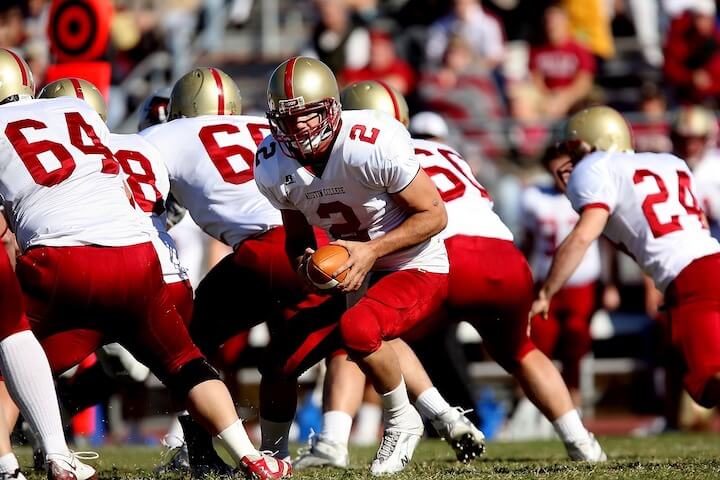 How Long is a High School Football Game?

High school football games are shorter than college football and the NFL.

States use shorter periods so as not to tire out their athletes or put their bodies at higher risk for injury at younger ages.

In every state in the country, each quarter is 12 minutes long.

(Except for Massachusetts who have 11-minute quarters)

For high school playoff games, quarters are shortened even further down to 10 minutes each.

There isn't a standard across for how long halftime is in high school football games, but they typically last between 10 - 20 minutes.

There isn't one governing body that oversees high school football across the country, which is why there is some variation here. Each state has its own regulatory body that makes up the rules.

This type of rule is in place for games in which one team is beating the other by a significant number of points.

When activated, mercy rules dictate how the game moves forward.

When a mercy rule is activated in a game, either the game will end at that point, or the game clock will just not stop for anything at that point forward.

For example, if one team is winning 50-0, a mercy rule would go into effect. 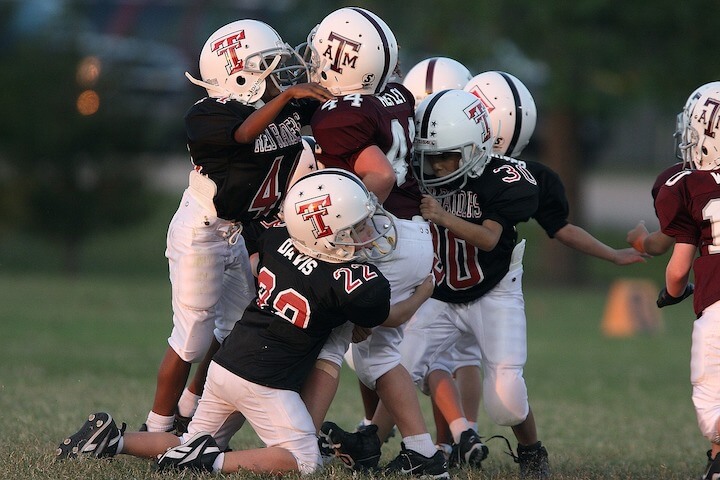 How Long is a Youth Football Game?

Youth football games are the shortest.

This is because youth football is to introduce players to the game, and no one wants to overwork these players too young.

Most youth football games will still have four quarters, but the typical for each is just 8 minutes.

Some of the more advanced youth football leagues -- right before kids get to high school -- have 10-minute quarters.

Some youth leagues have a mercy rule in place, and others do not.

It's also typical that youth football games will not have overtime periods.

This may vary for more advanced leagues, especially for playoff games where a winner needs to be determined.

What is a Jamboree in Football? (Full Explanation)