What Does Redshirt Mean in Football? (Full Explanation) 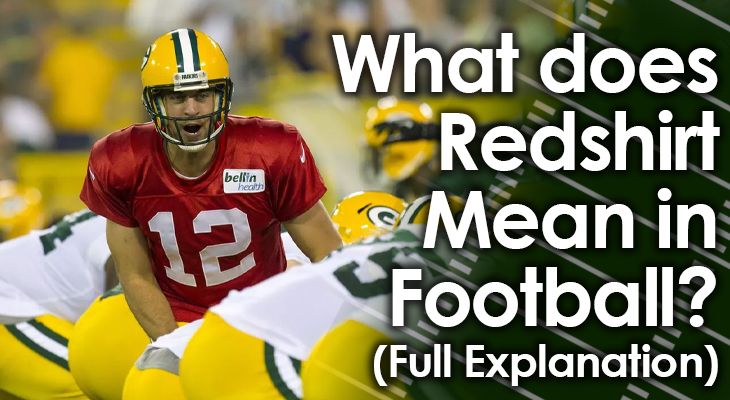 If you're around football enough, you may have heard of the term 'redshirt' before.

Depending on where it’s used, redshirt could mean a few different things.

One of the definitions of a redshirt applies to the game of football at all levels.

It doesn't matter whether you're talking about youth, high school, college or professional football, this type of redshirt has the same exact meaning.

While there's another definition of a redshirt in football that only applies to the collegiate level of the game.

In fact, in this definition of the term, it applies to college athletes of all sports, not just football -- though football is the sport where it's used the most.

So, if you're wondering what redshirt means in football, you'll realize that there isn't one straight definition.

Let's take a look below at two of the most common applications of the word in football and how it applies to the different situations we've already mentioned.

What Does Redshirt Mean?

Redshirt could mean one of two things:

1. Relates to a player wearing a red jersey during practice to signify he's the quarterback or that he's dealing with an injury.

2. Relates to a player in college given extra time to learn the game and adjust to the next level.

As mentioned before, the jersey redshirt applies to all levels of the game, while the other definition applies only to college football -- and all of college sports, actually.

We'll break down the meaning of each of these applications of "redshirting" so you understand the difference and how to use it properly in each instance.

A bright red jersey certainly sticks out on the practice field, and that's the reason injured players wear them.

The redshirt in this case applies at any level of football.

Players who are injured will sometimes take part in practices as part of their rehab.

They may do individual drills when the team breaks out into positions, or they may just do work on their own on the side of the field with a trainer.

In either case, the player will wear a red jersey, or a redshirt, to signify that he is injured and he's not to take part in any contact drills.

Coaches force injured players to wear this jersey so there is no confusion as to which drills the players are and are not allowed to take part in.

This is especially helpful when the roster size is big, and some coaches may not know that a player has limitations on contact or which drills he's allowed to do.

This way, all coaches can quickly identify players that have injury limitations.

This also also helps other players on the field.

If they see someone wearing a red jersey, they know they're not allowed to initiate any hard contact with them at all. 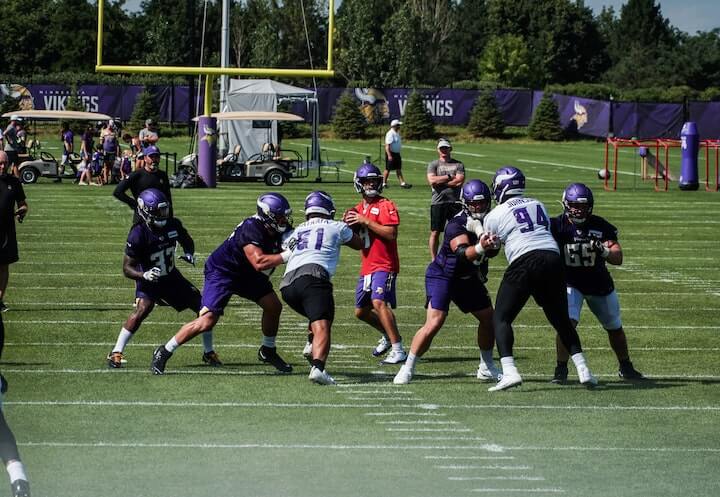 Quarterbacks may always wear a redshirt while in practice.

Instead of signifying an injury, it easily lets everyone identify the quarterback and that he's not allowed to get hit.

This is done to preserve the health of the player at perhaps the most important position on the offense, if not the team.

The last thing coaches want to happen is for their quarterback to get injured in practice because another player didn't know they weren't supposed to hit them.

By making the quarterbacks wear red jerseys, it makes them easily noticeable on the practice field.

This is especially helpful when the team is running full squad practices that do involve some contact. 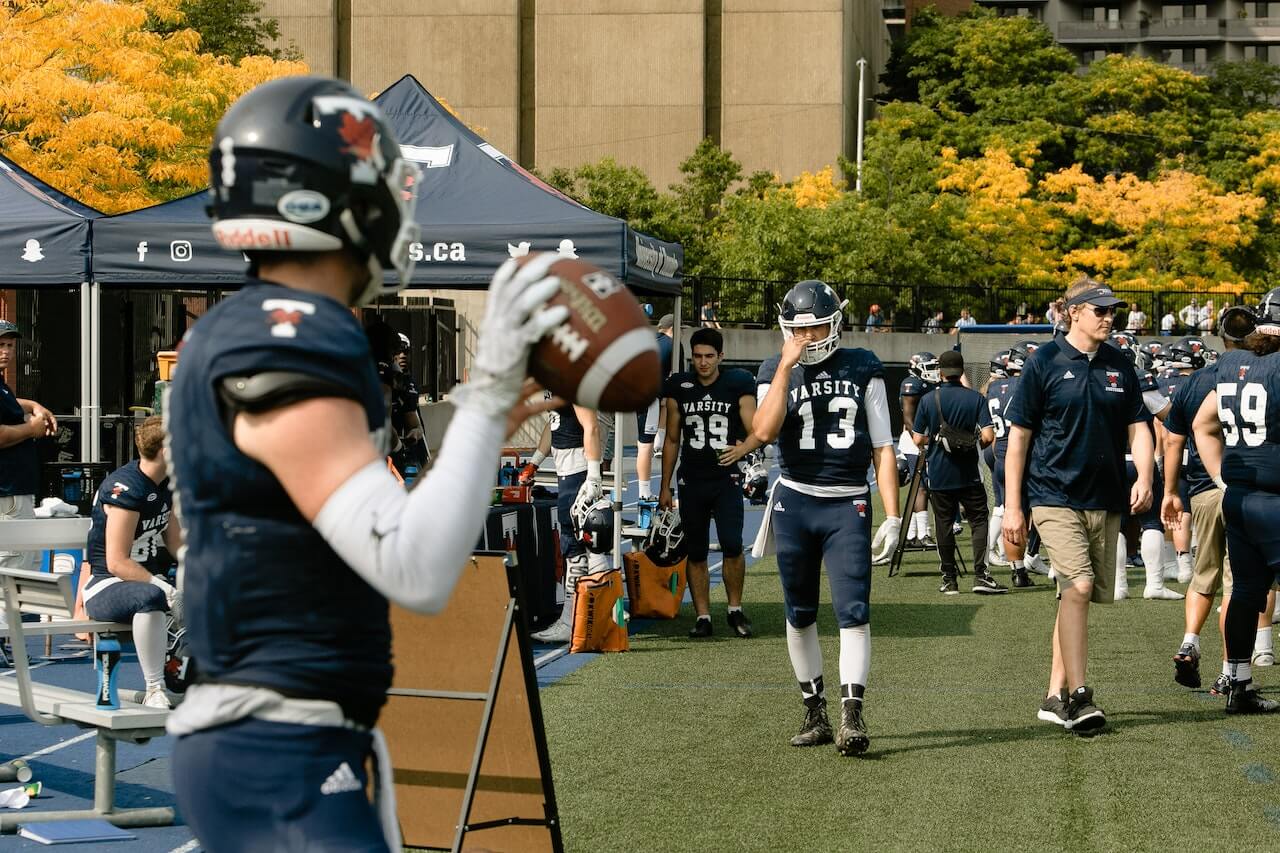 The other definition, as mentioned earlier, applies only to college football.

In this instance, a redshirt doesn't have anything to do with an injured player or quarterback at practice -- though college football teams certainly do use that definition, too.

Instead, it refers to a technical move that the coach makes that gives certain players extra time to adjust to the higher level of the game.

In college football, all players have four years of eligibility to play, covering their freshman through senior years.

However, some freshmen are just not ready to compete just yet due to the massive change in competition as they transition from high school to college.

In other cases, a freshman may get blocked from getting a lot of playing time because of other upperclassmen at his position on the roster.

In these cases, coaches can designate some players as "Redshirts."

This will give that player an additional year of eligibility.

The player won't be able to play in any games when they're being redshirted, but can participate in practice and in film rooms, which allows them to learn the game.

College teams can also use a Redshirt on a player who ISN'T a freshman.

This happens most often if a player gets hurt early in the season.

Rather than forcing him to lose an entire year of eligibility while sitting out with an injury, the coach designates the player a medical Redshirt.

The term Redshirt can mean two different things in football.

One refers to a physical red jersey that players will wear in practice that signifies they can't be contacted.

The other refers to a procedural move college coaches make to give certain players an extra year of eligibility.

Know the difference between the two applications of the term Redshirt so you can know what you're referring to when talking about a Redshirt in football.