What is a Hot Route in Football? (Full Explanation) 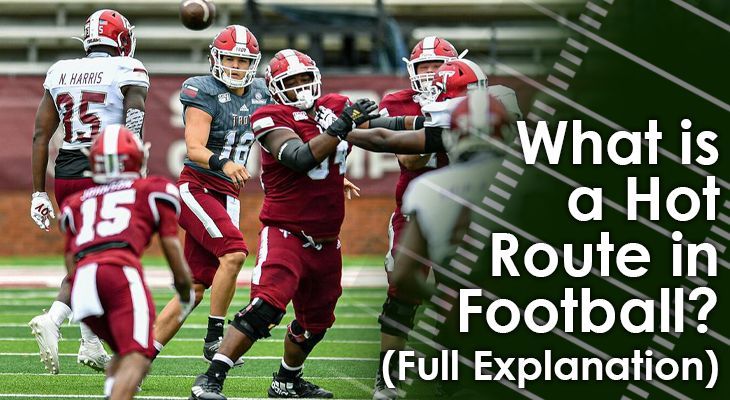 A Hot Route is a quick-hitting passing play that is usually called out of an audible — when the quarterback changes the original play at the line of scrimmage.

"Why does he have to make these last-second changes?"

Well, there are times the play call by the offense simply doesn't match up well to the play called by the defense.

The defense may be lining up different or are bringing extra rushers on the blitz.

Once both teams break their huddle and get to the line of scrimmage, the quarterback (QB) must then survey the field.

It's his job to identify whether he thinks his play call can be successful or not.

If the QB thinks that the play call is NOT a great fit for the defensive alignment, he should have the option to call an audible.

This is a call the quarterback will make at the line of scrimmage, signifying a new play for the offense to run.

In these audibles, we often see a Hot route called.

Let's take a closer look at what audibles and hot routes are how they work. 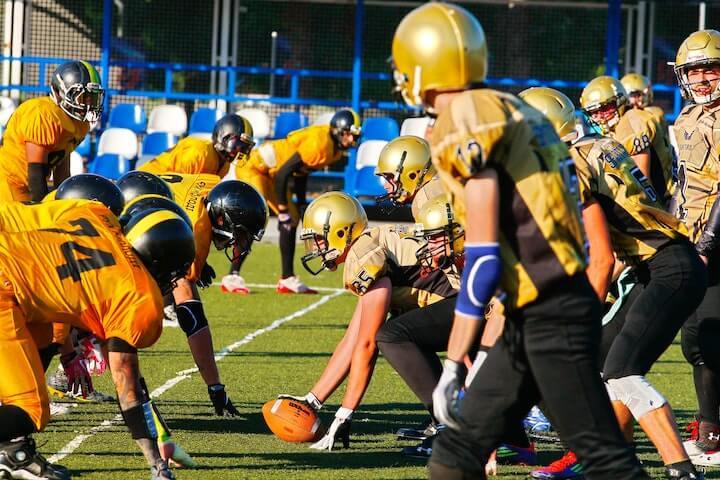 Once QBs master the basics of their position, they are usually given the freedom to call an audible.

Coaches start teaching quarterbacks how to read defensive alignments. This gives him a better idea of whether to change the play called in the huddle or not.

Once coaches feel that the quarterback -- and the team -- can handle quick play changes, they'll designate a few plays as audibles.

Coaches may opt to set one running play and one passing play as audibles.

The quarterback can then choose either of the two if he feels the original play called in the huddle isn't a good fit for the defensive alignment.

The quarterback will signal the audible typically by calling out a certain color.

For example, the quarterback may call "Black 92."

Some teams also simply have the quarterback yell "Kill" followed by the new play.

This signifies he is eliminating the original play call and opting to run another one instead. 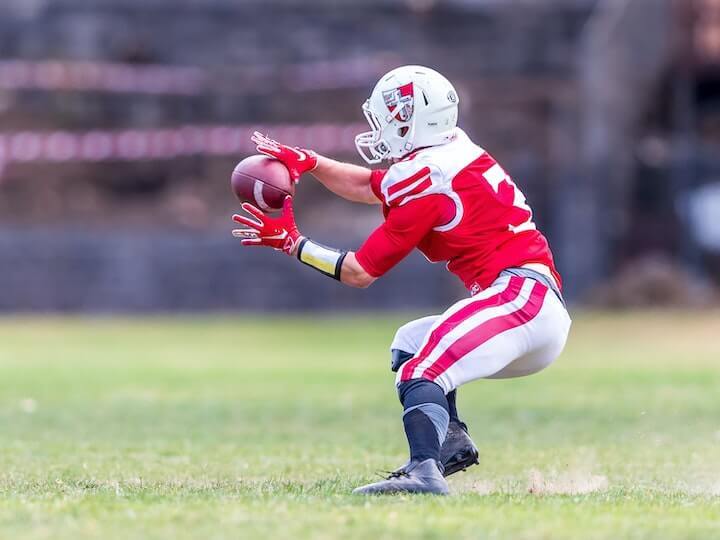 In the audible passing play, one receiver is typically assigned to running the Hot route - called the ‘hot’ receiver.

At youth levels, coaches assign the receiver running the Hot route during practice.

In higher levels, the QB could have the option of designating which receiver to run the Hot route.

Advantages of a Hot Route

Hot routes are usually called in cases where the defense looks to pressure the QB by bringing extra attackers on a blitz.

To counter this, one receiver will run a short route so that the quarterback has someone to throw to at once.

Getting the ball out of the QB's hands early will all but eliminate the threat of the defensive blitz.

It won't give the defenders enough time to get to the quarterback before the ball -- and the play -- is already behind them.

A Hot route is also a great way to force the defense to fill holes left behind by the blitzing defenders.

For example, when an outside linebacker blitzes, he will leave a hole where he usually lines up that other defenders will have to fill.

By calling a Hot route, the offense will be forcing other defenders to react very quickly.

Oftentimes, receivers will have a lot of open field in front of them after they catch the ball when running a Hot route.

What, specifically, is a Hot route, though? -- In reality, it can be any quick-hitting passing route.

In most cases, it will either be a Screen route, a quick Slant route or a quick Curl route.

The Screen Route has the receiver either take a step into the backfield after the snap, or has him slide to either side with his first step.

The quarterback will throw the ball on a Screen almost immediately after the snap.

The quick Slant Route will involve a quick change in direction toward the middle.

The receiver takes one or two steps forward, then quickly pivots off their outside foot, slanting toward the middle of the field at a 45-degree angle.

The QB will look to release the ball almost as soon as the receiver pivots toward the middle.

The quick Curl Route will have the receiver sprint forward about two or three steps and then stop.

He then curls back toward the line of scrimmage and takes a step.

The quarterback will aim to throw the ball once the receiver reaches the top of this route (before he curls back in toward the line). 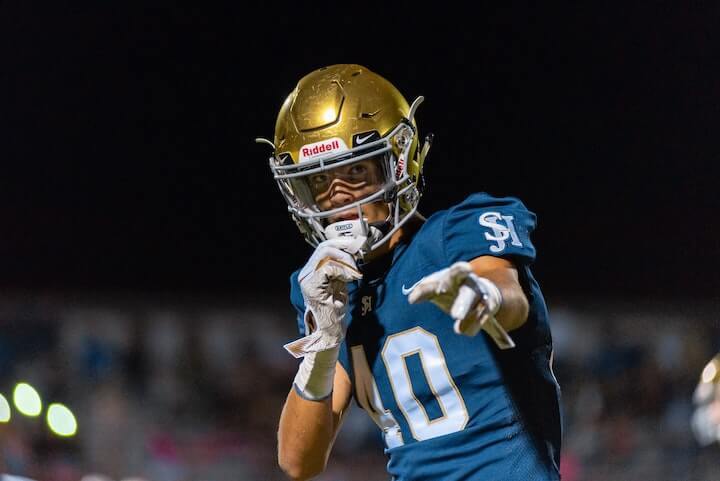 When defenses look like they're bringing extra pressure with a blitz, offenses can counter this by calling a Hot route.

This is a quick-hitting passing route designed to get the ball out of the quarterback's hands as quick as possible.

In many cases, the Hot route will be a Screen, quick Slant or quick Curl route run by a designated receiver.

The Hot route will be 'activated' by the quarterback at the line of scrimmage by calling an audible.