Free Safety vs Strong Safety: What are the Differences? 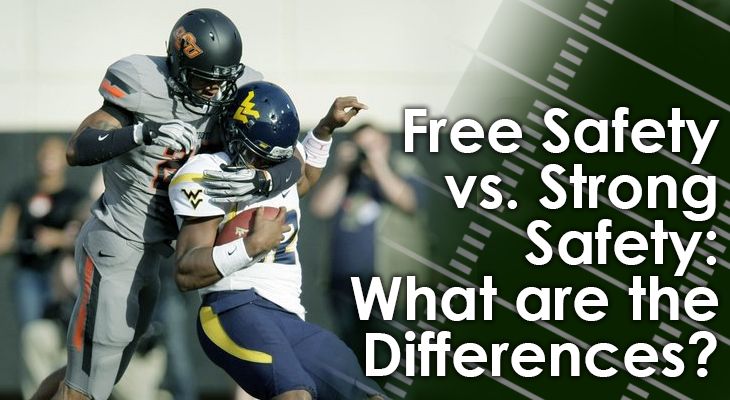 When football teams run base defensive formations, they often have four members in the secondary.

These players will consist of two cornerbacks and two safeties -- a free safety and a strong safety.

While both latter positions are safeties, there are nuances of each position that make them slightly different.

Their duties on the field are different, and as such, the skills required to play each position varies quite a bit.

It's not that a free safety can't play strong safety, or vice versa... it's just that different players have skills that may make them better fits at certain positions.

In many ways, the breakdown between the two safeties is similar to that of the three different linebackers -- the weak-side (or Will), middle (or Mike) and strong-side (or Sam).

Understanding the differences between the two safety positions is crucial in deciding which position is best for you (as a player) or your players (as a coach).

Let's take a closer look at the differences between a free safety and strong safety. 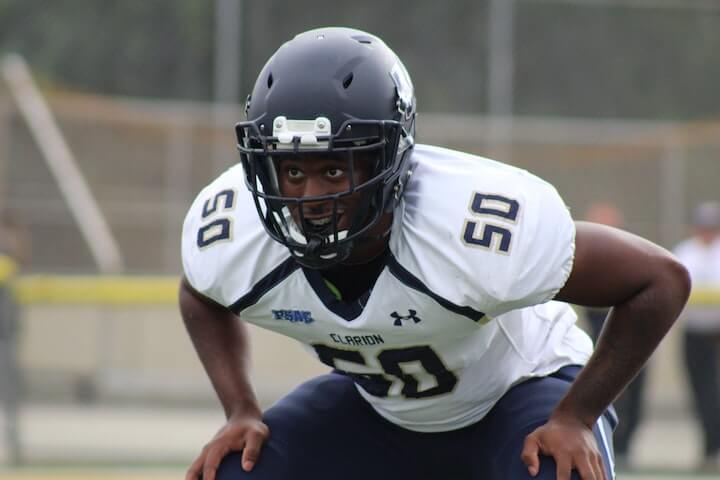 What is a Strong Safety?

A strong safety will start the play on the strong side of the field -- which is determined by how the offense lines up.

In most cases, the tight end will signify where the strong side of the field is.

If there is only one tight end on the field, where he lines up will be considered the strong side. The opposite side is called the weak side.

If there is no tight end on the field -- or if there are two tight ends, with one on each side of the field -- then the strong side is determined by the handedness of the quarterback.

For example, if the quarterback is right-handed in these situations, then the strong side will be the right side of the field, and vice versa for left-handed quarterbacks.

The strong safety will have a lot of characteristics and skills similar to linebackers.

He will be bigger and stronger than the free safety, in most instances, and he will be better at tackling and supporting the run defense than he will be in pass coverage.

Still, coverage skills is a must -- which is why he's in the secondary and not a linebacker.

Since strong safeties focus a lot on stopping the run, they will start near the line of scrimmage a lot.

In pass coverage, they are often responsible for picking up tight ends.

Coaches try not to have them cover wide receivers a lot, because most strong safeties don't have the speed to keep up with most wide receivers.

A lot of times, you will see strong safeties come on blitzes from the outside or the inside.

Defensive coaches can almost "hide" strong safeties in the pre-snap formation so that offensive linemen have a tough time picking them up to block. That allows them to run free toward the quarterback on a blitz.

At the same time, strong safeties can fill in the coverage duties of linebackers when the linebacker is asked to blitz.

For example, if the Sam is blitzing on a particular play, the strong safety might step in and take over the Sam's normal coverage responsibilities. 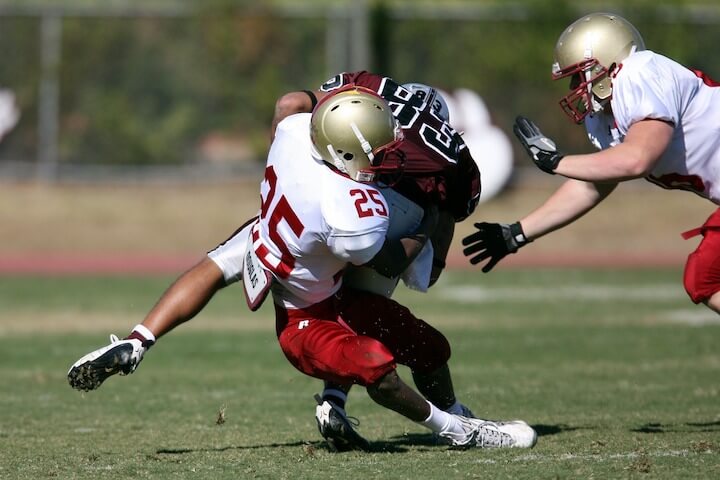 What is a Free Safety?

A free safety will start the play by positioning himself on the opposite side of the field as the strong safety -- the weak side.

The weak side of the field is determined by the same rules as discussed above.

Free safeties are typically more similar in stature, skills. and characteristics to cornerbacks than they are to linebackers, which is what makes them different from strong safeties.

The free safety is considered the last line of defense for his team. If any player gets behind him, that player will be off to the races toward the end zone.

Because of this, free safeties are often much more focused on pass defense than run defense.

It's not that a free safety won't chip in and help with run support -- it's just that they will do it in slightly different ways.

Against the run, the strong safety can creep up to the line of scrimmage and be more aggressive in trying to tackle the ball carrier or force him out of bounds.

The free safety, meanwhile, has to stay back and mirror where the play is going. Again, they cannot allow any ball carrier behind them, as this will likely result in a touchdown.

On passing plays, the free safety will serve as over-the-top support coverage for one of the cornerbacks.

Depending on the play call, the free safety will scan their side of the field. Any receiver who gets behind a cornerback -- with or without the ball -- is then his responsibility to pick up.

Strong safeties may have this responsibility in pass coverage, too, depending on the situation of the game.

If the defense is running a two-deep zone coverage, for example, then both safeties will stay deep and provide over-the-top support to the cornerbacks.

In man-to-man defenses, free safeties will often cover a third or fourth wide receiver on the field.

They typically do not cover tight ends, however, unless the strong safety is blitzing on that play.

The free safety and strong safety are similar positions with minor differences between the two.

In this way, they are a lot like the three linebacker positions.

Players who are safeties can change between the two positions, but there are specialists who are much more fit for one over the other.