The Role of a Defensive Coordinator in Football (Responsibilities, Salary) 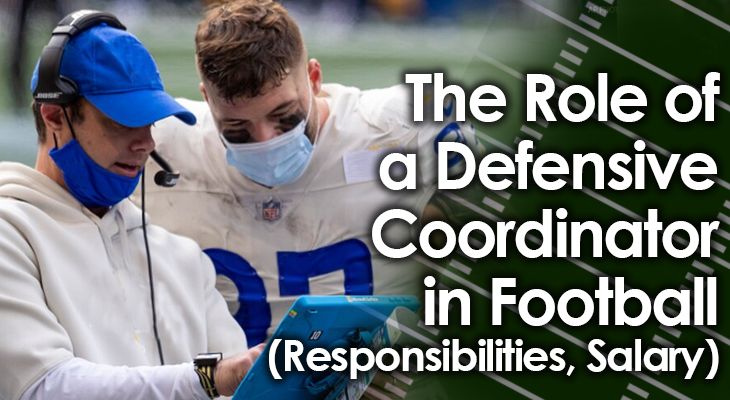 A lot of attention in football gets put on a team's head coach, and the final credit and / or blame for how a team performs falls into their lap.

There's good reason for that, too, as the head coach is ultimately responsible for everything that happens with the team.

In essence, the head coach is the CEO of a football team.

But like any good CEO at a company, they need a solid supporting staff to help make things run smoothly.

Each of these coaches is responsible for one of the main units on a football team -- the offense, the defense, and the special teams.

These coaches hold full responsibility over their unit, the plays they run and the players on the field.

They are executives on the team -- to use the business analogy -- and essentially serve as the head coach for their particular until.

Let's take a closer look at the role of a defensive coordinator, including their responsibilities and salary.

The defensive coordinator's main responsibility is to run the defensive unit effectively.

The defensive coordinator can't manage to do all of these alone -- especially throughout an entire football season.

Which is why they, too, have many other coaches who work directly underneath them as supporting staff.

Let's take a look at the most important responsibilities:

Different teams may certainly have a slightly different approaches when it comes to defensive coaching staff.

However, the typical staff will have separate coaches in charge of the defensive line, the linebackers, and the secondary.

Each week, the defensive coordinator works with all of the assistants to cover the game plan for the upcoming game.

This includes not only going over the general plays, but the specific ones that might work well against the upcoming opponent.

During the practice week leading up to the game, defensive coordinators will work hand-in-hand with their position coaches to come up with a specific schemes to run on game day.

This could be out of a base 3-4 alignment or 4-3 alignment, based on the team's personnel and the offense that is likely to be used by their opponent.

Then, all the coaches will implement this scheme with the players on the practice field.

They can do this by setting up dummies or getting a scout team to act as the opposing team's offense.

This will help the players understand the alignment and better prepare them for what they will likely face in the upcoming game. 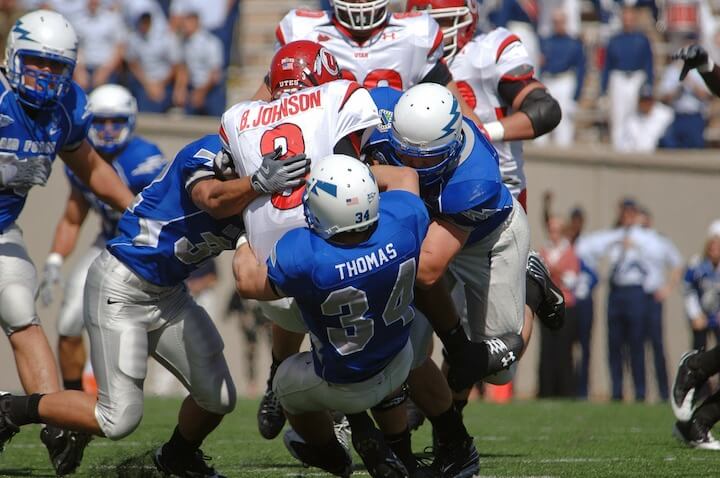 A lot of work during the week will also happen in the film room.

The defensive coordinator will run tapes of the opponent's games to show the defensive unit exactly what they're dealing with.

They'll show important details about how the opposing team runs their offense, their tendencies, and what to look out for.

Position coaches will step in when necessary to add emphasis or to explain in more detail specific situations.

On game day, a defensive coordinator's job might include calling the defensive plays.

Some head coaches handle this duty, though, so it really depends on each individual team.

Some defensive coordinators will be on the sideline for games, while others prefer to get a birds-eye view of the action from the booth in the stadium.

Again, this is really a personal preference between the defensive coordinator and the head coach.

Regardless of whether they call the plays or not, they will be responsible for tracking the performance of the team on each play.

Defensive coordinators must then make adjustments to the defensive plan as the game progresses. 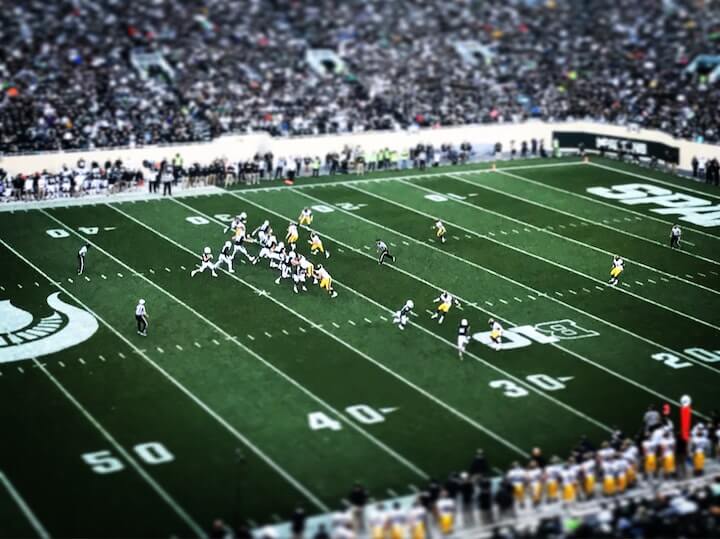 The three coordinators will often make the most money among the coaching staff, aside from the head coach.

Currently, the highest-paid defensive coordinator in the league is Todd Bowles, who makes $3 million per year with the Tampa Bay Buccaneers.

The salary range in college is much larger than in the NFL.

Before he was recently named the head coach at Oklahoma, Brent Venables was the highest-paid defensive coordinator in college football -- earning $2.5 million with Clemson University.

The defensive coordinator is one of the most important coaches on a football team, and as such, he's often paid very well for his job.

They are essentially the "head coach of the defense," responsible for all players, staff, and schemes on that side of the football.

The Ultimate Guide to 7 on 7 Football (Rules, Positions, and Plays)