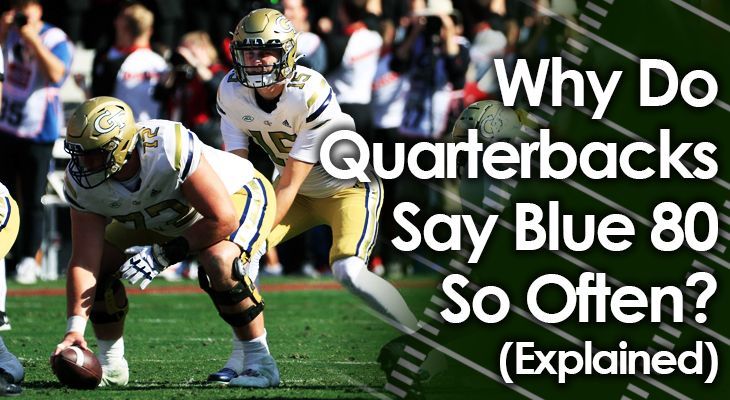 If you've watched a game of football on TV, you have probably heard a quarterback utter the phrase "Blue 80" multiple times.

It's said when the offense is lining up at the line of scrimmage, after they break out of the huddle, and before the center snaps the ball.

This is all part of what's known as the quarterback's cadence.

That's the set of words and numbers he calls out before a play that helps the rest of the offensive players know when the play is about to begin.

This allows offensive players to time the start of the play, which gives them a step ahead of their defensive counterparts.

Below, we'll dive further into why quarterbacks say Blue 80 so often, what a cadence is and how quarterbacks use it, and how different teams will approach the phrases the quarterback uses at the line of scrimmage.

Why Do Quarterbacks Say Blue 80?

Each offensive team sets the normal cadence and the different "code words" that the quarterback uses during the preseason and all throughout practices.

All players need to fully comprehend the many different phrases the quarterback will say so they know what they're supposed to do.

Done correctly, the offense is able to maintain its advantage over the defense.

The advantage here is that the offensive players will know what play they're about to run and when the snap will happen.

This cadence is what allows them to do just that.

Specifically, the phrase "Blue 80" is one of the most common phrases quarterbacks use as part of their cadence.

Next, we'll talk about the different ways the phrase can be used. 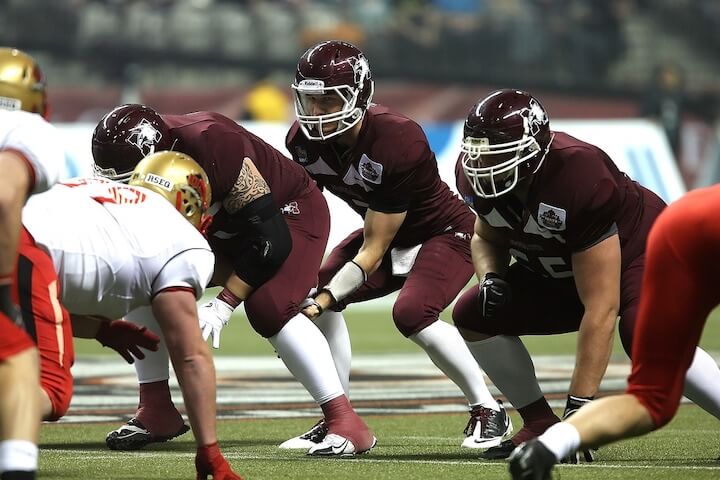 For this part of our analysis, let's just assume that all offenses use the phrase Blue 80 as part of their cadence.

If the play was supposed to start "on one", the center will then snap the ball as soon as he hears the word go.

Since the other offensive players know the play is "on one," they can time the snap of the ball based on what they know the QB's cadence will be -- both the words he's going to call out and how fast it normally takes him to do so.

Drilling further into Blue 80 itself, different teams may use this in different ways.

For example, some teams might use Blue 80 as part of their "base cadence."

This would mean that if the play is going to stay the same as the one called in the huddle, then the quarterback will say, "Set. Blue 80. Blue 80 …"

Other teams, by contrast, may use Blue 80 as the signal that the quarterback is going to call an audible, or change the play that was called in the huddle.

If they do that, they will typically follow it up with whatever the new play call is after the phrase.

In this case, the phrase "Jet Fire" would serve as the new play call.

The above is a simplified version of what's often called in a cadence.

Many teams will use some different variation of the Blue 80 phrase.

Some quarterbacks may use a different color to signify that he's calling an audible, followed by a different number that signifies the the specific audible.

For example, if the quarterback wants to call an audible, his cadence might go:

In this case, the word 'Black' serves as a signal to the offensive players that an audible is coming. Then, the number '74' signifies exactly what the play will be.

For this to work, the team will have had to study and work in practice to know what play #74 is, so that they instantly know play they're supposed to run after the quarterback calls the audible.

At more advanced levels of football, the team may work in multiple colors along with different numbers for audibles.

Black might signify a pass, for instance, while Green signifies a run. 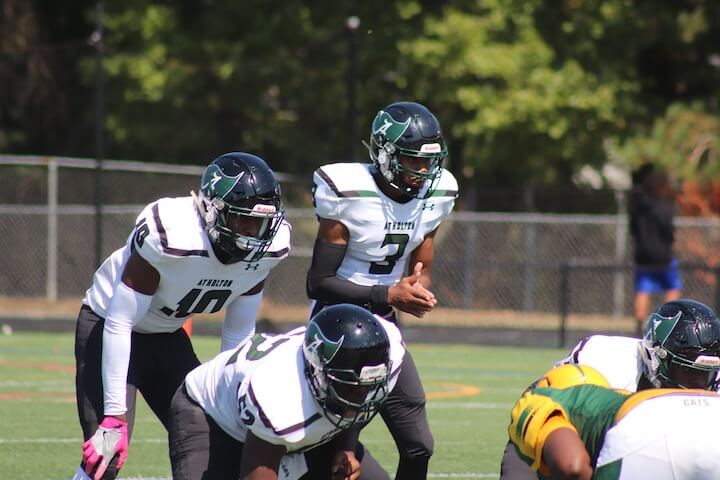 Why Switch It Up?

If every team used the same cadence and the same codes for all their plays and audibles, defenses would quickly catch on to what was happening.

The goal of any offense is to stay one step ahead of the defense.

To do this, offenses should avoid tipping their hat as to what play they're about to run -- or on how many "counts" they're going to run it.

Offensive coaches will come up with their own variations of Blue 80 as part of the quarterback's cadence so that defenses aren't able to key in on what play they'll run next.

Now that you know what it stands for, you can start paying attention to how different teams use the phrase and how they alter their cadence to their liking.

What are Downs in Football? (Full Explanation)